West of Žilina near the Váh river, the ruins of what was originally the Romanesque Hričovský hrad Castle exist. It is one of the oldest castles in the middle part of the region of Považie.

The first written reference to the Castle is from 1265. First, the crown owned it then its owners alternated. It fell in decay in the 17th century and now only the palace walls and the tower remain.

The beautiful view from the ruins of the surrounding mountain ranges and the Váh valley enhances the pleasant experience of the trip. The imposing limestone rock called the Hričovská skalná ihla (The Rock Needle of Hričov) is also near the Castle.

Access: on foot from the village Hričovské Podhradie following the red hiking marks (it takes about 45 minutes). It is possible to continue walking as far as the Súľov Castle. 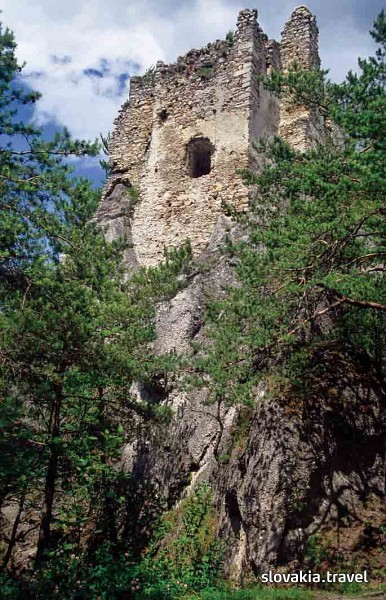