The funicular to the peak Lomnický štít

One of the much sought out attractions of the mountain range Vysoké Tatry is the funicular to the top of the peak Lomnický štít, the ride on which together with beautiful view offers an unforgettable experience.

The first section of the funicular from Tatranská Lomnica to Skalnaté pleso (closed now) was constructed in 1937. The other, more demanding section from the lake Skalnaté  pleso to the top of the peak Lomnický štít was built and started to operate in 1940.

This was how the Tatras were given, for that time, a unique technological work. For its parameters, no other matched it in the world until 1958.

The funicular operates between the lake Skalnaté pleso and the top of the peak Lomnický štít suspended on a 1,867 metres long rope. Along its route the funicular overcomes the altitude difference of 868 metres. Originally it was only supported by one pillar set in the southern face of the peak. After the general reconstruction it manages even without the one. In 1973 a new cabin funicular was introduced. It transports visitors between the commune Tatranská Lomnica and the lake Skalnaté pleso. 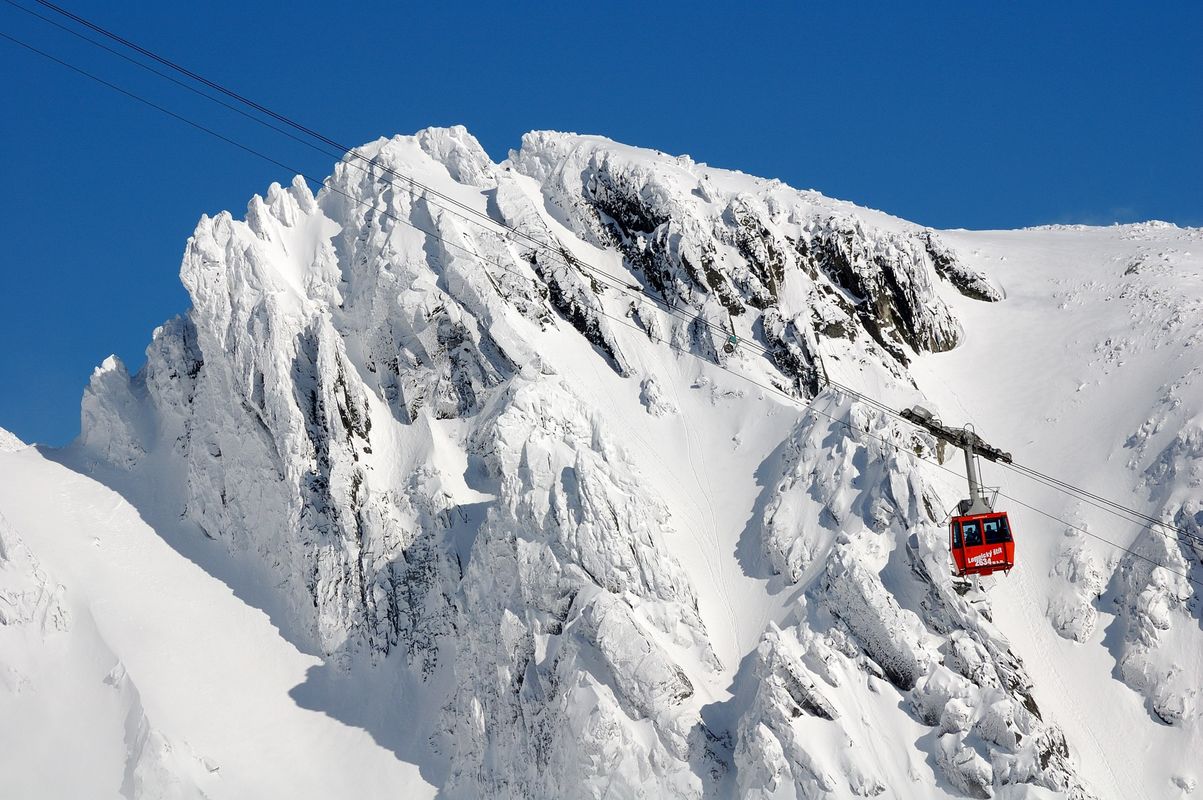 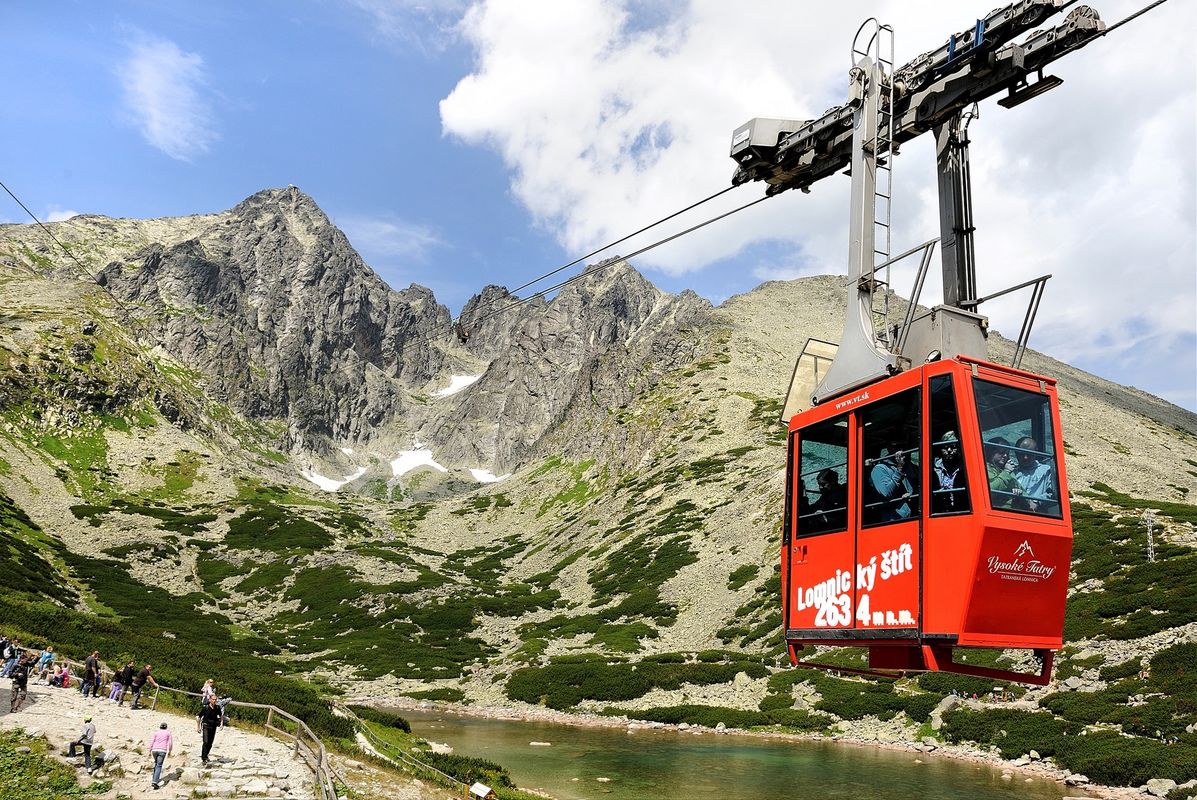 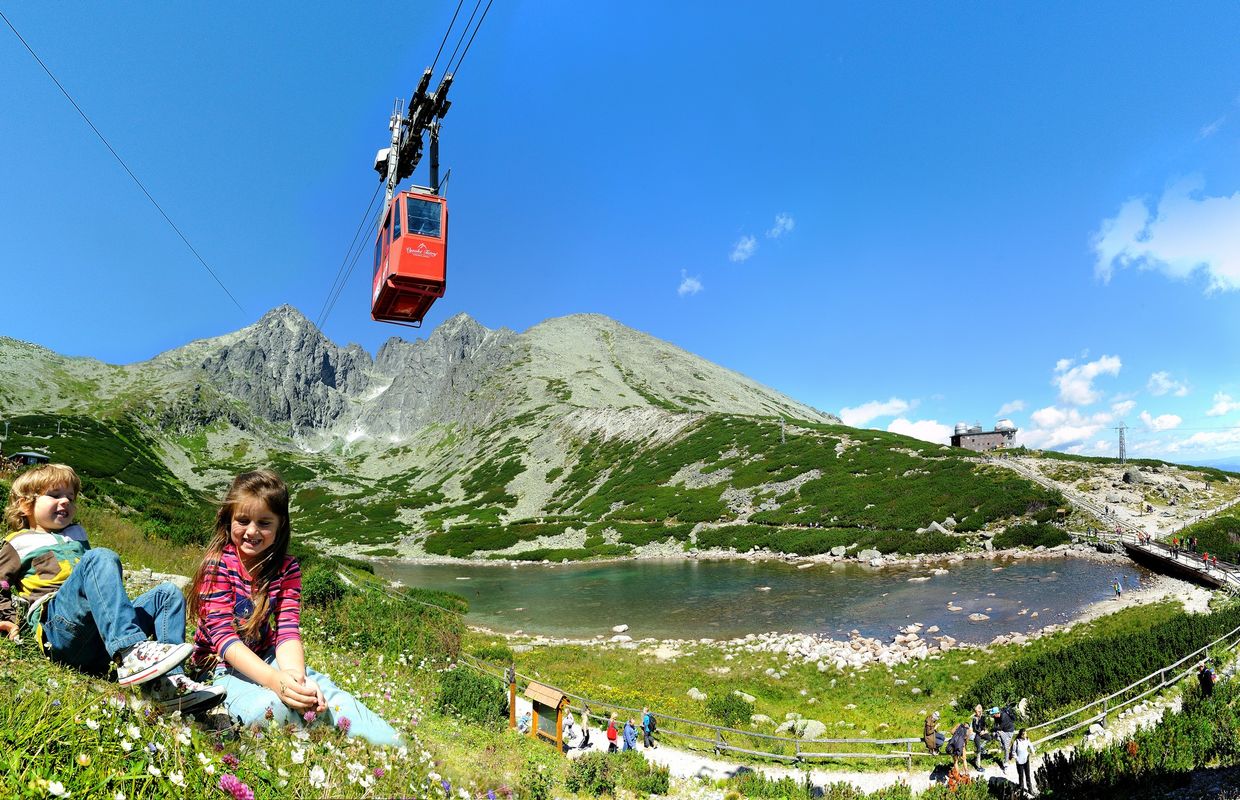