The Festival of the Ruthenian and Ukrainian Cultures (June)

The Festival of the Ruthenian and Ukrainian Cultures of Slovakia in Svidník is the oldest folklore festival in Slovakia.

The festival has been organised every year since 1956 in the middle of June in the open-air theatre in Svidník and the contiguous areas. It lasts for three days. The event is organized by the Association of Ruthenians - Ukrainians of Slovakia, the town of Svidnik, the Slovak National Museum - Museum of Ukranian Culture in Svidnik and other entities.

The festival presents folk traditions and culture of these original ethnic groups from north-eastern Slovakia. The festival of Culture of the Ukrainian and Ruthenian has a rich and long tradition, a large number of folklore ensembles not only from Slovakia take part in it as well as several thousands of spectators. 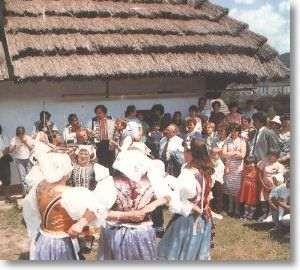