The European Folk Craft Festival in Kežmarok is the most important and the greatest presentation of folk crafts in Slovakia.

The festival is organised every year during the three days of the second weekend of July, The festival originated in 1990 as the first one of its kind in the former Czechoslovakia.

The best masters of traditional handicrafts from Slovakia as well as from all Europe present their products here. Right in place they demonstrate their art, whether they are smiths, jewellers, artistic tinkers, potters, weavers, decorators of eggs, makers of honey-cakes, fujara makers, makers of the typical shepherds´ wooden mugs called črpák, cornhusk products makers and others.

The festival would not be complete without a rich cultural programme with performances of folk ensembles, falcon trainers, street theatre, fencing and also an abundance of Slovak national dishes and a cheese market. 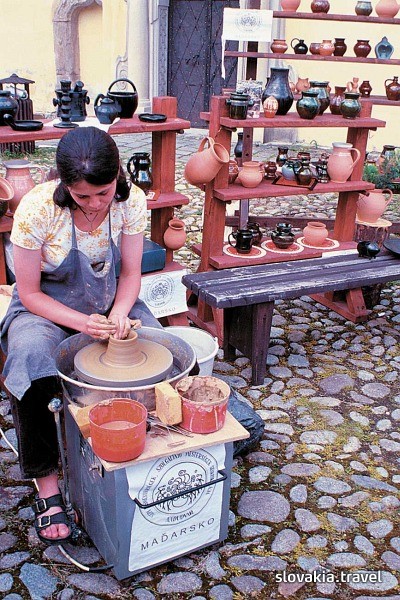