From 10 September, 2014 in Incheba Bratislava, the DINOSAURIUM, a unique exhibition will be opened to introduce part of one of the largest collections of authentic dinosaur skeletons and fossils in the world.

The exhibition will offer more than 50 exhibits, dominated by the almost 300 million years old skeletons and fossils loaned from the Borisiakov Paleontological Institute of the Russian Academy of Sciences in Moscow. A more than 200-member team of scientists have created in the course of many years of research into prehistoric animals from their remains one of the most complete collections in the world.

The exhibition is complemented by the projection of documentary films (e.g. produced by the BBC), which introduce visitors to the historical context of the lives of these prehistoric creatures. Also, for little visitors, who in addition to the excitement of the dinosaurs, will be able to have fun in the children's corner, where among others, films for children will be screened. The exhibition can be seen until 6 January, 2015.

Adults: From 12,- €
Reduced admission fee: From od 8,- €
Complete pricelist to be clarified by service provider. 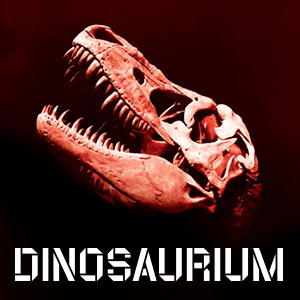