The Courtyard of Europe in Komárno

The Courtyard of Europe is the name for the unique architectural work of the architects from the Atelier Europe in Komárno. The buildings in the new square with a surface of 6,500 m2 are stylistically designed and they represent historical architecture typical for particular parts of Europe.

The historical centre of Komárno, a town situated in the south of Slovakia, on the bank of the river Danube, and the Courtyard of Europe are linked by entrance gates: the gate of St. Stephen, the gate of Belo IV, and the gate of Mary Theresa.

The gate of Mathew I. opens from the side of the inner park of the Zichy Palace. Mathew I was the best-known king in our history, who was closely emotionally connected with the town of Komárno. This gate is one of the landmarks of the Courtyard. With its shape and colours, it reminds the buildings built during the reign of Mathew I.

In the middle of the square stands a functional copy of the original well which used to stand in the main square, in front of the Town Hall until 1878. 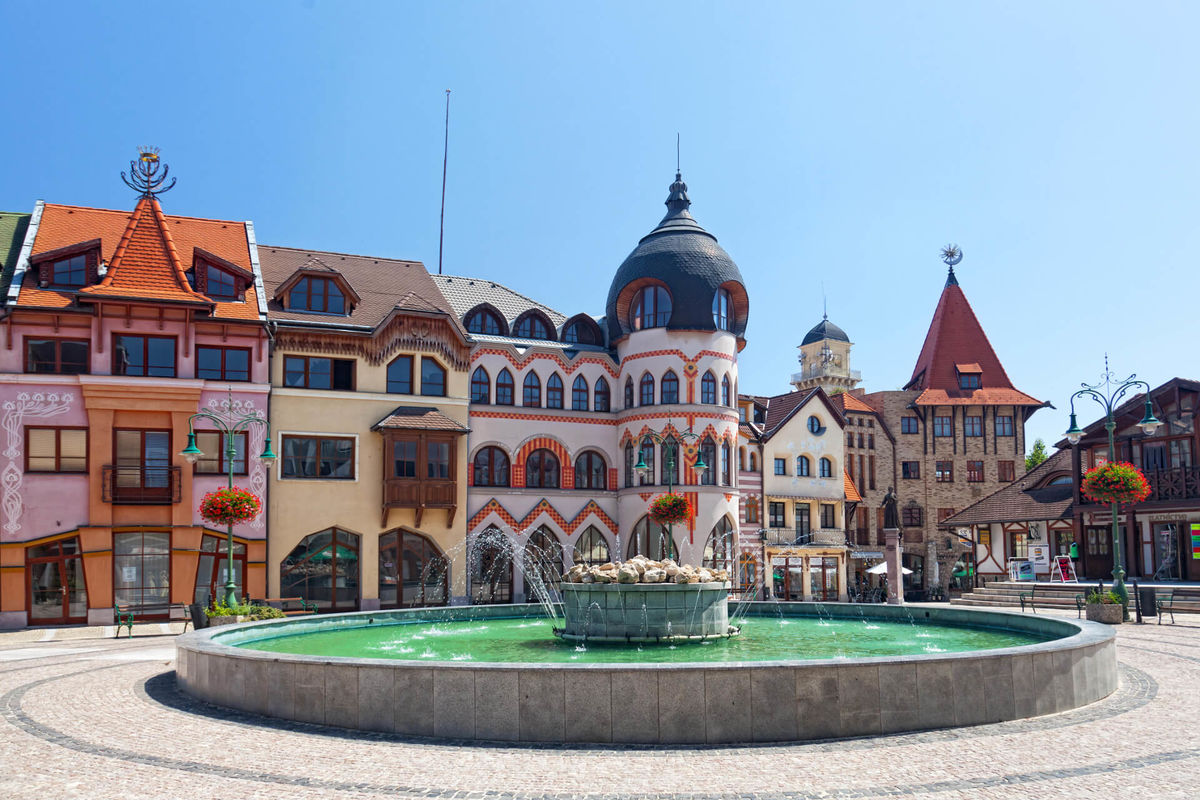 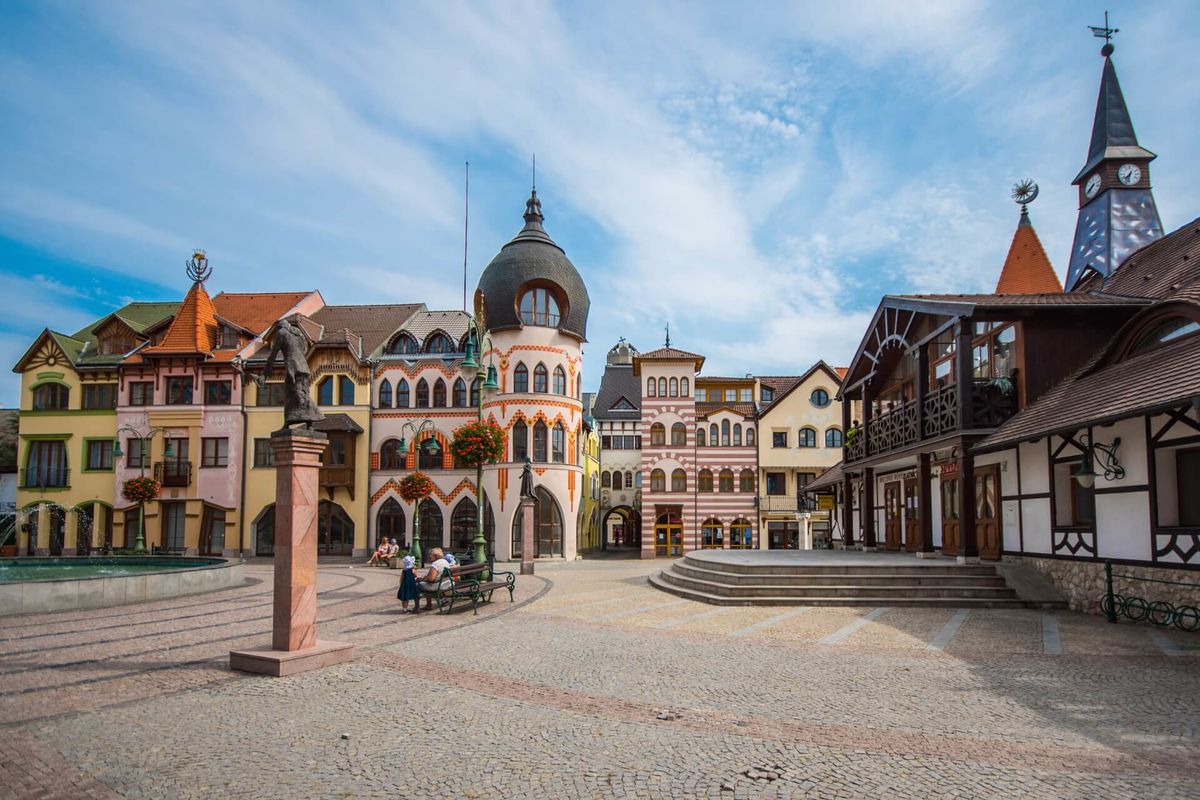 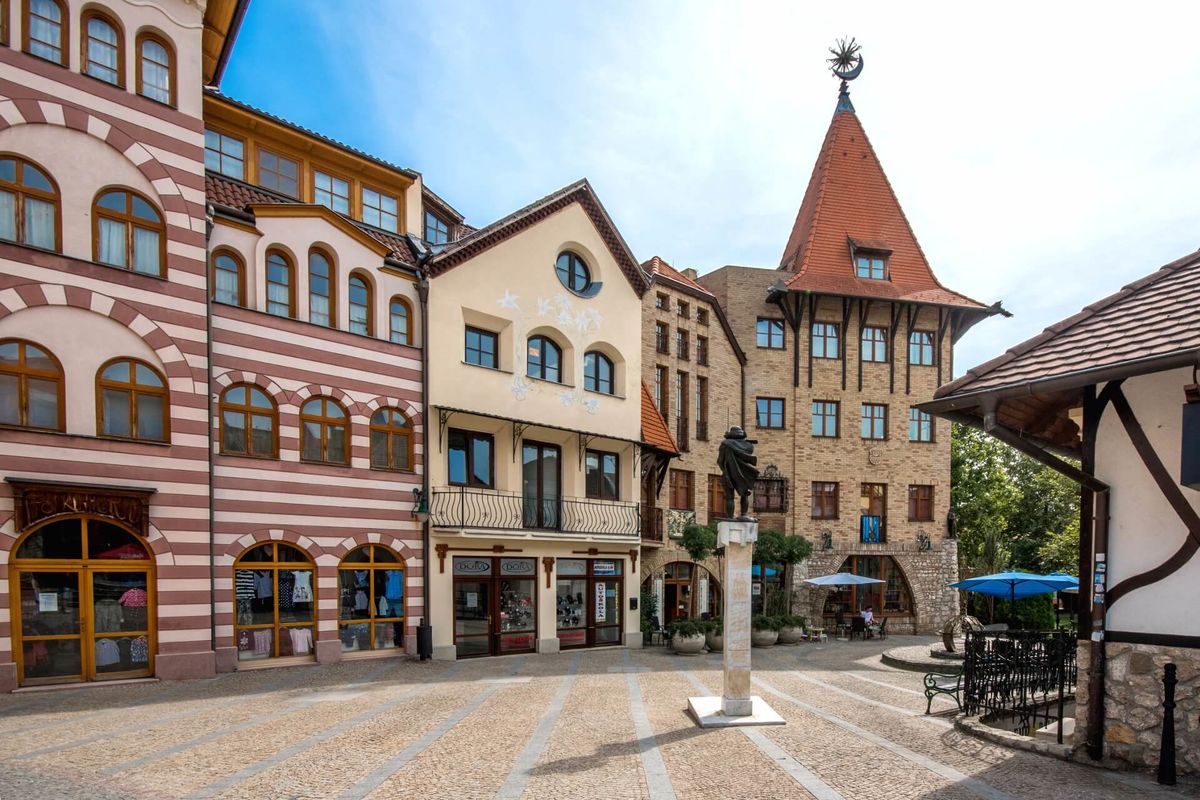 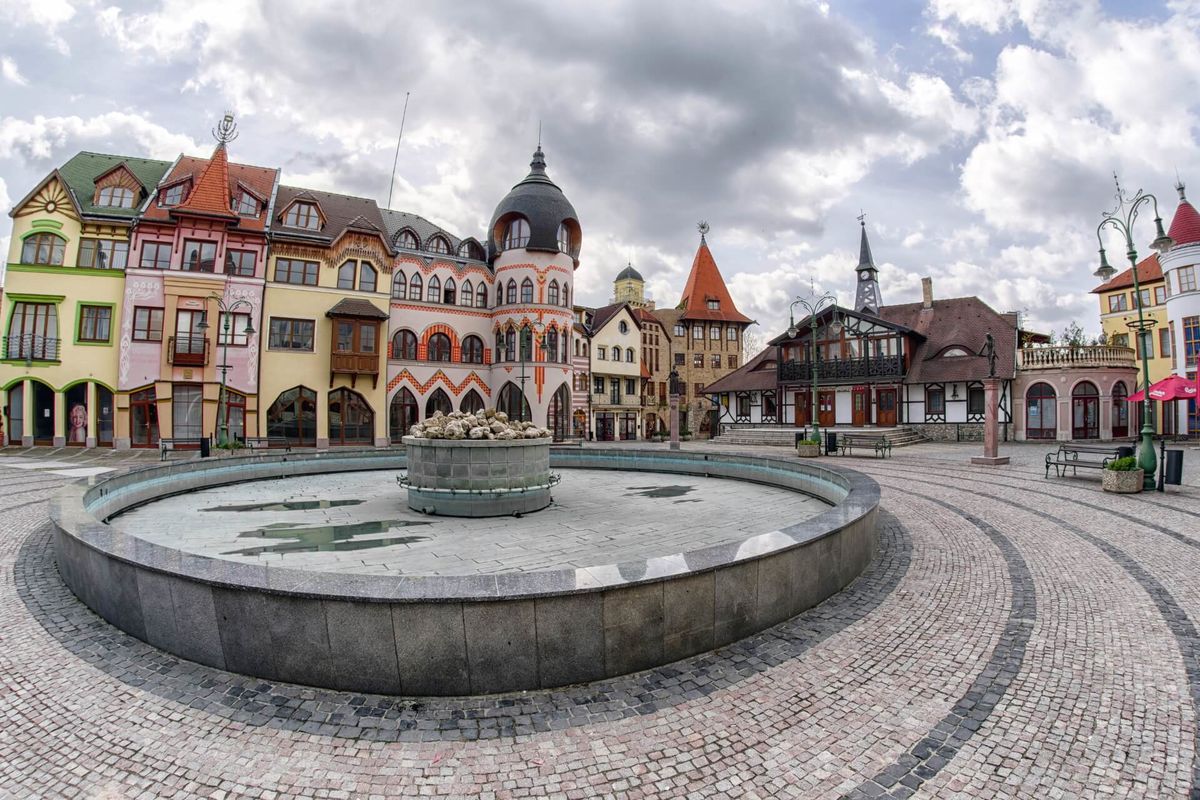