The sightseeing of Bratislava starts at the embankment of the Danube below the dominant of the city - the Castle of Bratislava. It follows the coronation trail that took place in Bratislava from the 16th century.

The reminiscent event organized every year is the Coronation Festival which takes place next to the St Martin Minster, the sacral symbol of the city. Its wonderful tower with gilded copy of the crown that was once born by the kings of the Kingdom of Hungary on top is the first interesting landmark. Gilded little crowns in the pavement trace the route of kings through the town. It leads through the narrow lanes as far as the Hlavné námestie square with the Renaissance Maximiliáns fount and the statue of the legendary Knight Roland, the protector of towns.

The route of trail continues to the Franciscan church and further to the Námestie SNP square as far as what is today the Námestie Ľ. Štúra square on the embankment of the Danube river. This square bore the name Coronation square until 1939 because it was the venue of the final ceremony of the coronation feast. The newly crowned King of Hungary concluded the feast by ascending to coronation monticule where he waved the sword to the four cardinal points. The walk through the town can be as well concluded by the visit to the Castle of Bratislava or a short trip on boat to the Castle Devín. 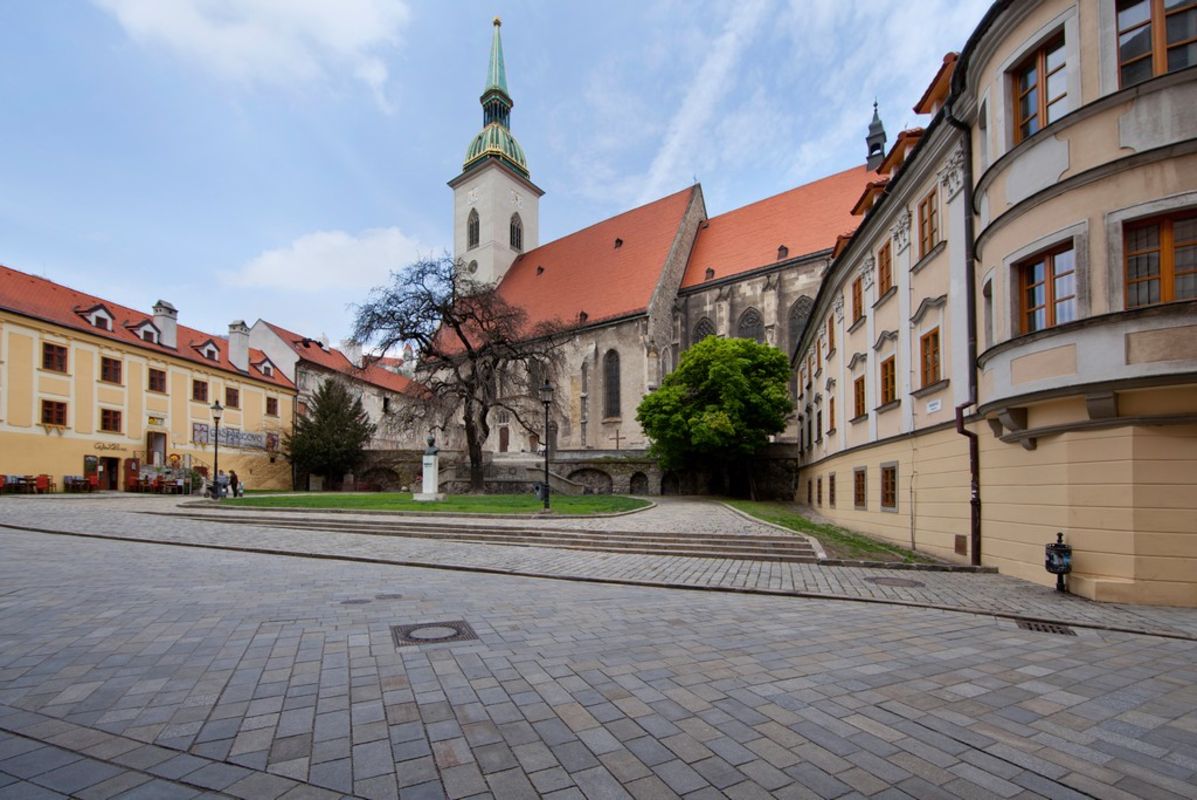