The Castle of Slovenská Ľupča

One of the best preserved castles in Slovakia stands above the village Slovenská Ľupča at the foothills of the mountains Nízke Tatry.

The history of the Ľupčiansky hrad Castle is linked with the 13th century. The castle was part of dowry of Queens of Kingdom of Hungary. Thanks to its position near extensive forests full of game, the ruler often visited it. In 1620 the castle became property of the Széchy family. Marrying with Mária Széchy, Juraj Wesselényi, the Hungarian paladin, won the castle.

In spite of the fact that the leader of the Rebellion of Estates against the Habsburg ruler used it as his residence, the Emperors anger did not affect the castle itself. It survived in good condition until the modern times.

The State owned in the 19th century and used it for orphanage since 1873. Later the female religious order occupied it and during the Slovak National Uprising in the Second World War the Nazis converted the Castle into a prison for rebels.

Access: on foot from the village Slovenská Ľupča or driving as far as the castle. 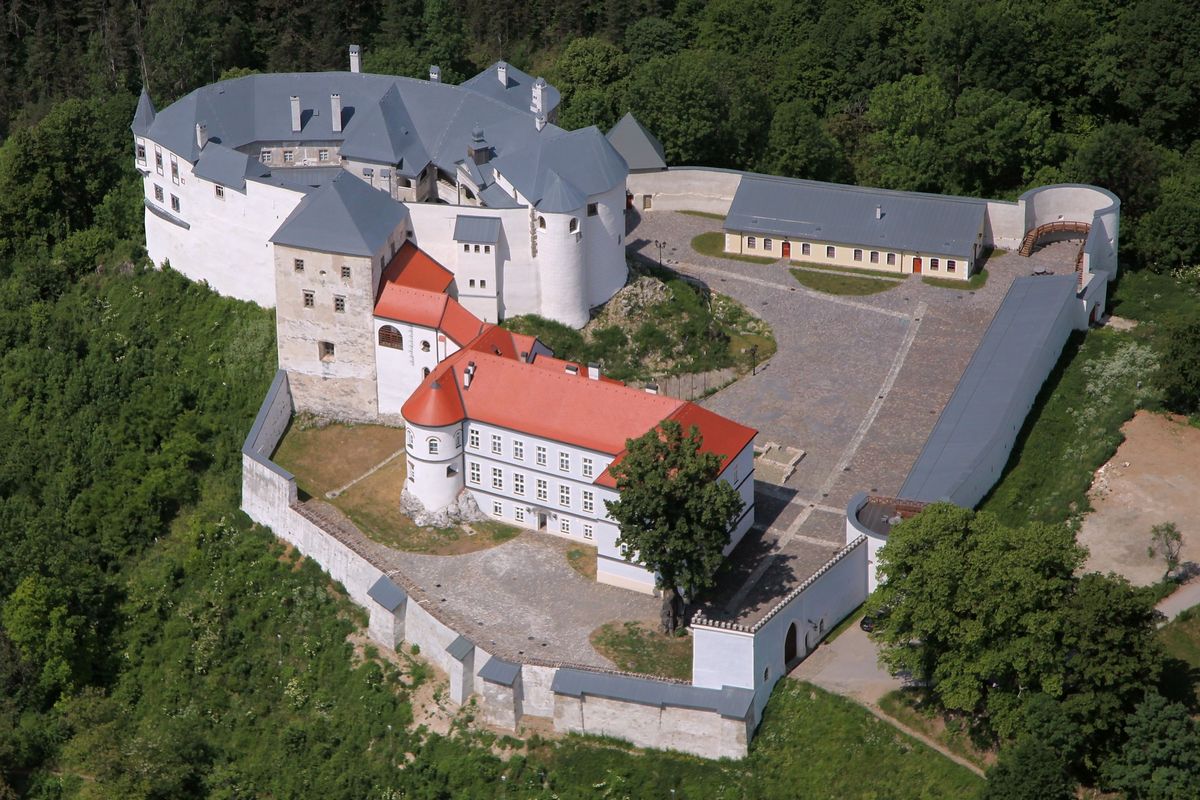