A trip to the Prielom Dunajca (the canyon of the Dunajec river) is one of the most beautiful in Slovakia. It starts in Červený Kláštor, continues on to the mouth of the Lesnický potok brook and further along the right bank of the meandering Dunajec.

The red-marked pathway leads along the well-known Pieninská cesta road that used to connect Červený Kláštor with the Polish spa of Szczawnica in the 19th century. In this part the road passes through the National Nature Reserve of Prielom Dunajca. Thirteen stops along the instructive footpath provide tourists with information about the Reserve.

The narrow offers several romantic nooks that became subjects of numerous popular legends. The narrow tapers at its initial part. This place is called the Jump of Jánošík and the stream of the Dunajec river is only 10 metres wide with the depth as much as 12 metres.

Rock towers, some of them 80 metres tall, can be seen on the slope of Holica Mt. (828 m) next to the third meander of the river. Their name Sedem mníchov (Seven monks) is also associated with a folk legend.

At the final part of the narrow, in the place called Pod Osobitou skalou springs the carstic brook Storočná voda, which never freezes even in coldest winters. The legend has that the one who drinks of it will live hundred years. 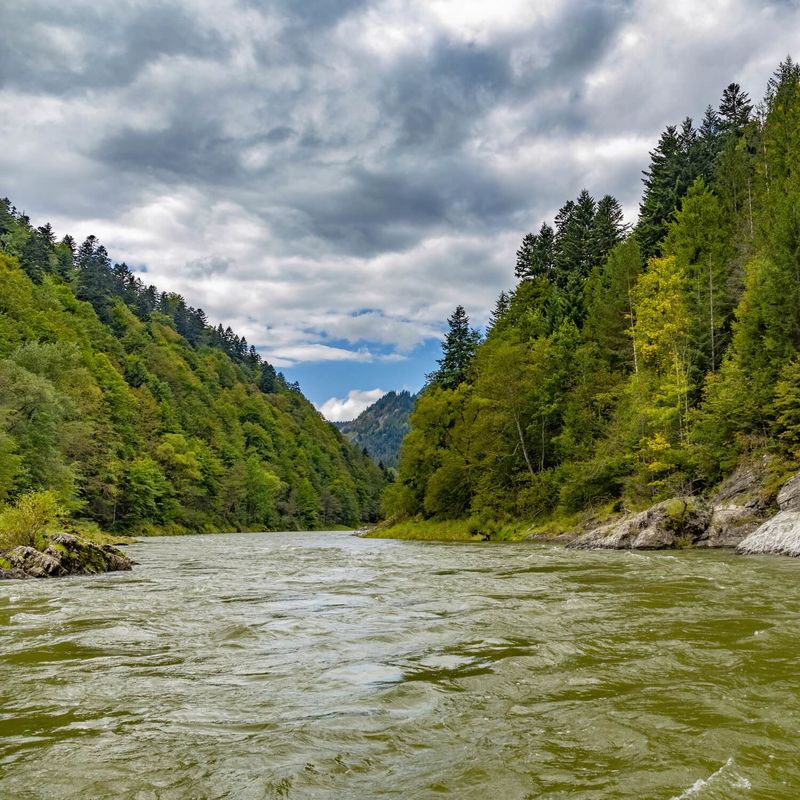 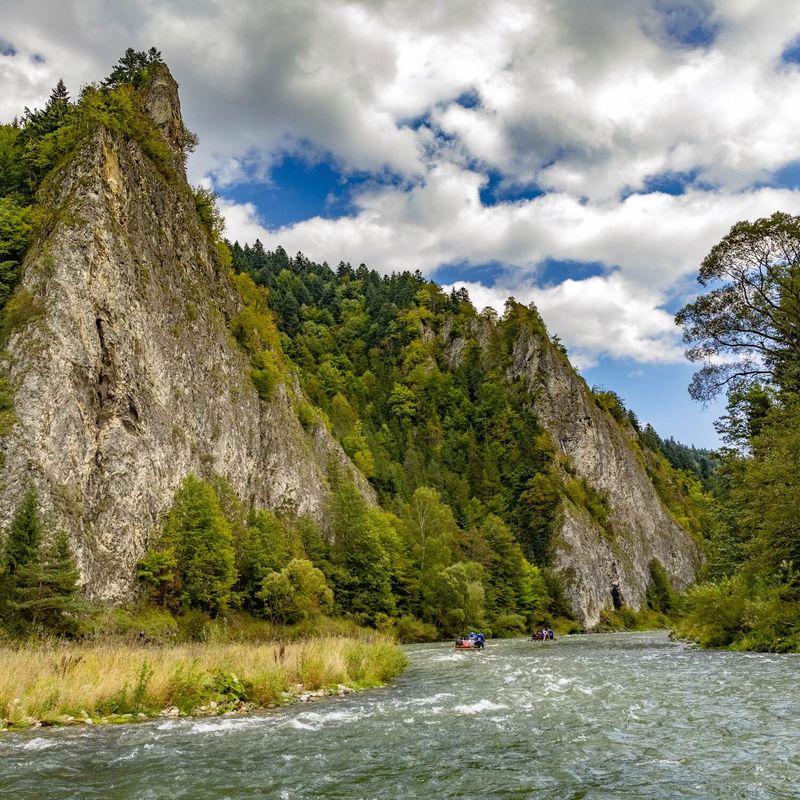 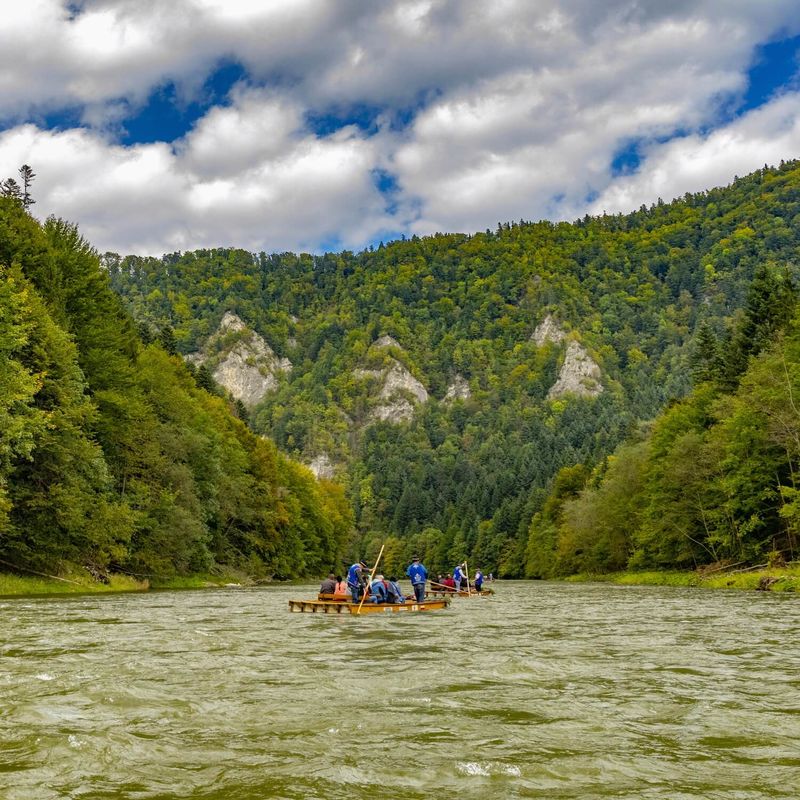 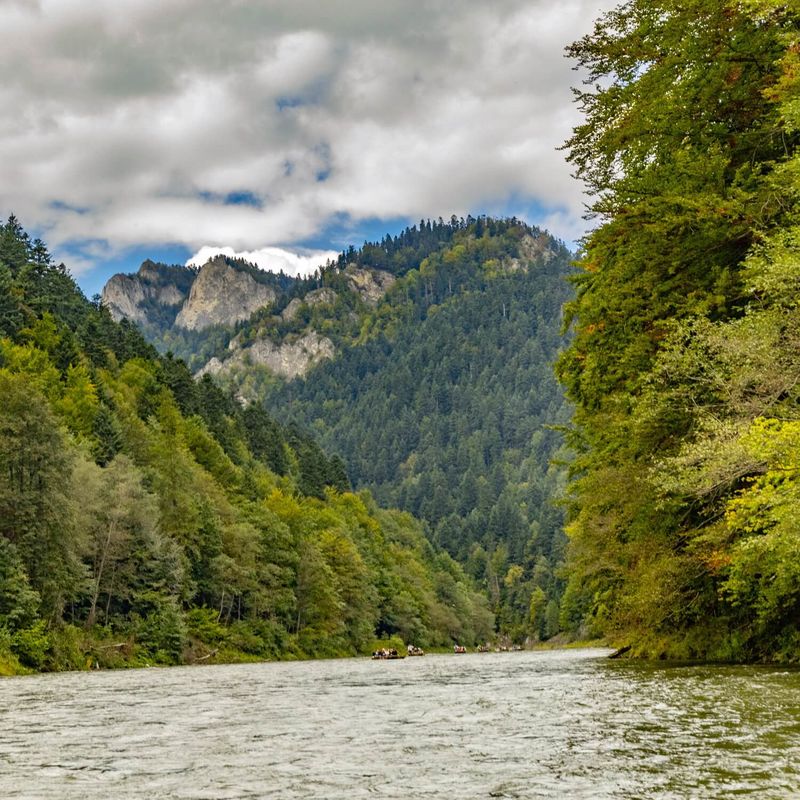 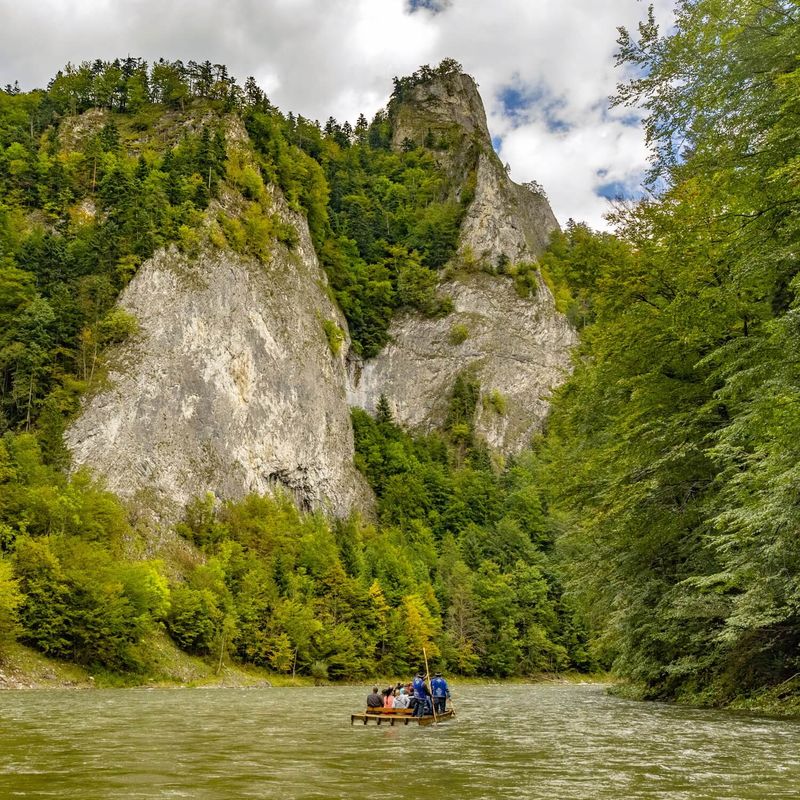