Ruins of the Blatnický hrad Castle stand near the village Blatnica on the low but sharp limestone ridge, which separates Gaderská dolina valley from the Turčianska kotlina basin. It dates to the 13th century.

The Castle was the centre of the Blatnica estate, which later owned 16 villages. At the beginning of the 17th century the castle was fortified. The Castle was heavily damaged and occupied first by Thökölys then by Rákoczis troops in the 17th century. By the end of the 18th century, Jozef Révay had the castle repaired after the Rebellion of Estates faded out and after the fire in 1722, but in spite of it, the castle fell in decay as it was inhabited only until 1790. Apart from the Castle walls only the remains of domes and barbican survived.

Access: on foot from the village Blatnica across the valley Gaderská dolina following the yellow hiking marks (it takes about 20 minutes). 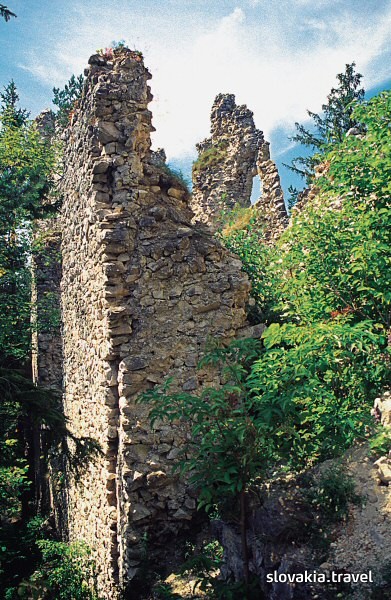