Above Svätý Jur in the Malé Karpaty Mts., near Bratislava there are the ruins of the Biely Kameň Castle, which was probably built in the 13th century.

It was the seat of the estate of Svätý Jur until the beginning of the 17th century. Turkish troops destroyed it in the 17th century and it was never restored. Some parts of walls, window openings, etc. of the Castle survive.

Access: on foot from the town of Svätý Jur (bus stop) following the yellow hiking marks. 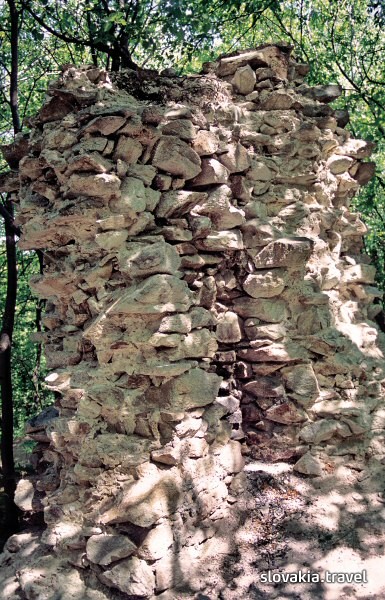