SVÄTÝ JUR is situated close to Bratislava. It is an old settlement with a more than 700 years old viticultural tradition.

Vine growing has also influenced the local architecture. Its houses are prevailingly from  the 17th to 19th centuries.

The parish Roman-Catholic church of St George is one of its most important cultural and historical monuments. Early Renaissance stone altar unique in Slovakia with the statue of St. George dominates in the interior of the church.

The secular historic monuments of the town include the remains of town fortifications from the 17th century and the equally old Renaissance Pálffy manor house, later adapted in the Baroque style. It houses Academia Istropolitana Nova now.

The reconstructed Piarist monastery from the 17th century, now the seat of the Codecon brewery with nice restaurant, complete the list of sacral monuments in Svätý Jur. 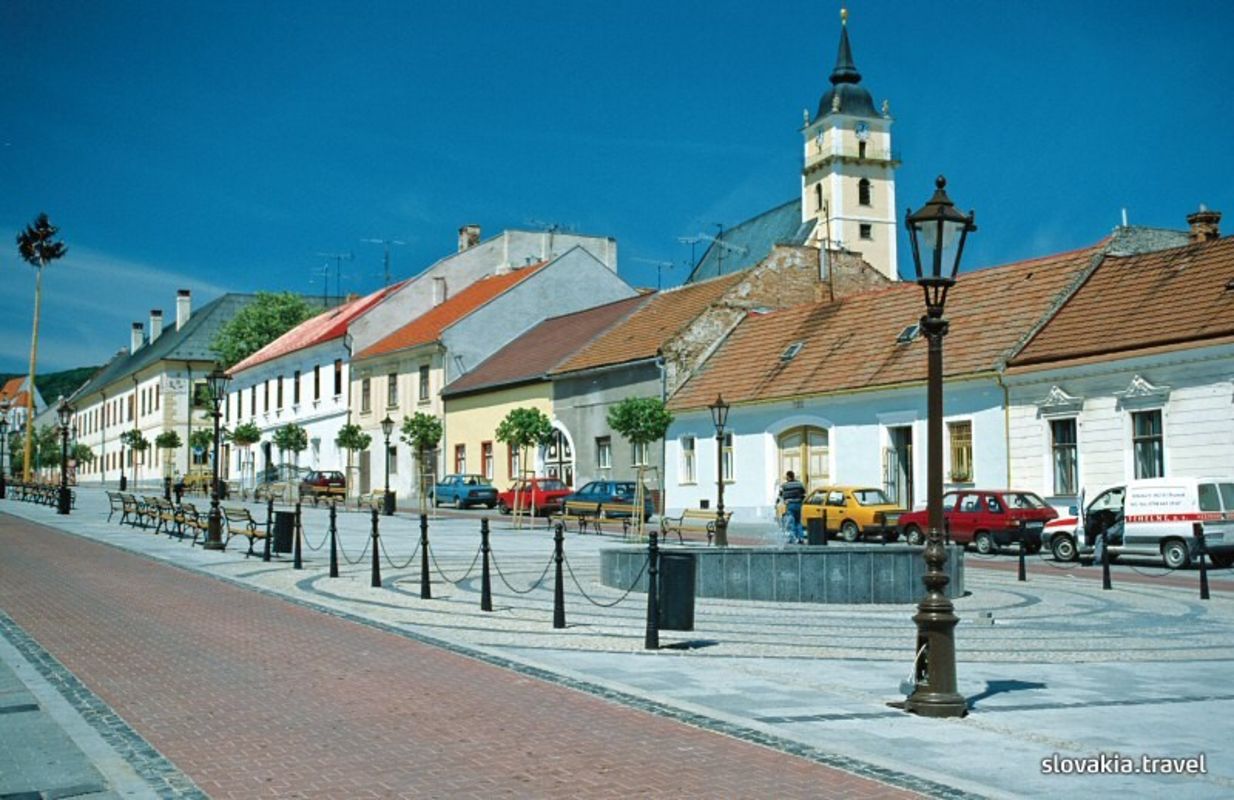