The surroundings of the town Stupava, in the region Záhorie on the Slovak-Moravian border is considered to be the most appropriate area for growing cabbage in Slovakia.

„Dni zelá“or "The Days of Cabbage" (since at Záhorie cabbage is called „zeló“) are regularly held there in early October. There are several popular dishes made of cabbage.

Ingredients
Dough:
½ kg of fine flour
1-2 spoons of granulated sugar
A pinch of salt
100 ml of oil
¼ l of lukewarm milk
½ cube of yeast – for the leaven

Dough:
Mix the flour with sugar, salt, oil and leavening. Stir until the dough joins together and leave it covered to rise. Then shape smaller circles from the dough with that you fill with stewed cabbage.

Stewed cabbage:
Into the oil in a saucepan sprinkle sugar, leave it to caramelize a little. Add chopped cabbage, sprinkle it with salt, pepper, season it with a little cinnamon and under a lid stew it until tender. Fill each dough circle with stewed cabbage. Join the sides of the dough together and place the “Kapustníky” on a greased, floured baking sheet. Brush them with melted lard, leave to rise a bit more and before baking smear it with the egg stirred with a little milk. Bake in preheated oven until golden at 180 ° C for about 15-20 minutes. Smear the hot baked “Kapustník” also with milk. To taste, sprinkle with powdered sugar or consume salty 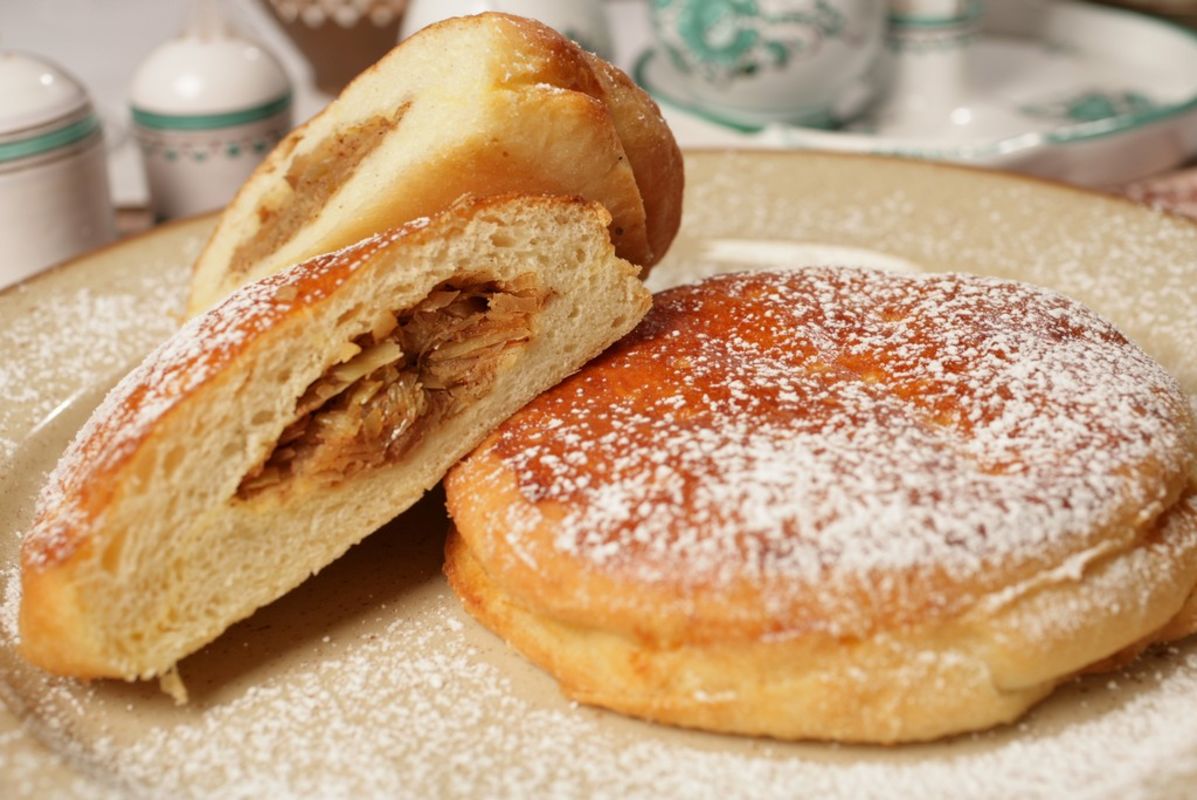 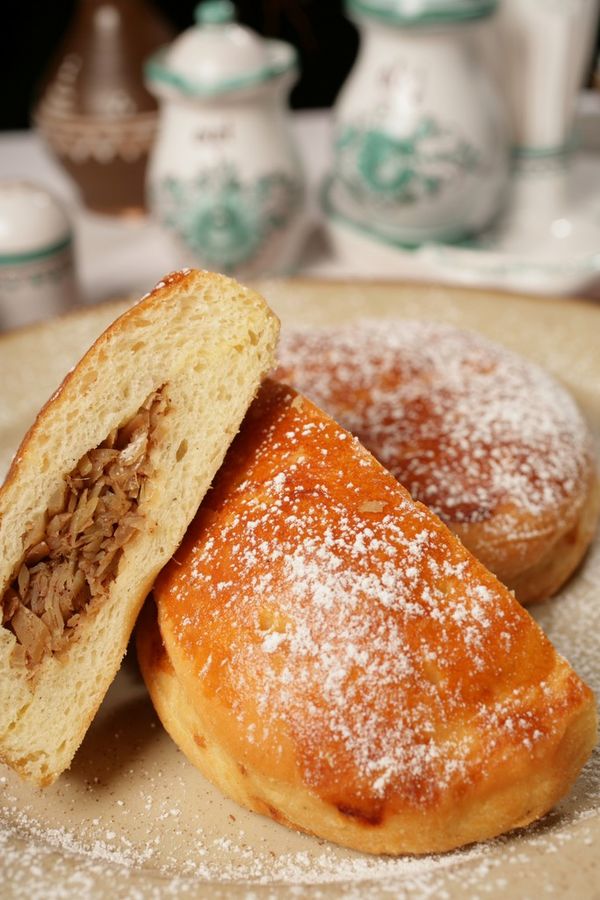