The dominant monument of the town centre of Banská Štiavnica that has been inscribed on the UNESCO World Heritage List  is Starý zámok (Old Chateau) standing on the terrace west of the Trojičné námestie square.

The oldest part of the Castle is the former parish Church of Virgin Mary. It was built together with the adjacent ossuary of St. Michael in the 13th century as a three-nave Romanesque basilica. The fortifications built around the church in the 14th century formed foundations of the future town castle. A bastion and an entrance gate with a tower were later added to fortifications.

The Basilica was rebuilt into a Gothic church in the early 16th century. The Turkish threat provoked the need for another reconstruction that turned the fortified church into a stronghold. The church vaulting was removed, which resulted in the present four-wing palace building with inner courtyard on the site of the central church nave. The 18th-century Baroque adaptation concerned above all the original entrance tower.

A visit to the Old Chateau may be combined with a tour of the Historical-Art Route with lower admission fees. 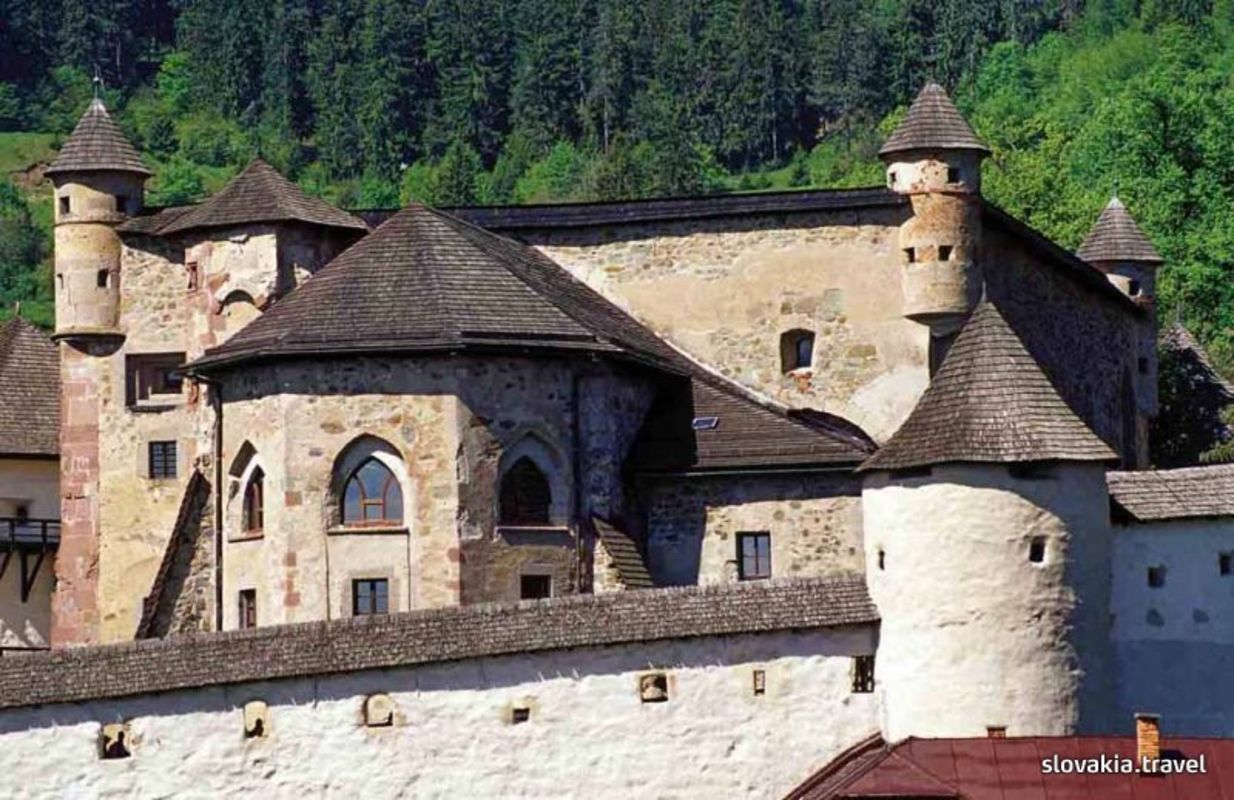