It is the second-oldest preserved  church in Košice. Originally a Gothic church that was later reconstructed in the Baroque style. It is located at Hlavná street, right in the town centre.

The church was built for the Franciscan Order by the Perényi family - landlords of Perín after the fire in 1333. It was consecrated to St. Nicholas. Its preserved Gothic elements indicate it had beautiful plastic Gothic decorations. The reliefs above the entrance, interior stone seats close to the altar and vaults above the sanctuary and the former monk`s chancel are original.

After the fire in 1556, the church served as a military storehouse. Only the closed church sanctuary was the Bishop Cathedral of the Bishop of Eger who had a seat there during the occupation of his seat Eger by the Turks (1597-1671). When the object was returned to the Franciscans, they renovated it and the church got a new consecration to St. Anthony of Padua. When a bishopric was established in Košice in 1804, the renovated Franciscan monastery became a seminary and the church became a seminary church. Nowadays, the Franciscans do not reside in the town any longer.

The interior is baroquized. The main altar has a rare baldachin structure. Most altars, the pulpit and the church furnishings are from years 1760 – 1770.
The epitaph of field-marshal F. Renaud of 1740, work of G. R. Donner, the sculptor at the court in Vienna, is of great value.

The founder of the first University of Košice in the 17th century, the bishop of Eger, Benedikt Kisdy, was buried in the crypt under the main altar. All the crypts, the largest in Košice, were plundered by soldiers after World War II. 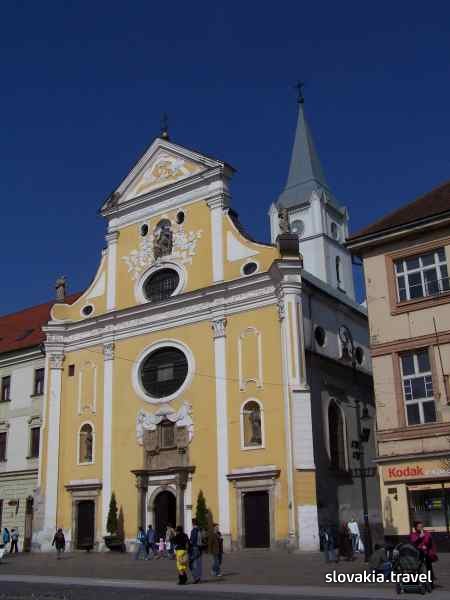 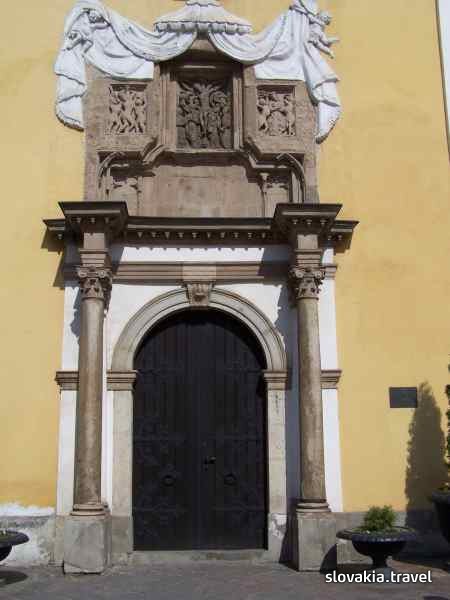