From the Tatras, you are just close to the unique region, which stands out not only on the gourmet map with its treasures. Its beauty will also be appreciated by lovers of ancient history and experiences full of action. 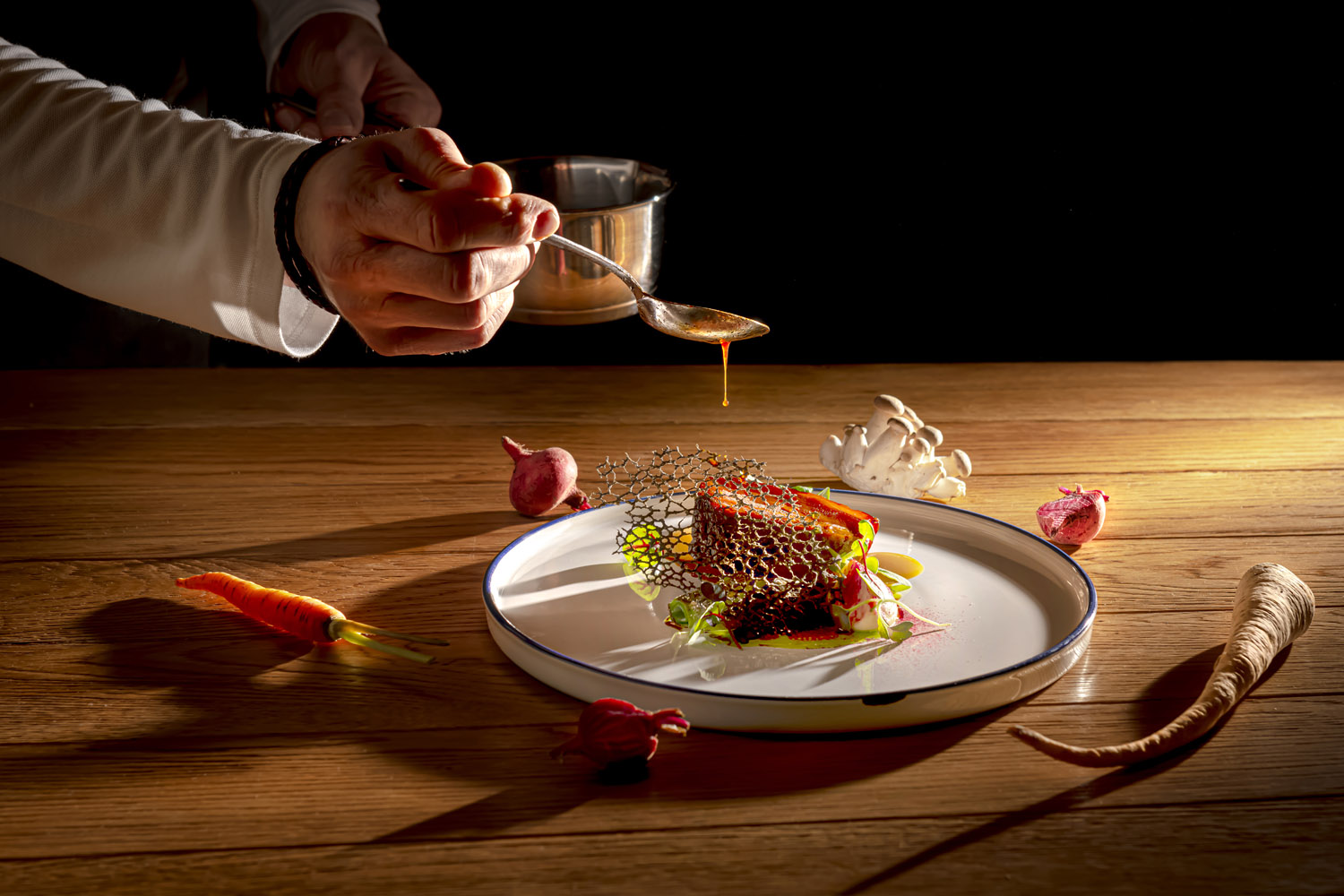 Photo: www.domaunas.sk
Start your trip in the town of Poprad, where the award-winning restaurant Doma u nás with light and dynamic cuisine will entice you for a delicious lunch. The menu is characterized by an impressive combination and variety of flavors. For example, what would you say to the duck paprikash with cottage cheese dumplings and pickled mushrooms? Not only the ingredients, which copy the seasons with their freshness but also the experiential presentation typical of fine dining stand out for their high quality. Sit at the "levitating" table and watch chef Gabo Kocák finish the meal right in front of your eyes. In the summer, you will definitely like to cool down in the original historic cellar with a glass of delicious wine, in the winter you will warm up with a glass of brandy by the fireplace. If you like this almost 800-year-old building full of vaults, you can also stay here. 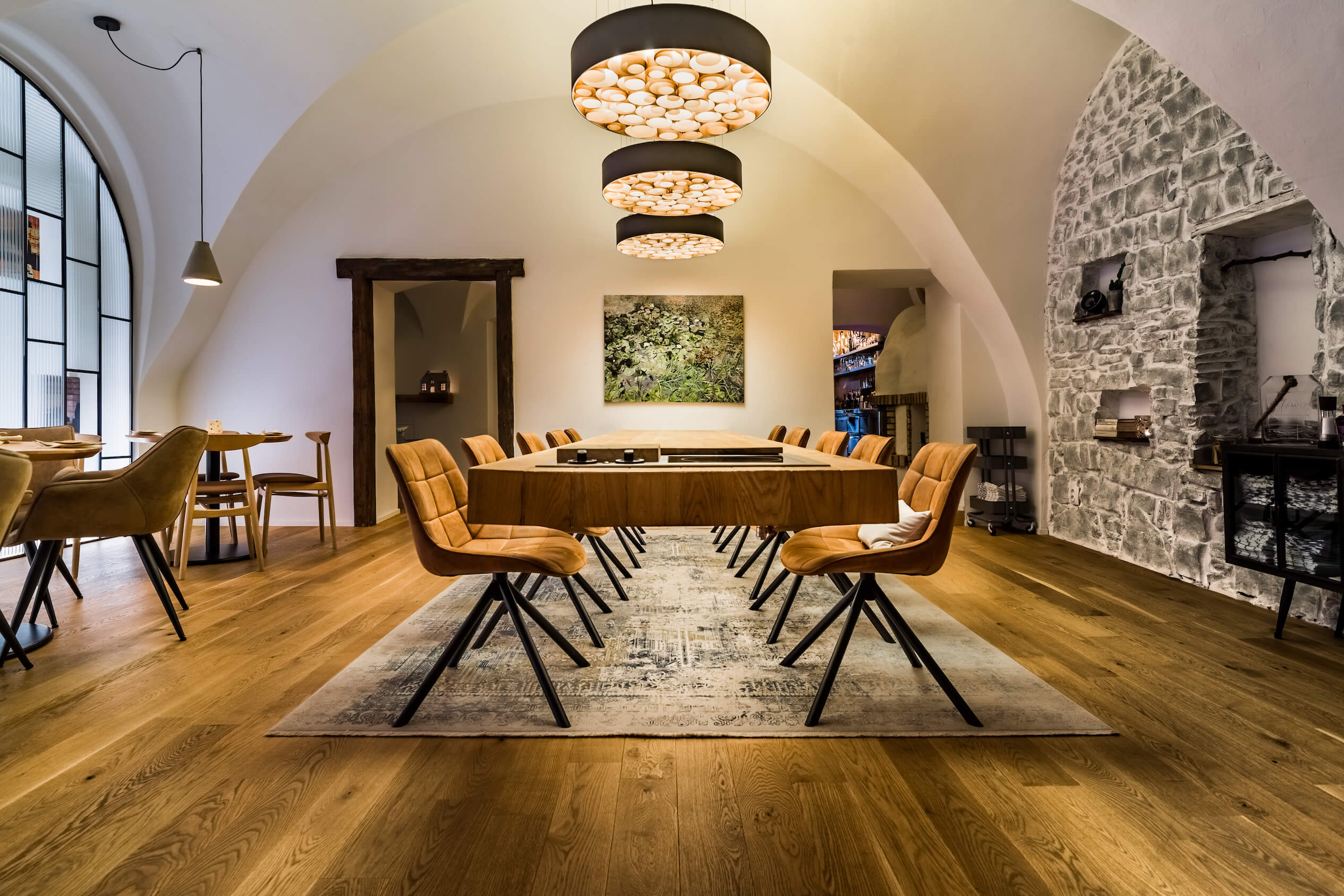 Photo: www.domaunas.sk
In the near distance the AquaCity Poprad is located. This first-class ecologically equipped multifunctional resort is a world full of water attractions. The pleasant thermal water in the pools comes from the depths of the Earth and contains more than 20 different minerals beneficial to your health. Thanks to it, you will stir up your body, you will breathe better and your blood will flow properly in your veins.

Take advantage of the excellent opportunity to know the paradise of all UNESCO monuments collectors. In the royal town of Levoča, pay attention, especially to the Gothic Church of St. Jacob with the wooden altar of Master Paul and to the historic town hall with characteristic arcaded corridors and a Renaissance clock tower. The look of it is particularly beautiful with a cup of aromatic coffee and raspberry cheesecake in the Leutschau CAFÉ which is situated just opposite. 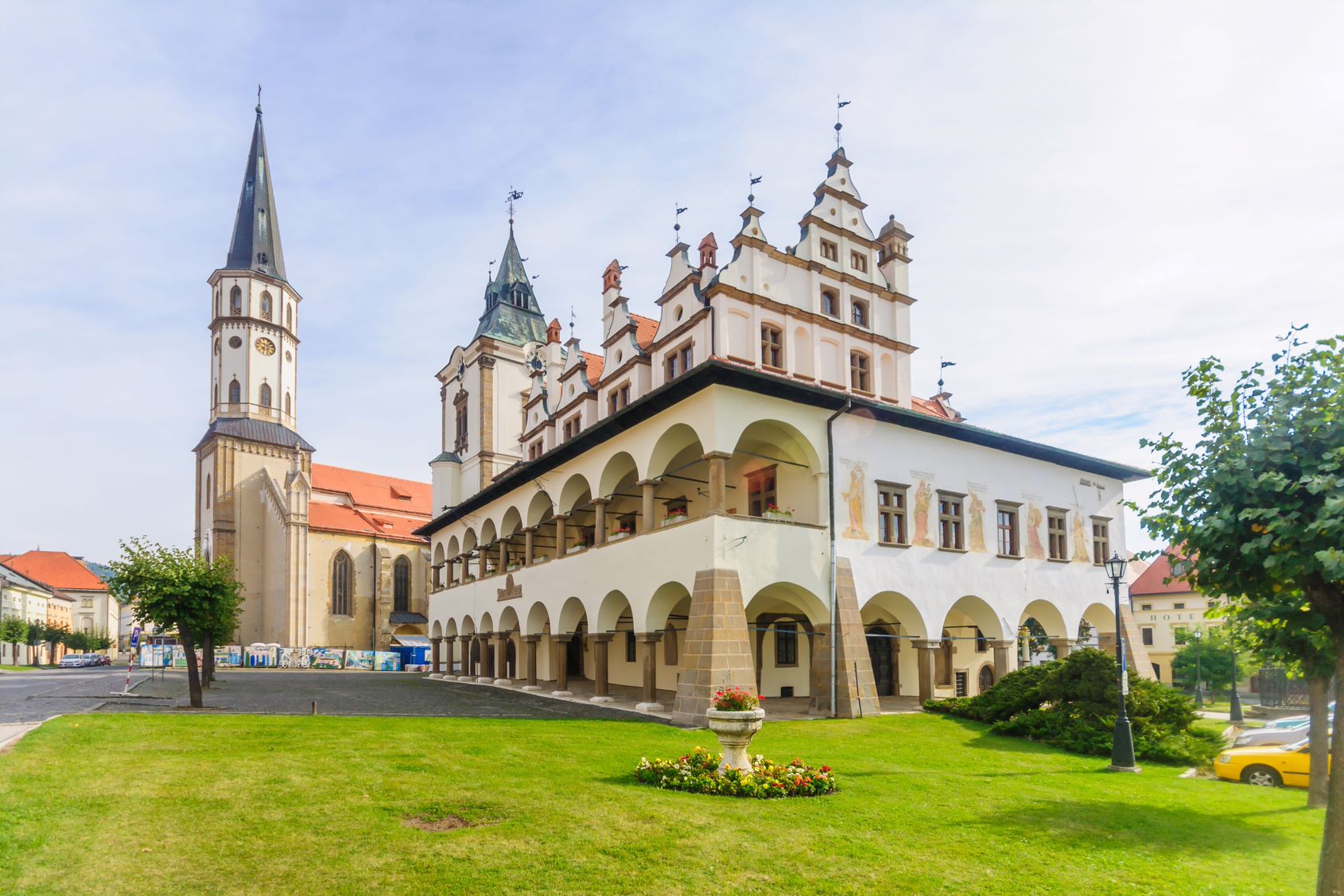 On a gourmet expedition to the region of Spiš, you can't miss Spišské Podhradie. The city is known by the rare Gothic-Renaissance bourgeois buildings, but also by the original recipe for Spiš sausages, which the EU has sanctified with a Protected Designation of Origin label. Austro-Hungarian ministers have already enjoyed this juicy golden-brown delicacy with a high content of quality meat. Later, the first Czech-Slovak president Tomáš Garrigue Masaryk succumbed to its iconic slightly spicy taste. Taste how they burst when bitten, which no other sausage "can do". That is because they are filled exclusively with sheep casings. After such a delicious strengthening of the body with excellent sausages, you can go to Spiš Castle from the 12th century, which is one of the largest castles in the world. After visiting the most photographed Slovak monument, in addition to a selfie with an impressive geoglyph by an Australian artist, you will also get an idea of the splendor of the medieval feast. In the castle kitchen, they will tell you, for example, that in the 16th century, 30 to 100 meal courses were normally served during dinner. Don't miss the Spišská Kapitula (aka the "Slovak Vatican") with the Cathedral of St. Martin. 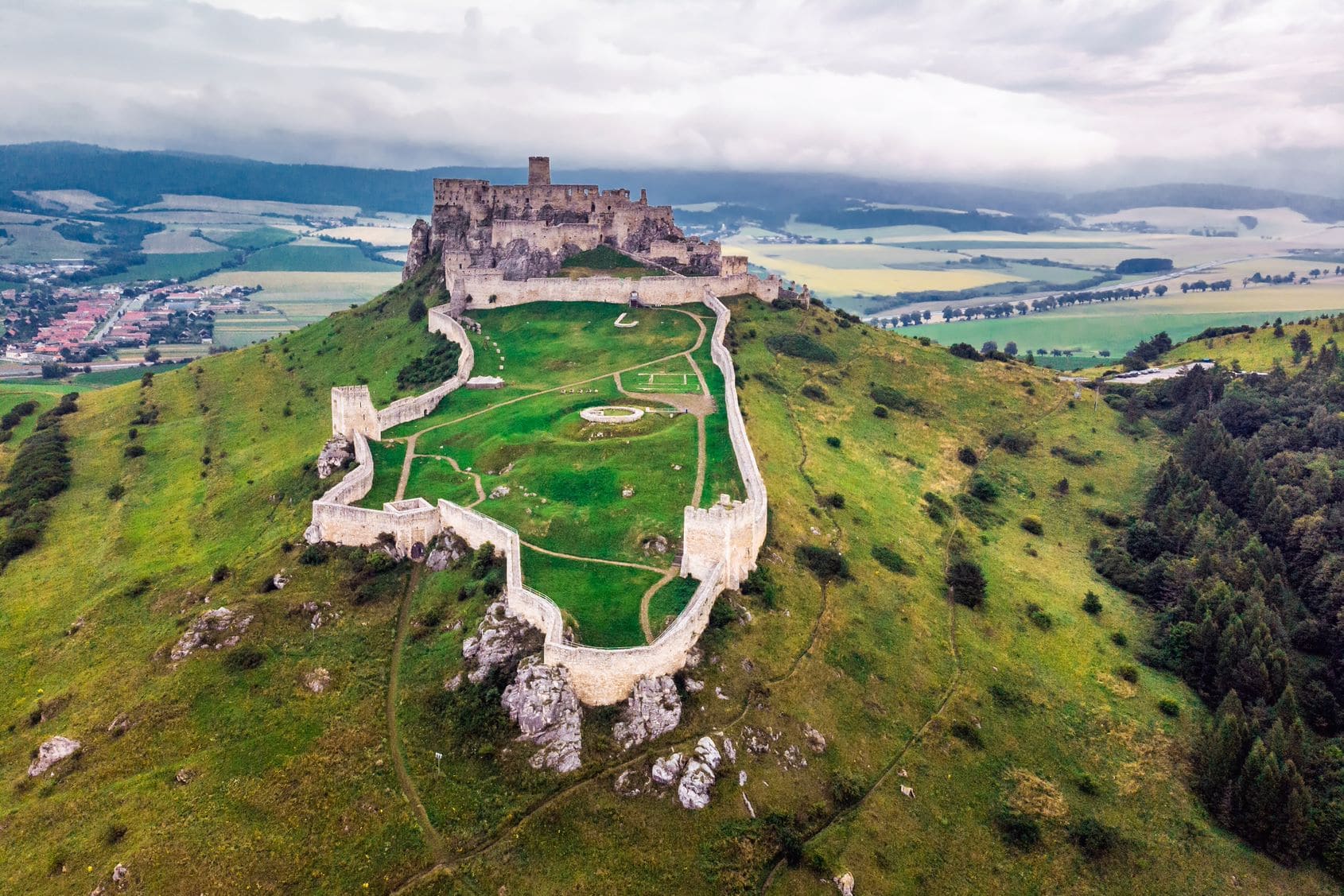 Where they turn water into whiskey

You can also get to know the Region of Spiš through the Trail of Mineral Springs. In a beautiful locality between two national parks, you can find more than 100 springs within a radius of 100 km. The water of each of them, with long-term use, has a beneficial effect on various parts of your body. For example, Sulínka mineral water starts digestion, which was also known by the famous Sissi (spouse of the emperor Franz Joseph I.), who had it imported from there to the imperial court in Vienna. Take advantage of the fact that you can tap water rich in minerals from freely accessible springs directly into the bottle for free. 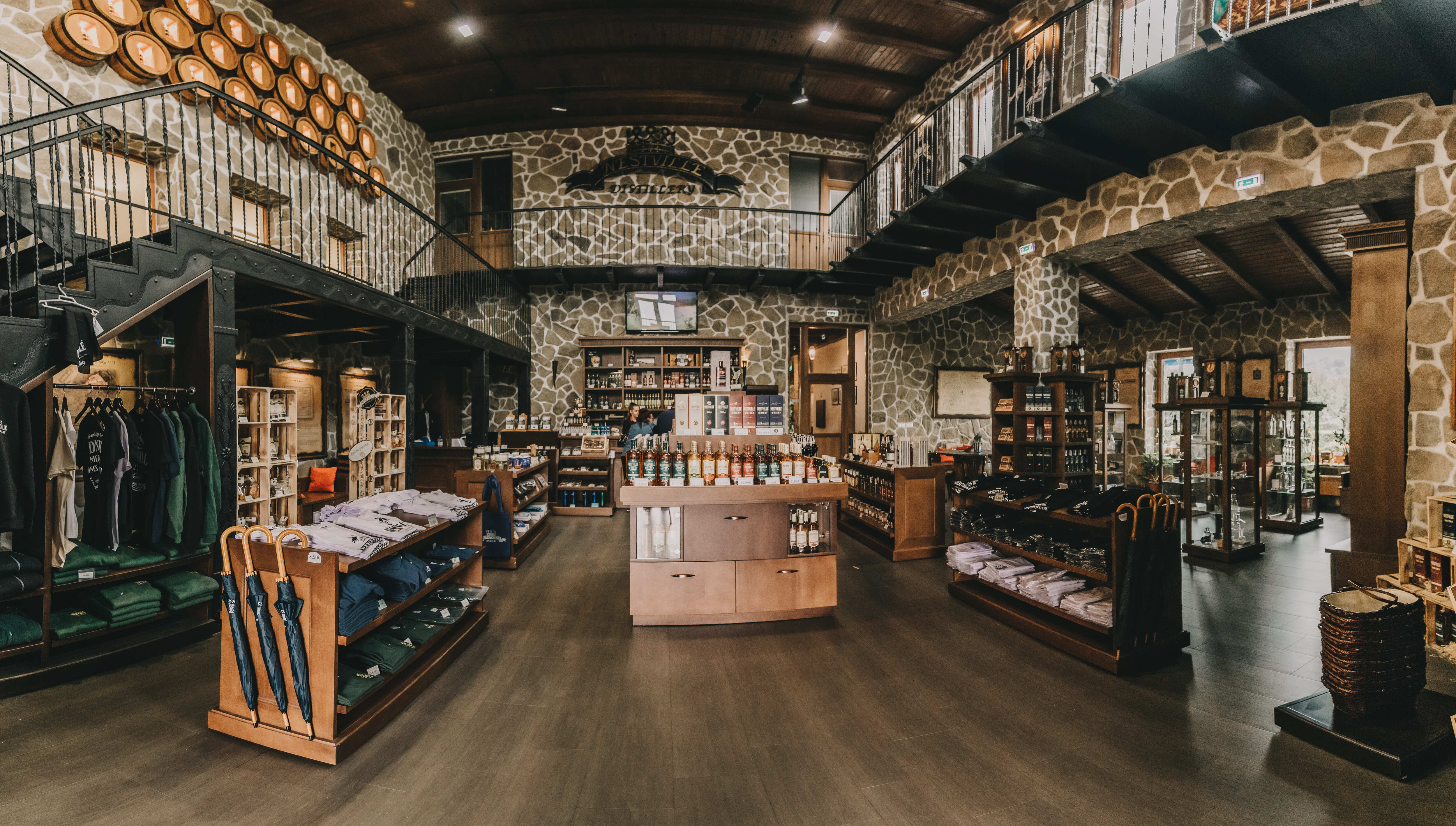 Photo: www.nestvillepark.sk
However, they know how to use the crystal clear liquid wealth in Spiš in other ways. Visit the village of Hniezdne, where one of the most modern refineries for the production of alcohol in Europe is located. In the Nestville Park territory, you can taste the first Slovak whiskey, which will conquer you with its soft, sensual taste of vanilla aroma with the grain-malt background. In the craft brewery with a restaurant, even beer lovers will find their drink and will appreciate the subtle bitterness of oak tannins in a refreshing mug of unpasteurized and unfiltered beer. Especially if it is preceded by the local fancy tartare meal or aged steak with whiskey sauce. Everything is prepared from raw materials of their production. In the territory of Nestville Park, you can also take a look at the chocolate kingdom. And, don't miss the farm, where you will fall in love with Friesian and Hafling horses and can try a relaxing ride on horseback.

Photo: www.nestvillepark.sk
A visit to the mystical castle in nearby Stará Ľubovňa, where important meetings of former monarchs took place, also promises a royal experience. By the way, Móric Beňovský, a renowned military officer, adventurer, and writer was serving his sentence in the castle tower. He started his adventurous career by escaping from this castle and later he became the king of Madagascar. Today, the tavern in the courtyard is a reminder of his sentence in the castle tower. Here, raise a toast to this well-known traveler and then explore the rich castle exhibits that will draw you into the skills of Spiš craftsmen. A walk in the picturesque open-air museum on the castle grounds will show you life in the village at the beginning of the 20th century. 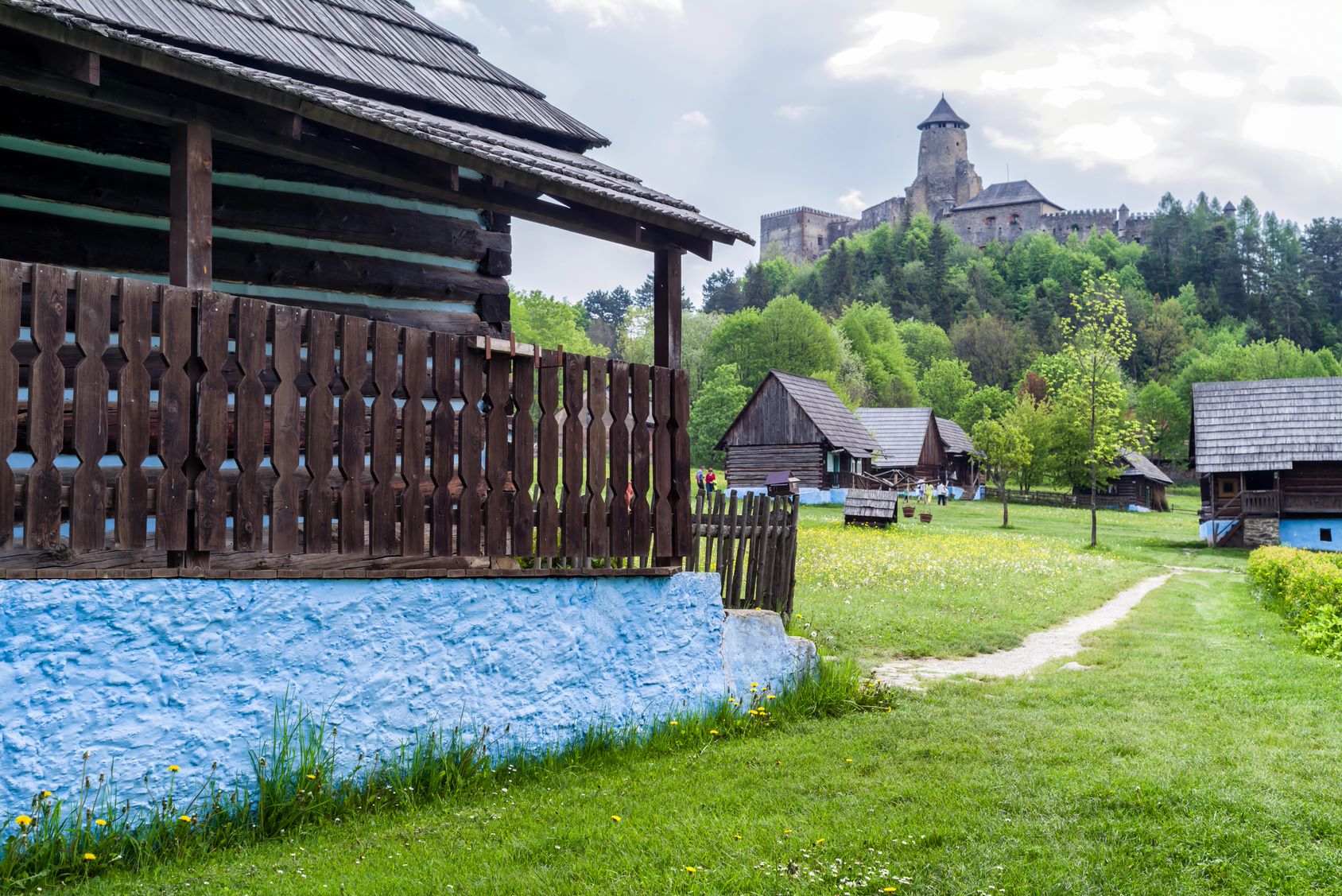 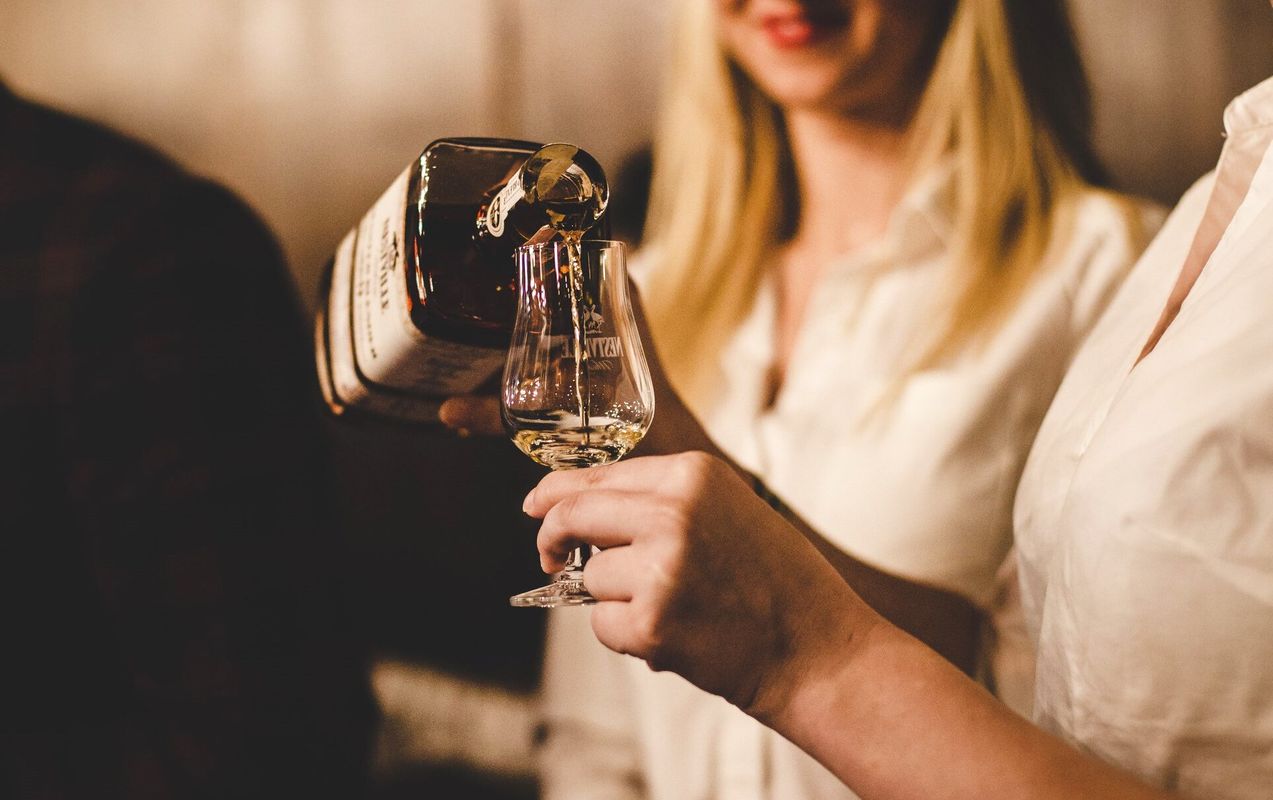