Northwest of Nové Mesto nad Váhom we can find the Bošácka dolina valley, part of the Biele Karpaty (White Carpathians) ridge. There on a hill stands its silent guardian – a fortified small Romanesque church in Haluzice.

The River Váh valley used to be protected by a system of fortified castles that provided some a degree of protection to local inhabitants against destructive raids of the enemy. Location of the small church; however, did not have any protective function in this system. Therefore, a stone wall with towers and loopholes was built around the church.  In times of anguish, the church provided a temporary refuge to the locals.

First written account dates back to 1299, mentioning a siege of this piece of land of Matthew Czak “of Trenčín“ by the royal army. Later, the church was rebuilt into the Gothic and Renaissance style.  It became abandoned in the 19th century and later partly reconstructed and conserved in 1960s.  Presently, the church is used for celebrating the mass and even weddings.

North of this place, there is a 50 metres deep “Haluzická prierva“ fault. The fault is approximately 1km long and 200 metres wide. Erosion by the Haluzice brook to the low-aluminium shale and dolomite formations of this flysch zone of the Biele Karpaty Mts. caused that the northern fortification of the church fell into the abyss. In times past, people used to walk over the brook on a bench. Today, this abyss is a protected landscape territory.

Off the church hill, there is a magnificent view on the River Váh watershed and the castles Trenčiansky hrad and Beckovský hrad. 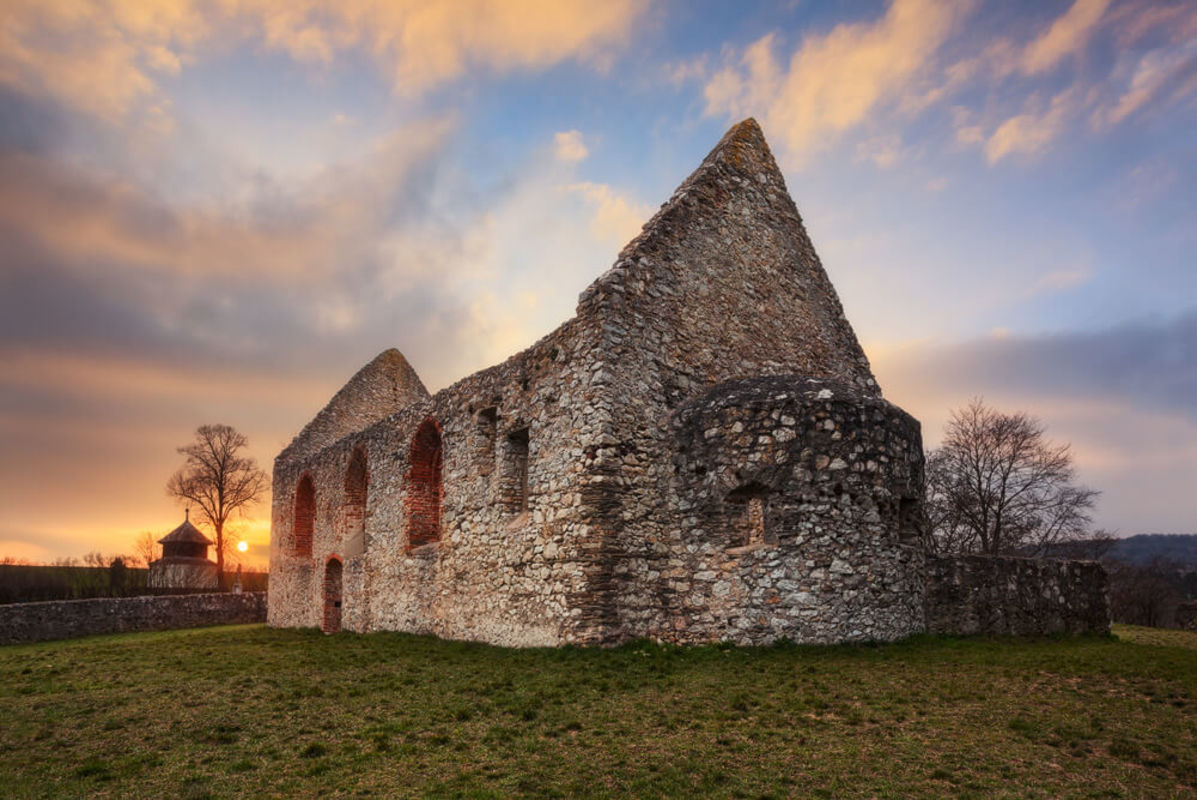 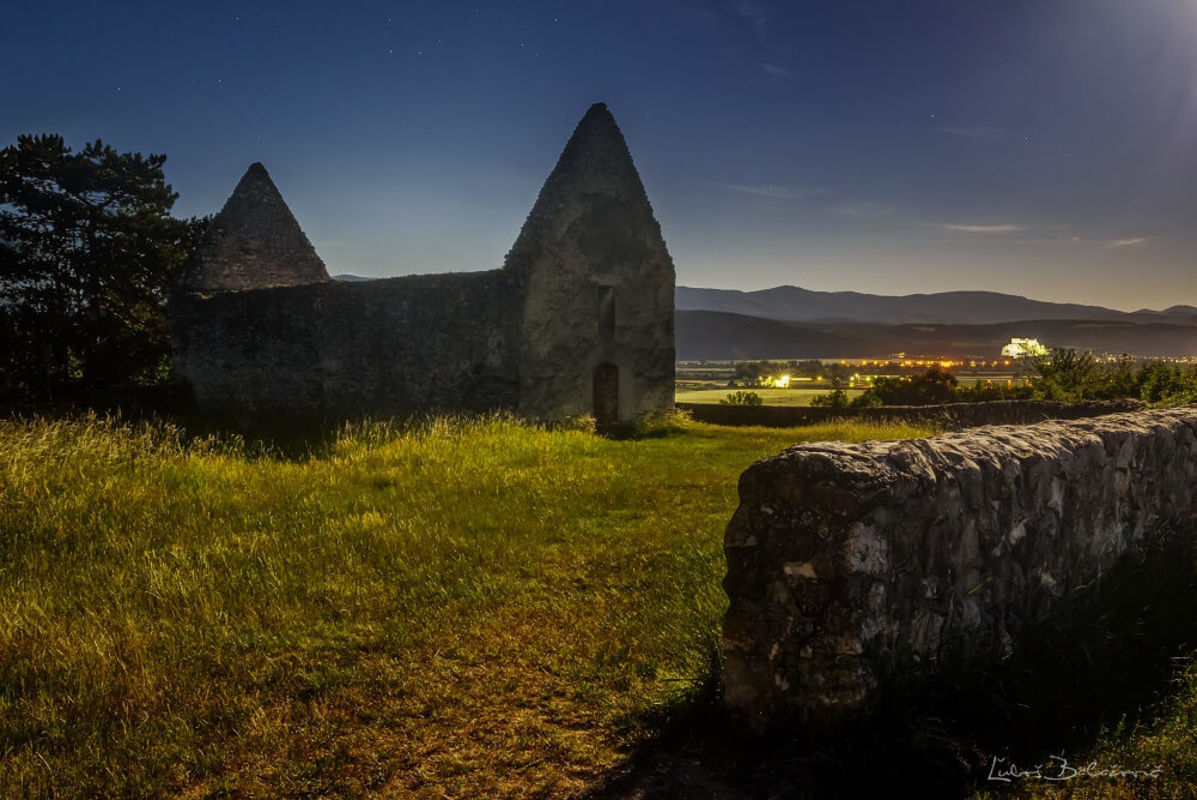 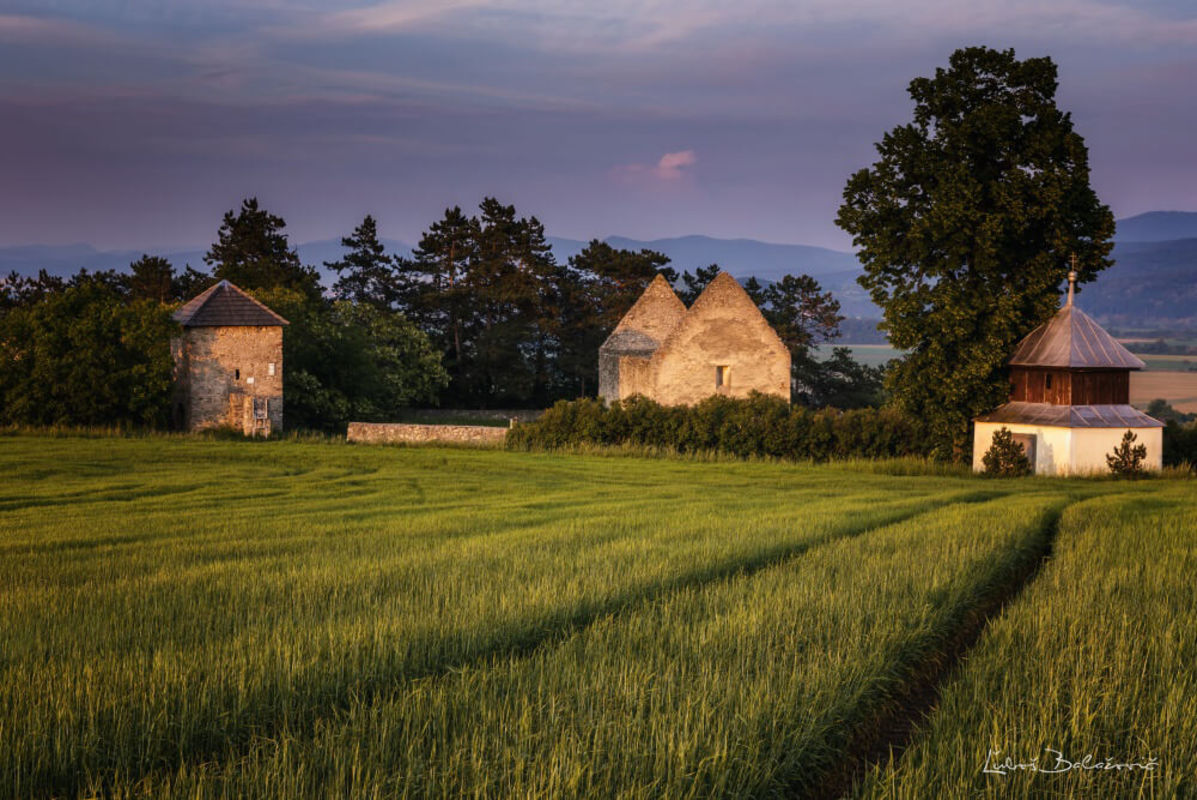 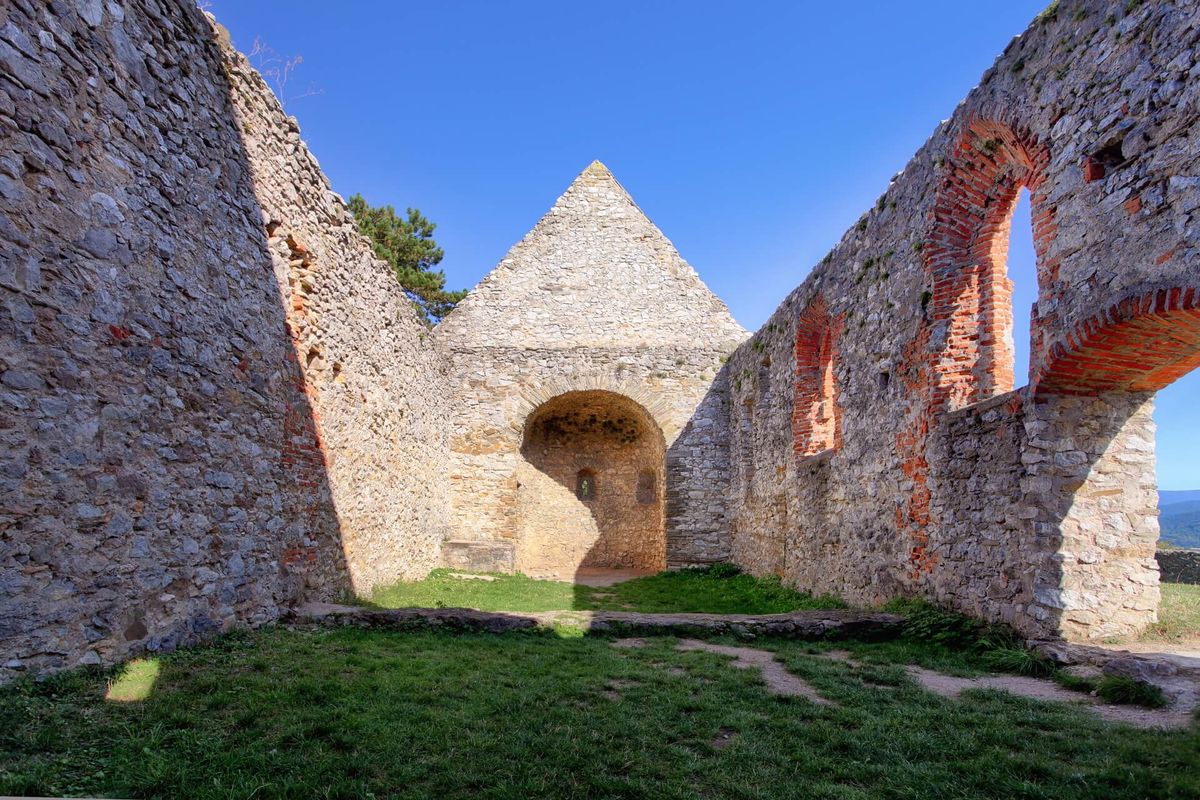 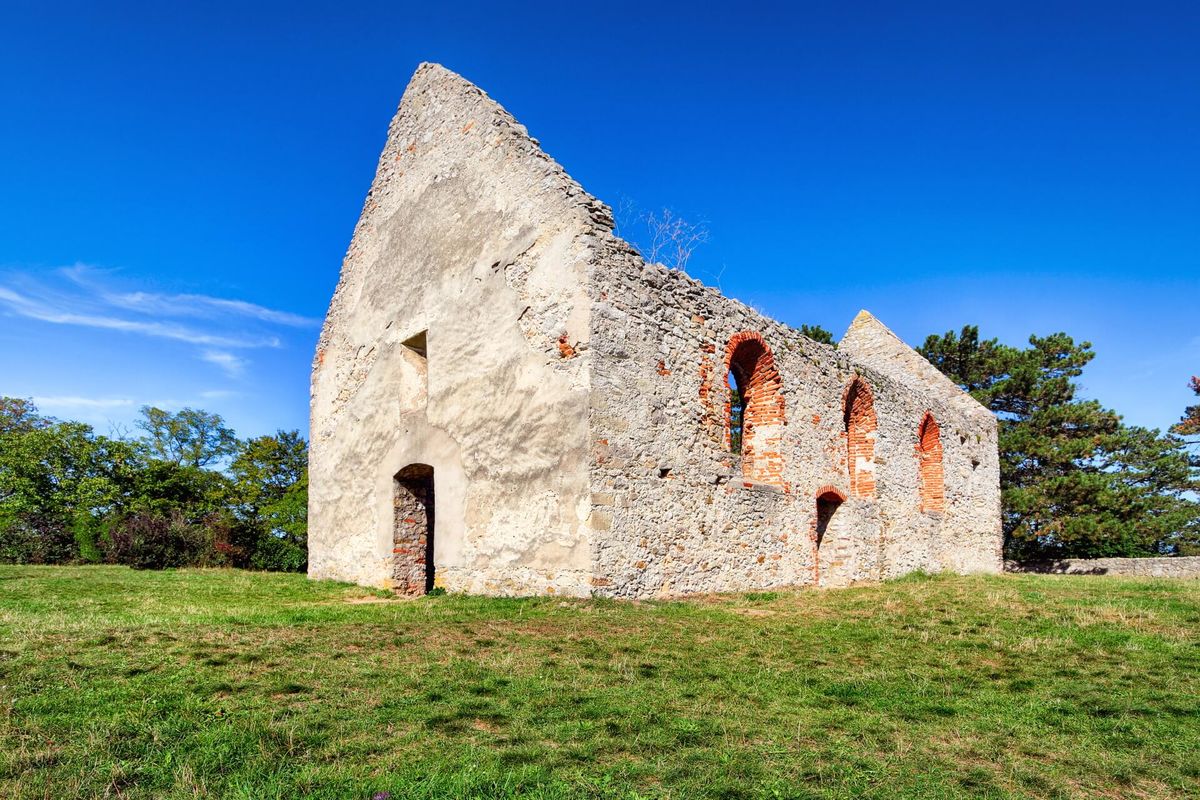 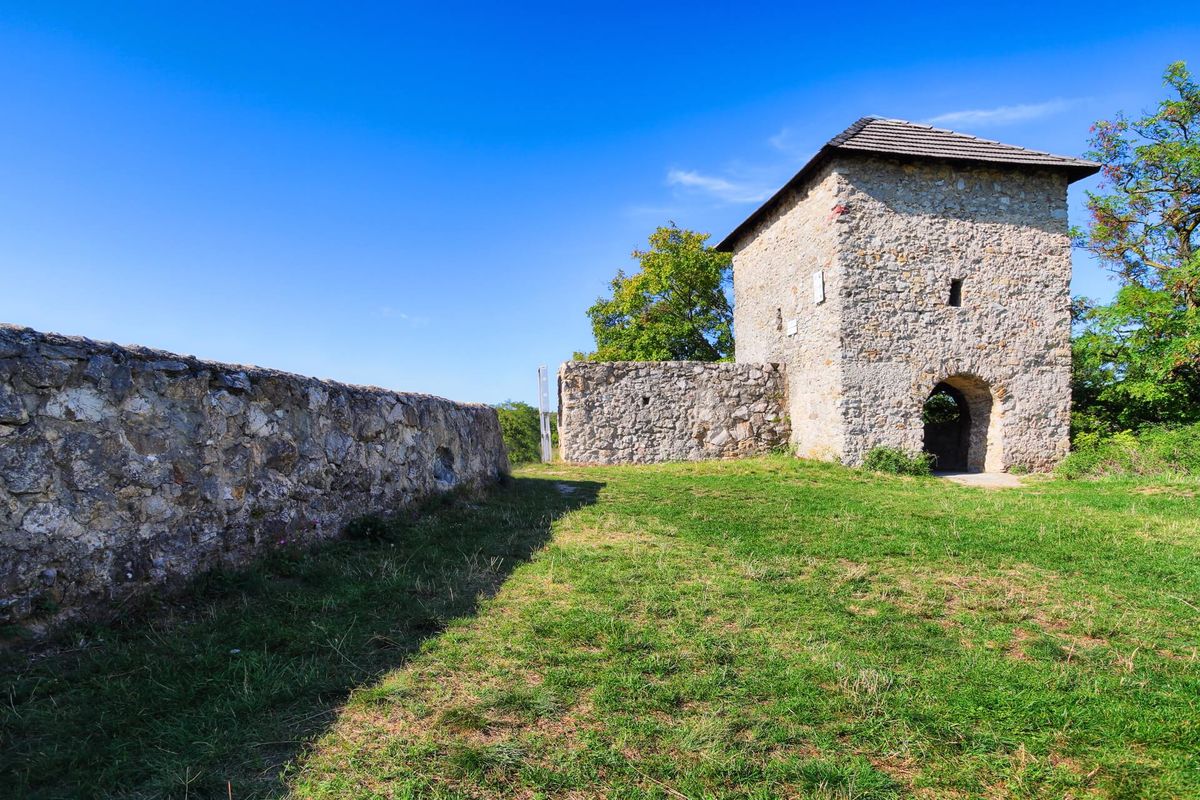 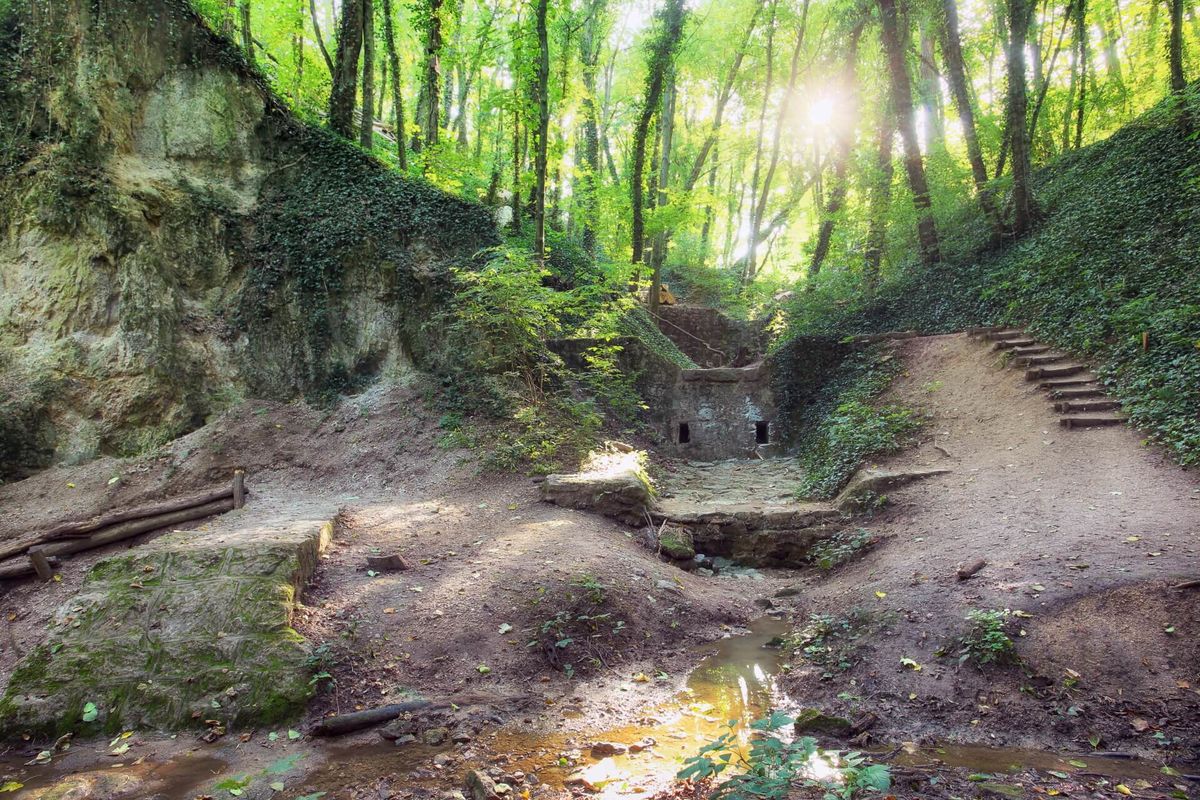 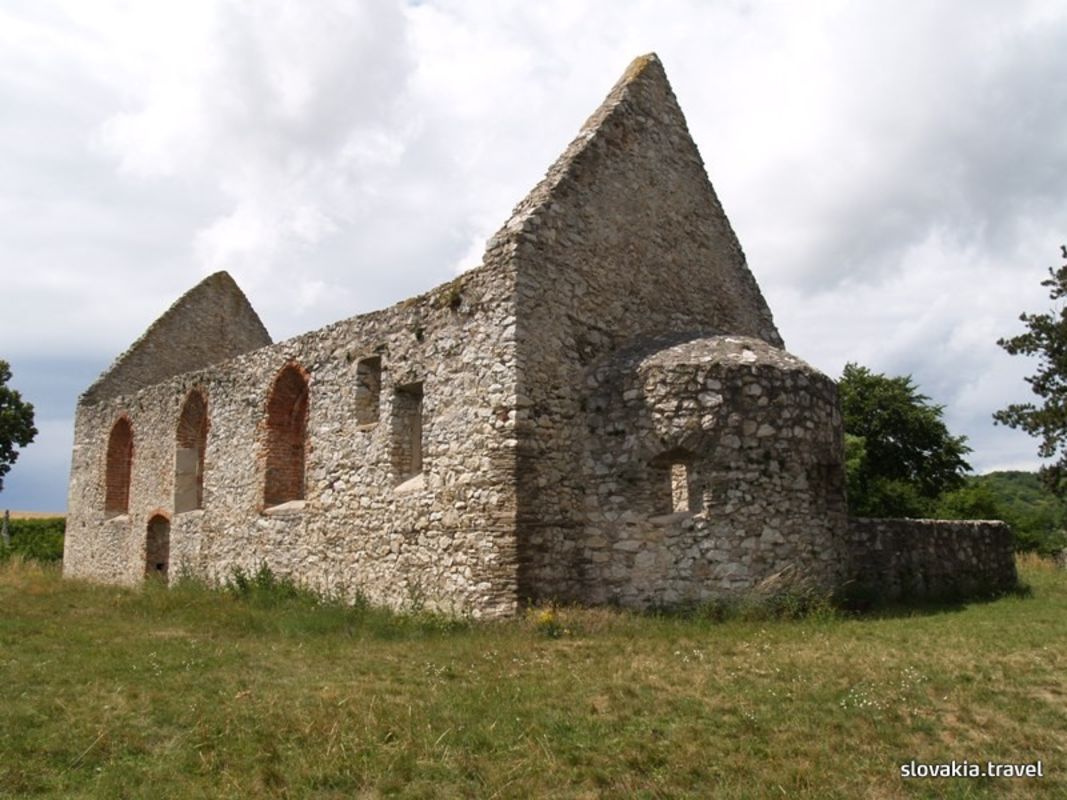 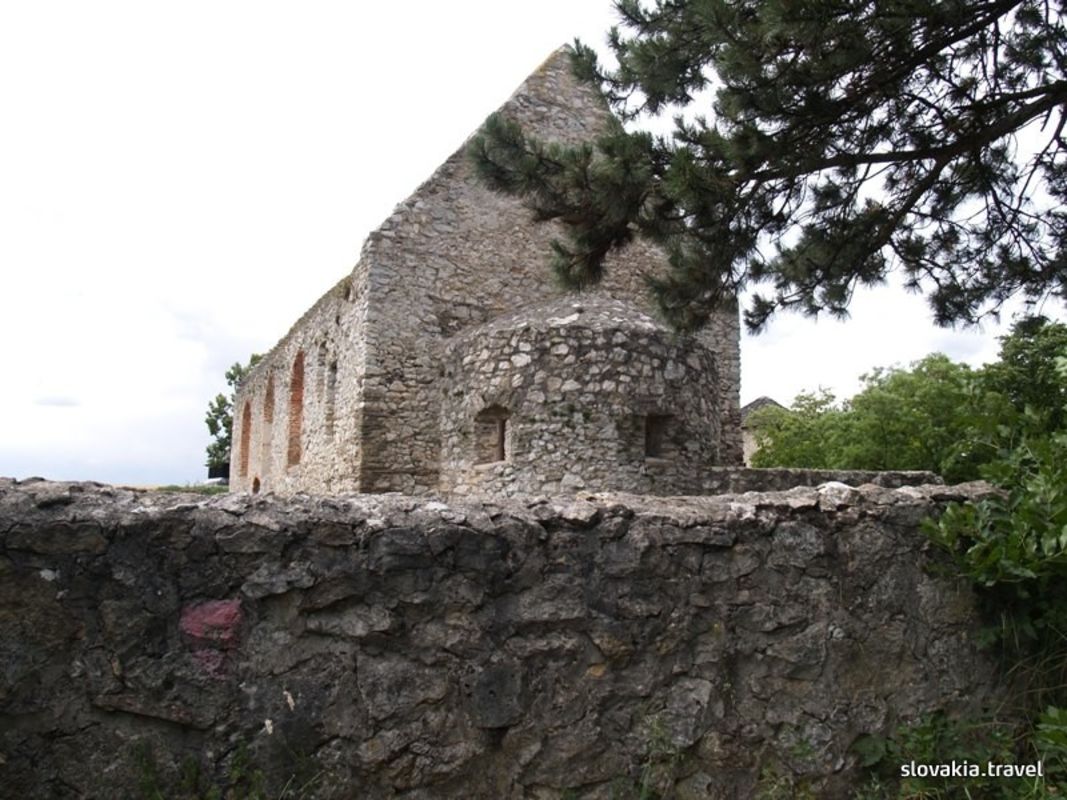 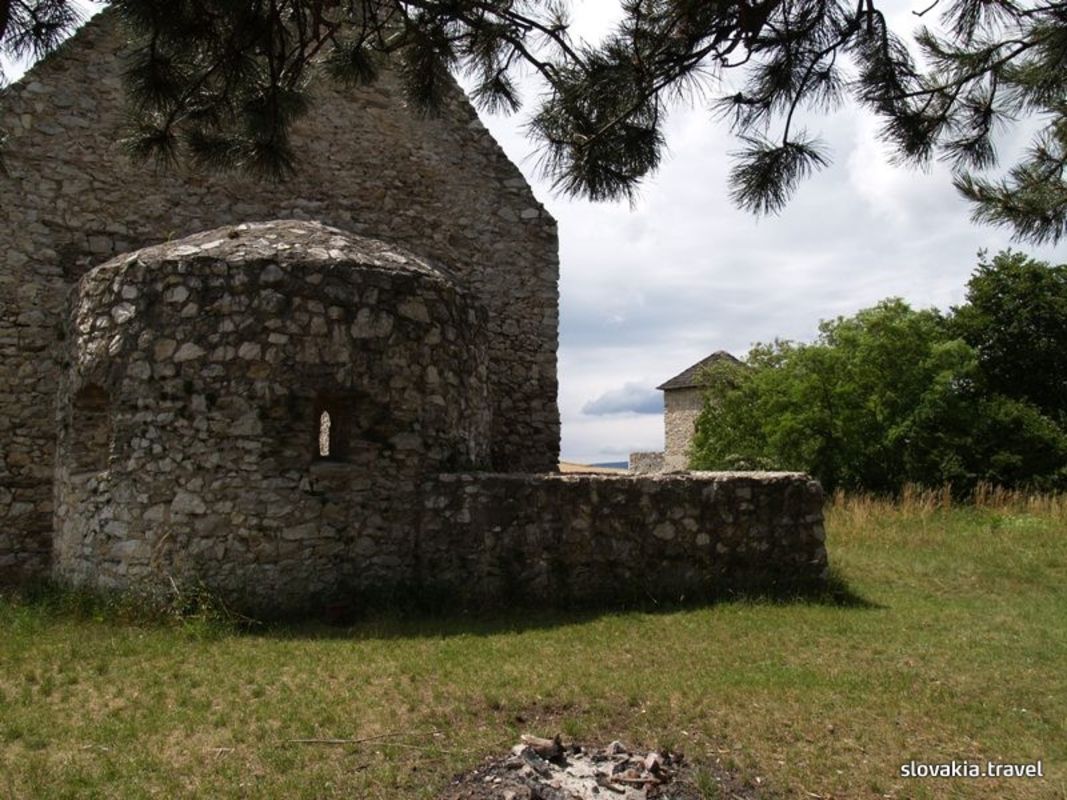