For the first time in history Slovak Post was awarded the award for the most beautiful stamp in the world with a Christian theme in the competition "Il Premio Internazionale d'arte Filatélico San Gabriele".

The competition for the most beautiful post stamp in the world with a religious theme "Il Premio Internazionale d'arte Filatélico San Gabriele" is awarded annually for the post stamp that extraordinary and significantly contributes to the spread of the Christian message in the world.
At the 32nd year of this prestigious and unique competition the Archangel Gabriel award was for the first time given to a Slovak post stamp - "the 1150th anniversary of the arrival of St. Cyril and Methodius to Great Moravia".
The stamp was issued in 2013 as a joint edition with Bulgaria, the Czech Republic and the Vatican, on grounds of the initiative of Slovak Post, which provided the art design of the stamp to other countries. It was created by the painter prof. Dušan Kállay. 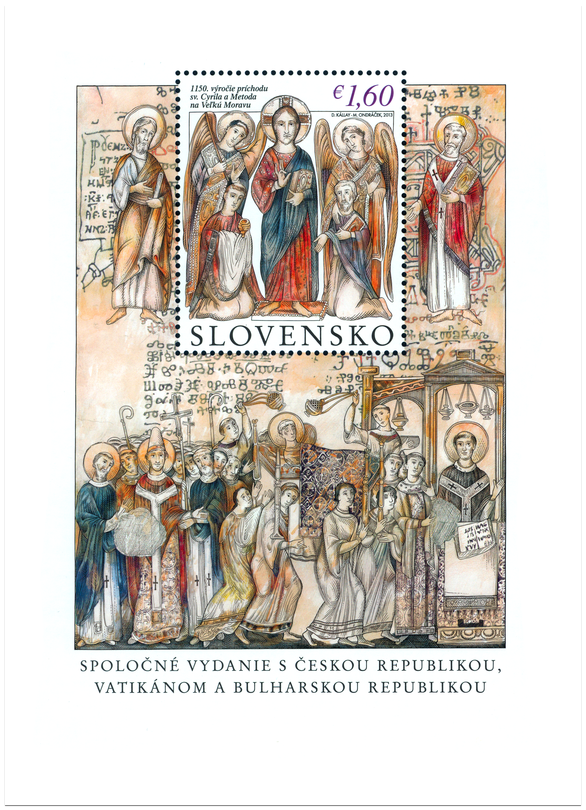