Slovak Stonehenge is in Holíč

According to Charles Tanguay Le Roux of the French Academy of Sciences, Holíč is the most eastern place with the presence of menhirs in Europe. The Holíč sanctuary and stone cult objects - one more reason to visit the region of Záhorie.

Menhirs were discovered on the hill in 1988 during the construction of the SNP housing development. It is a place, where the ancient circular sanctuary (rondel) made by two trenches, was present in the past. Rondels in the Middle Europe are dated to the era 5,500 - 6,500 years ago. The ancient rondel in Holíč was 60 metres long and it was made from 25 stones. The stones were placed in two circles, while there was a variation of small and wide "female" stones with tall and slim "male" stones. In the middle, there was the main idol. The placement of cult stones within them had astronomical and mainly magical meaning. The main idol is made from stone with the total height of 6.8 metres. The stone is decorated by symbols cut into it, such as mattock, hammer or axe; hook or hook-plough in the middle under it. The wheel represents divinity.

Menhirs have been put on show in the forecourt of the Craft House - building of the Faience in Holíč since 1996 and have been set in the shape of solar clock. They are available for public visitors and you may identify animals, tools and persons. 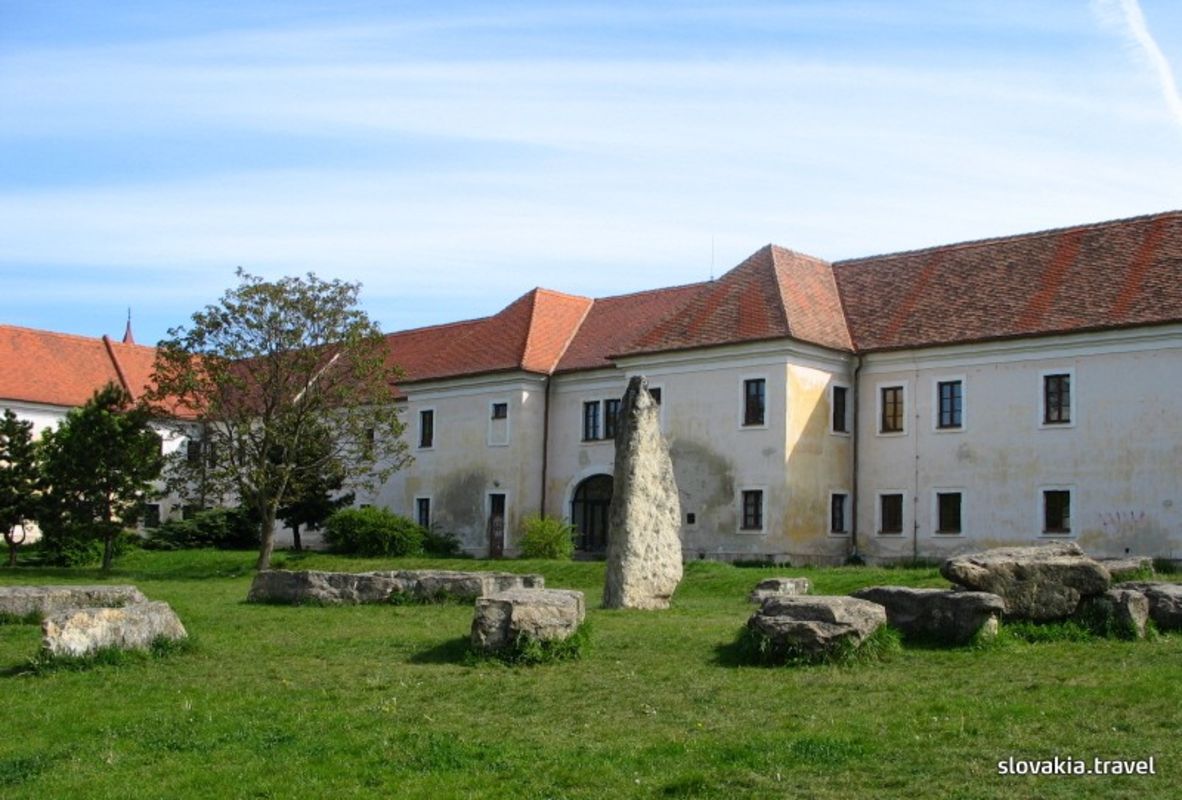