One of the most frequently visited Tatra peaks is undoubtedly the Rysy. Its popularity is due to the collective ascent of tourists held annually in the early August.

This particular event very quickly acquired the mass appeal attracting as many as three thousand tourists for a weekend. After the "Velvet Revolution", the ascents to Rysy lost their political motivation.

The route of the ascent is the same as the route to the peak of Kôprovský štít, up to the point of the crossroads in the lower part of the valley Hincova dolina, where an old Hincova tourist cottage used to stand. Then it turns right along the red-marked path ascending by numerous serpentines over a rock threshold of the valley Žabia dolina. Beyond the resting point at the lower terrace of the valley Žabia dolina, the path again ascends to the next steep rock step where the most exposed sections are secured by iron chains. 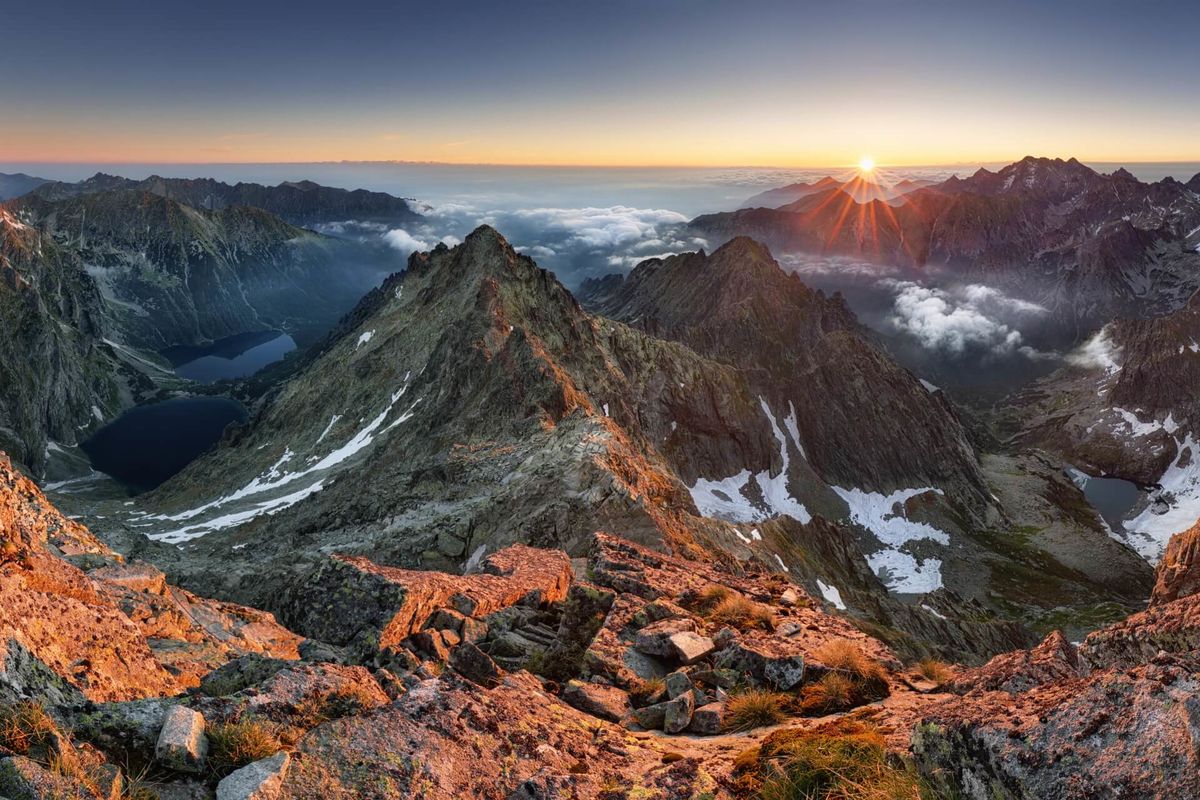 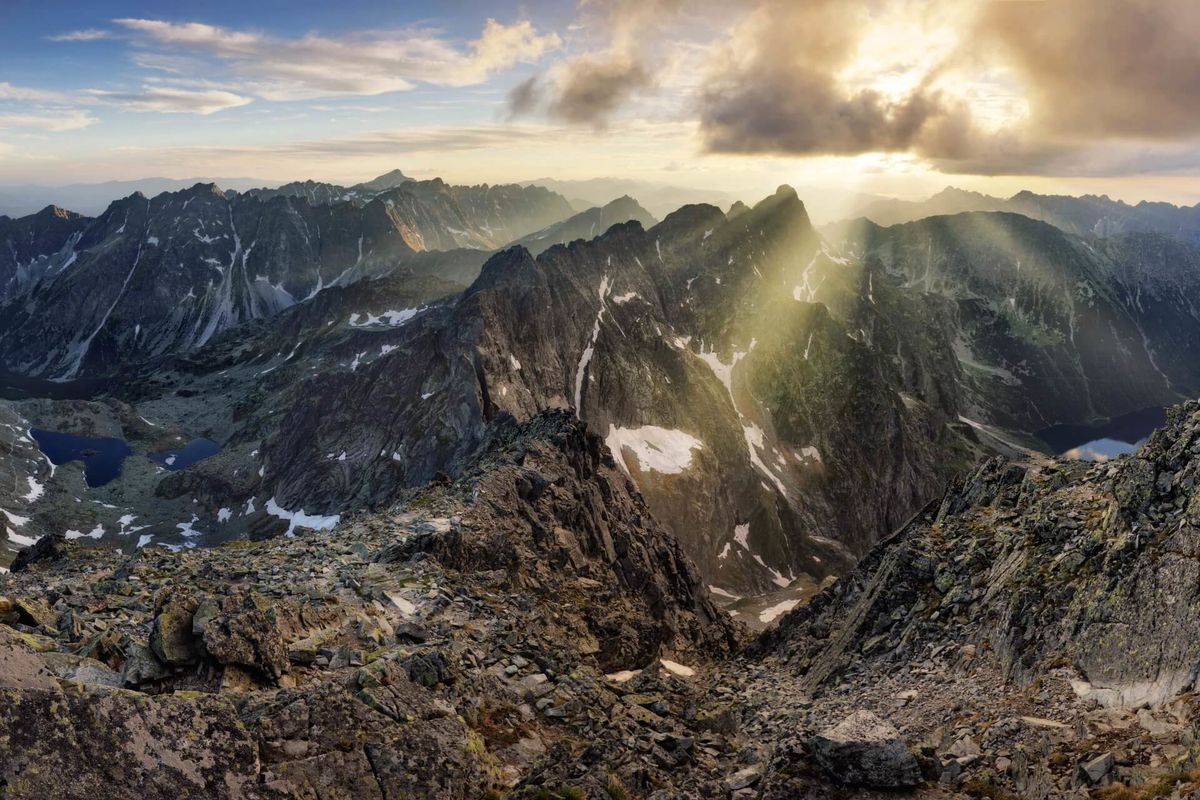