Railway bridge and tunnel of Kornel Stodola next to Telgárt

The railway bridge near Telgárt in central Slovakia was the first dissected arched structure made of iron-concrete in Czechoslovak railways. The tunnel of Kornel Stodola not far away from the bridge is the only spiral-shaped tunnel in Slovakia.

Both structures are part of the railway track Červená Skala-Margecany. The interesting thing about this track is that ascending 12 kilometres it overcomes the altitude difference of 172 m in a complicated terrain.

The railway track starts with a original design of loop-shaped tunnel near Telgárt, it continues via an attractively looking viaduct through another two tunnels and then it reaches the highest point in the second tunnel called Besnícky – i.e. at the sea level altitude of 957 metres. It is the highest situated spot of our normal track gauge railway.

The tunnel of Kornel Stodola is 1,239.6 m long and it is built as a bow with radius of 400 m. It starts next to the stop Telgárt, and turns about approximately 180° in helix form. Then the track continues by viaduct another 22 metres higher and beyond it ascends again additional 31 metres. Its following trajectory is spiral-shaped. It is also called the spiral of Telgárt. The original length of the track was 107 km and the loop shortened it by about 93 km. 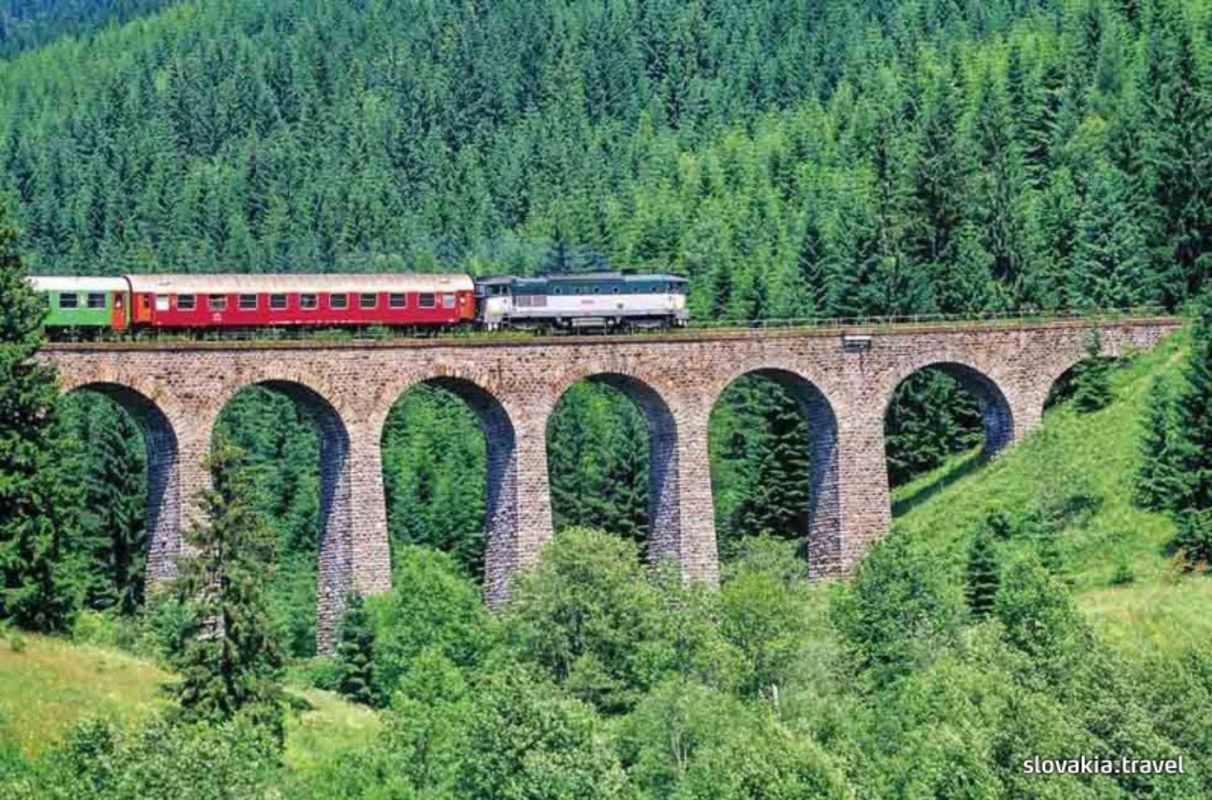