The mountain Zobor is the indivisible part of the old town Nitra in the west of Slovakia. It is the easternmost situated mountain of the Protected landscape area Ponitrie.

The natural assets of the mountain range Tribeč are protected in form of the Protected landscape area Ponitrie. It was designated in 1985 on an area of 37,665 ha. Administration of the PLA  Ponitrie seats in Nitra.

Although the territory of the PLA is compact, it consists of two different landscapes. The northern part spreads on the volcanic complex of the mountain range Vtáčnik. Apart from dense beech woods also its bizarre rock forms are interesting. The bulkiest rocks are in the massif of Buchlov, Kláštorská skala and its tallest mountain, the name of which agrees with that of the mountain range.

The southern part of the Protected landscape area in Tribeč is different; there are small rocks occurring on the edge of the mountain range. On top of some of them ruins of romantic castles stand such as Gýmeš, Čierny hrad and the Castle of Oponice.

The principal object of protection in this PLA is the continuous forest growth and localities with occurrence of the steppe or forest-steppe type of fauna and flora. The sunlit Zoborská lesostep is one example. 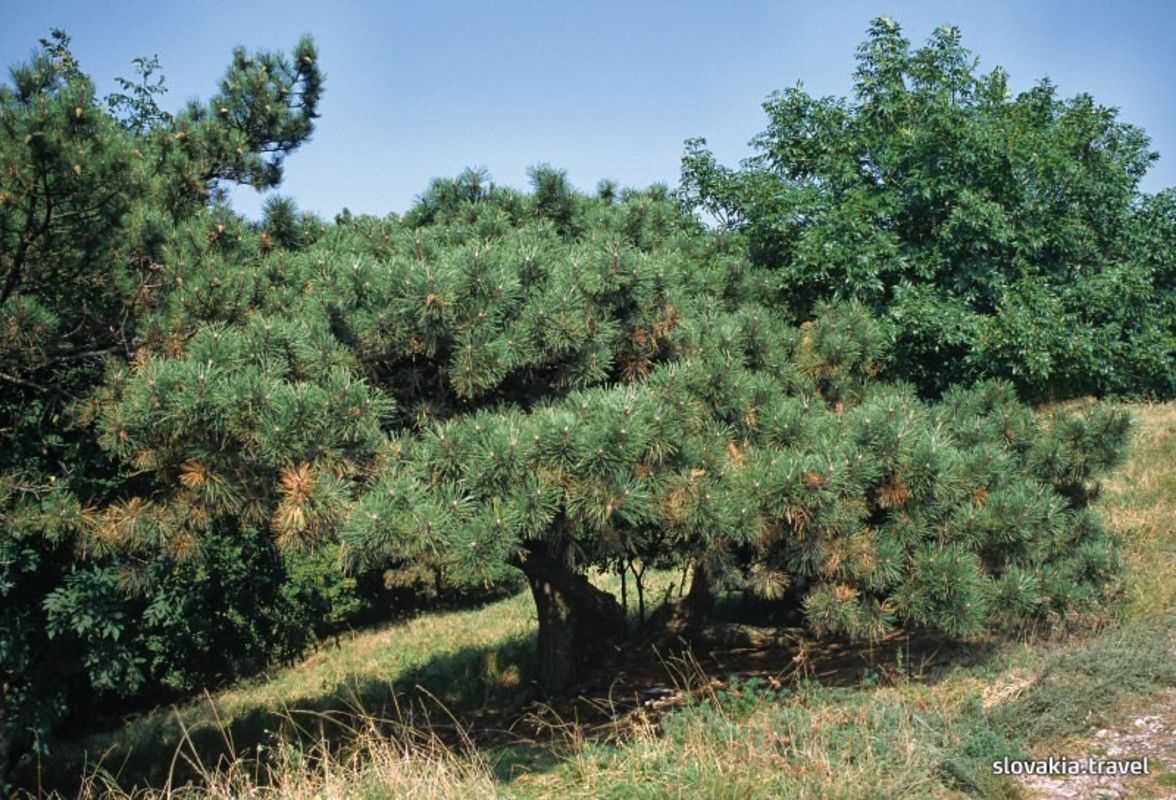