PREŠOV, the metropolis of region Šariš is the third biggest town of Slovakia. It has been the rival of Košice and Bardejov, each of them trying to win the dominance in eastern Slovakia.

The monuments of Prešov are concentrated into its historical core stretching around the Hlavná ulica street. The dominant here is the parish church of St Nicholas from the mid-14th century with tall tower reconstructed in Gothic style.

Fire afflicted the row of houses on the Hlavná ulica street in 1887 and destroyed a large portion of the town. Originally Late Gothic, Renaissance and Baroque burgher houses were reconstructed in a new style. The four-wing Klobušický Palace in the southern part of the eastern row is a nice example.

The most valuable building of the eastern row of houses is the Rákóczi Palace. Today it houses museum. Next to the Neptuns fount in a small park on the square is the building of town hall. It is the private Wine Museum now.

Sightseeing on the Hlavná ulica street finishes at its southern end. The most valuable structure here is the Greek-Catholic Cathedral of St John the Baptist from the 18th century, which forms a common structure with the Bishop Palace and the Greek-Catholic Theological Faculty. 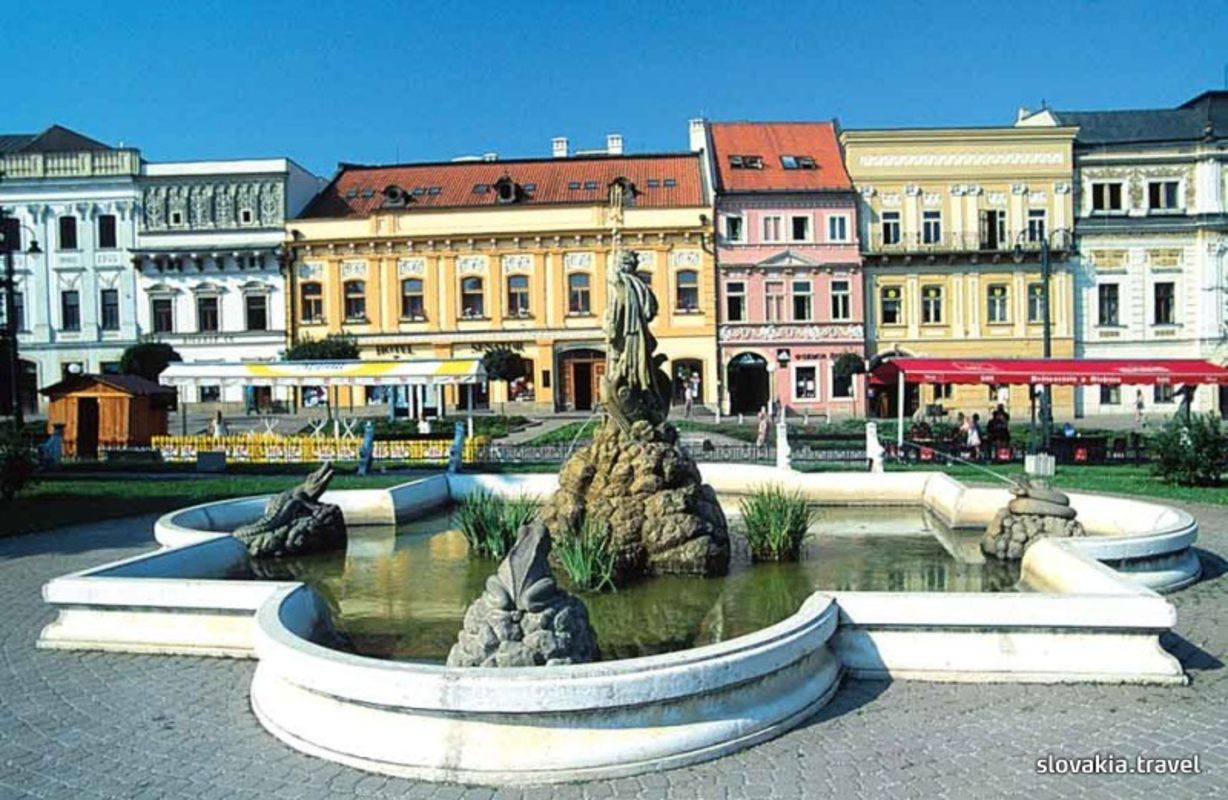