Wooden Bethlehem in Rajecká Lesná belongs among the largest wood-carvings in Slovakia. Master Jozef Pekara from Rajecké Teplice worked on it since 1980, and it took him 15 years to complete. In addition to Christ's birth in Bethlehem and his life, the exhibition also shows the history of the Slovak nation. The dominant also features of the castles, cathedrals, peaks and modern buildings. Did you know that the Bethlehem includes a total of 300 figures, out of which more than half are animated?

The movable wooden Slovak Bethlehem is a masterpiece by Jozef Pekara, a carver native to Rajecké Teplice. It took the skilled master more than 15 years to create the  original, unique Bethlehem. It is situated in the village of Rajecká Lesná, in the House of Our Lord's Nativity, which is a part of the pilgrimage area around the Basilica of the Nativity of the Virgin Mary. The public opening ceremony and blessing took place on the 26th November 1995, when the first part of the work was made available to the public in an area of the Central Slovakia region, while in the following years, the work was completed with adding the Eastern and Western Slovakia regions. Master Pekara finished the Bethlehem in 2000.
Bethlehem is incorporated into the scenery of the most important Slovak monuments. It depicts life, work habits, and traditional professions of the Slovak people, including shepherds, miners, wine growers, loggers, craftsmen, potters, carpenters or blacksmiths. The scene of Jesus' birth is situated in the middle of the piece and is incorporated into the village of Rajecká Lesná. There are also the dominant features of the castles of Devín, Bratislava, Trenčín and Orava and the cathedrals of Nitra, Trnava, Spišská Kapitula, Košice and Žilina. In the background is Mount Kriváň, one of the Tatra peaks and a symbol of Slovak nationality. The Bethlehem also includes modern buildings, such as the Slovak National Uprising Bridge in Bratislava and a speedboat cruising down the River Danube.
The Bethlehem is 8.5 metres long, 2.5 metres wide and 3 metres high. The dimensions included in this Bethlehem are among the largest carved Bethlehems in Europe. It is also the largest woodcarving piece of its kind in the world. In the House of the Lord's Nativity on the first floor is a gallery with woodcarvings by Rajec carvers.
More 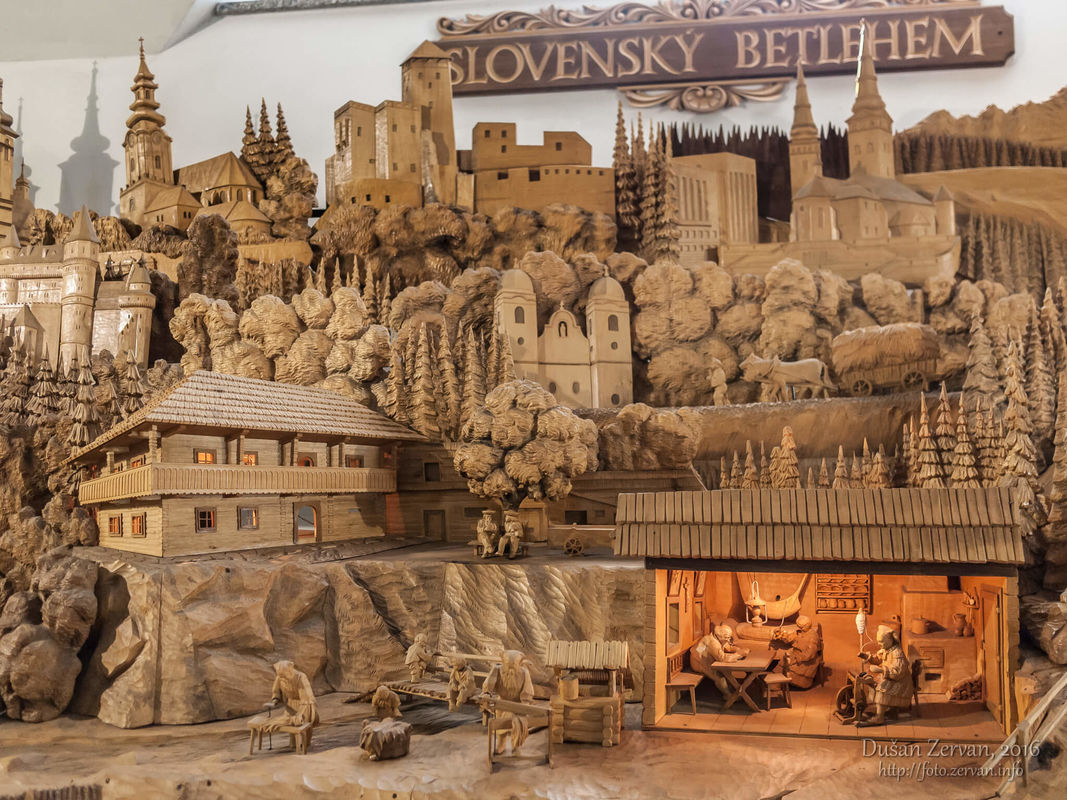 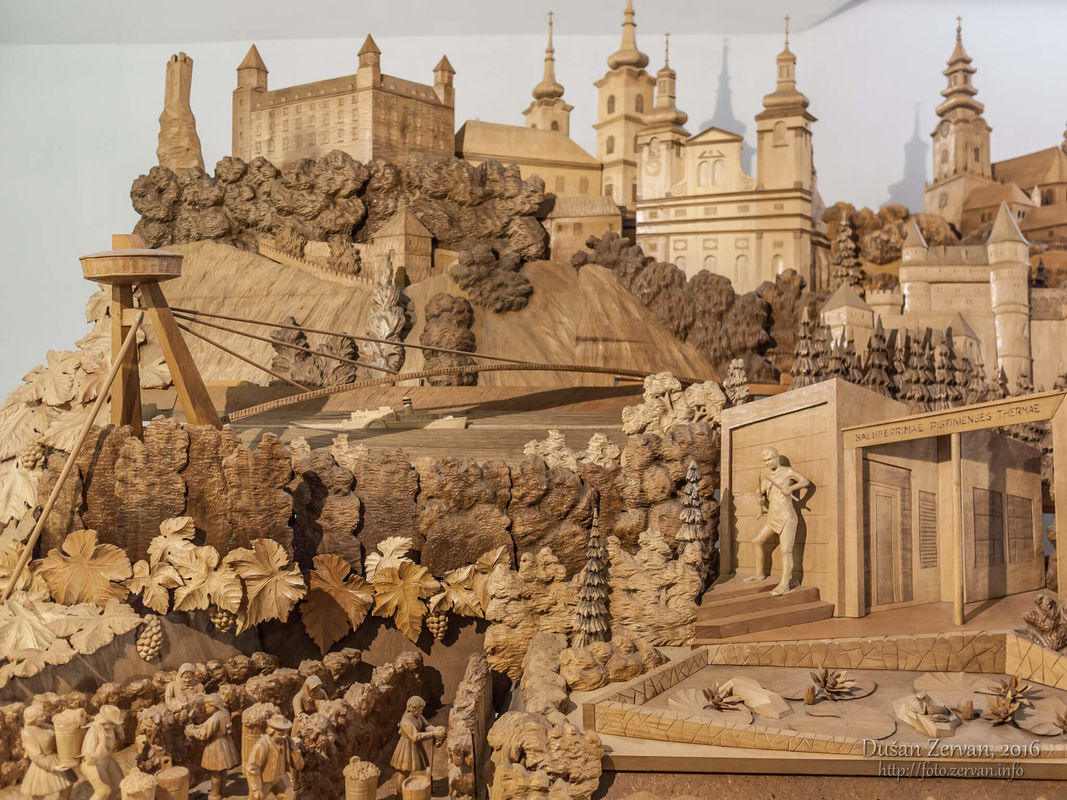 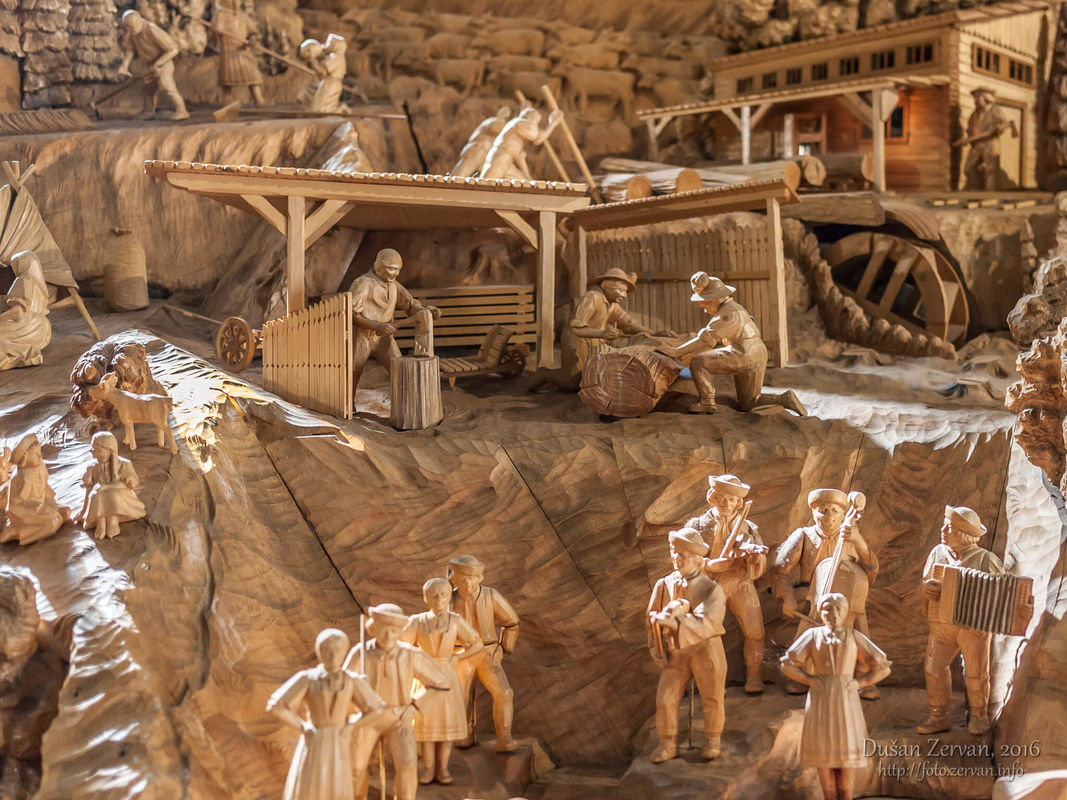 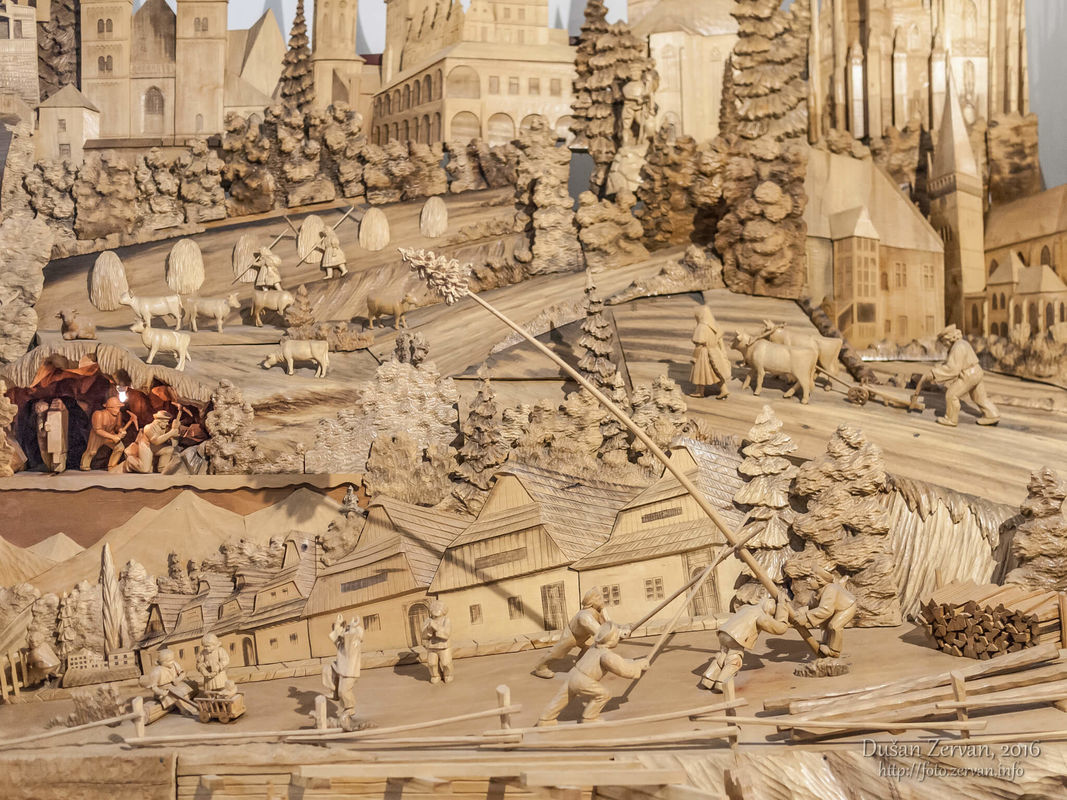 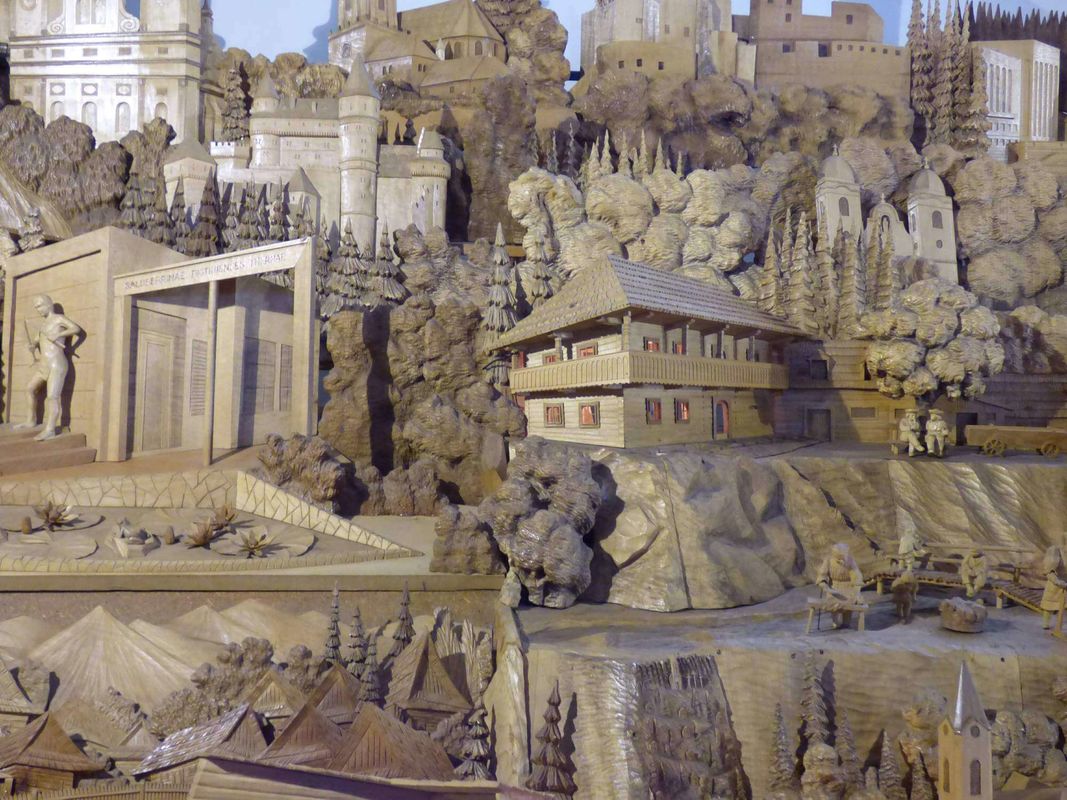