Send to a friend
Print
Display on map
Street view:
Castle park in Bojnice prouds with Lime Tree of King Matej, one the oldest trees in all Slovakia. It had a girth of 11 metres and a height of 9 metres with a tree-top of 5 metres when the last measurement was taken.
According to a legend the tree was planted by Matthew Čák of Trenčín in 1301, when the last Arpád dynasty king of Hungary Ondrej III died. The lime tree grew into a wonderful majestic tree. In the best times of the tree the crown measured about 36 meters in diameter, the main branches grew up to the height of 28 meters and its tree trunk girth measured 12 meters.
King Matthias Corvinus (1458 - 1490), who loved to stay in Bojnice very much, held great dinner parties as well as meetings under the lime tree. His relation to the tree is documented in the royal document witch is closed which the formulas “Sub nostris dilectis tillis bojniciensibus”  - Under our beautiful Bojnice lime trees. Thanks to this fact it became well-known as Lime Tree of King Matthias.
The beautiful tree was held in respect not only by the inhabitants of Bojnice but also by enemies. During years many storms and winds damaged its main parts. At the beginning of the 50s the workers of the Slovak National Museum in Bojnice found that the tree was deteriorating too quickly so they decided to rescued it.
The first record of the lime tree's treatment is from 1952. In 1969 the lime tree was declared to a protected natural artefact. 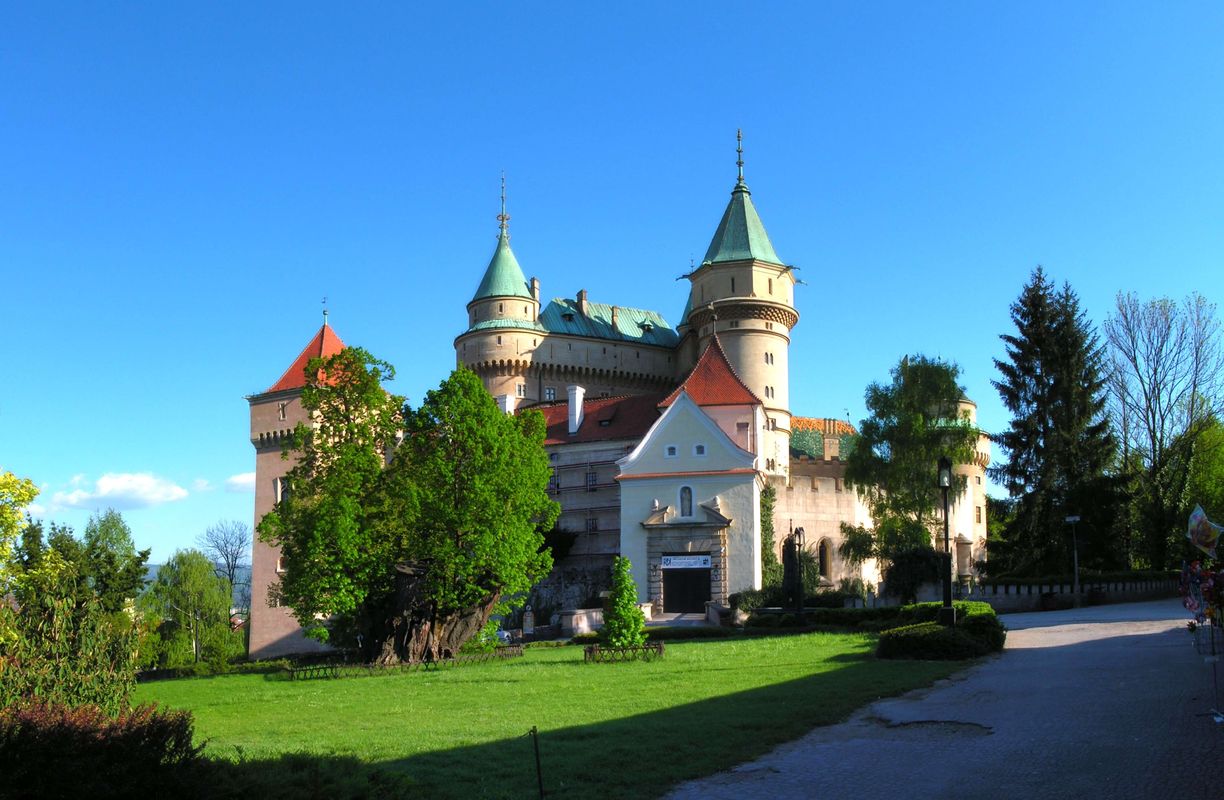 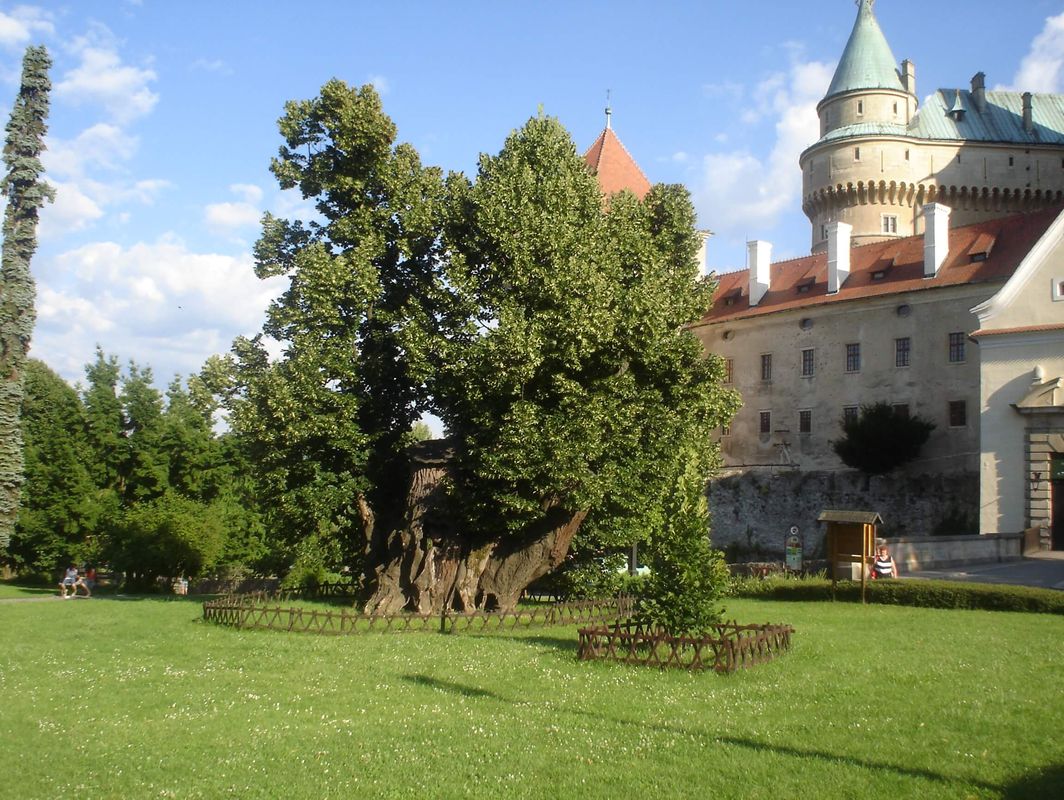 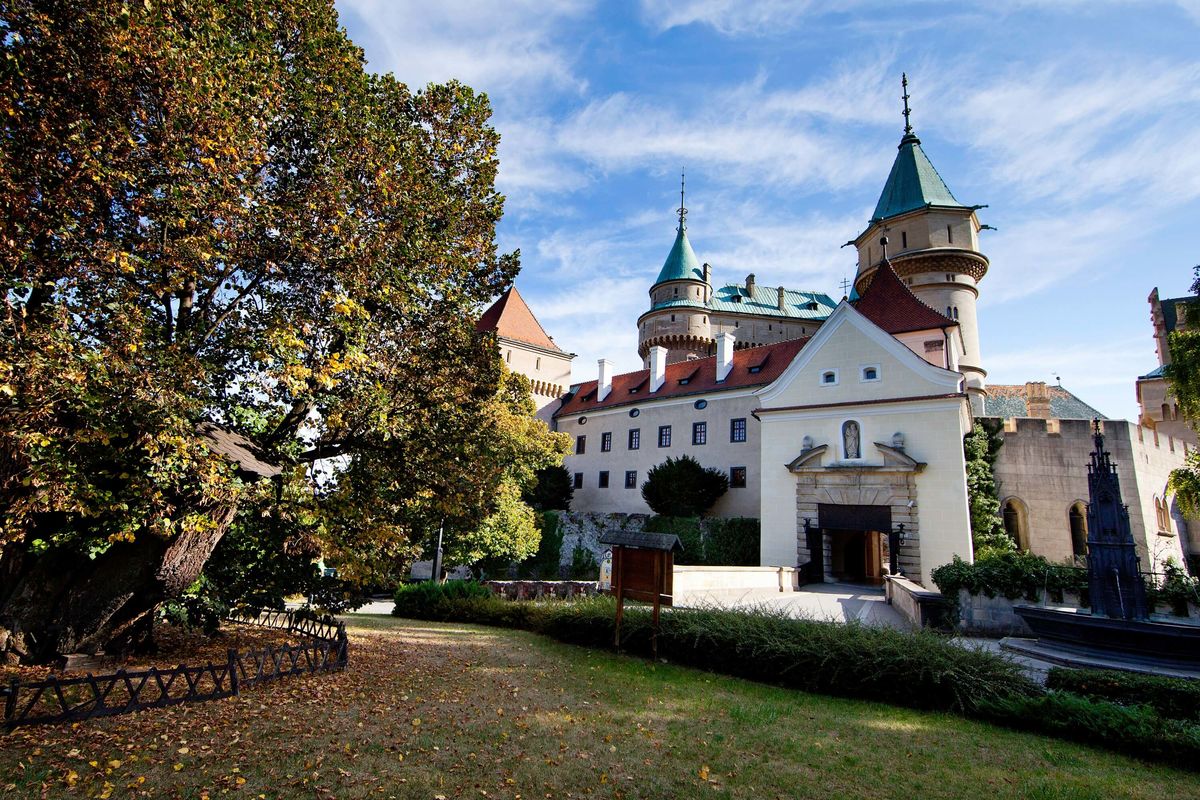 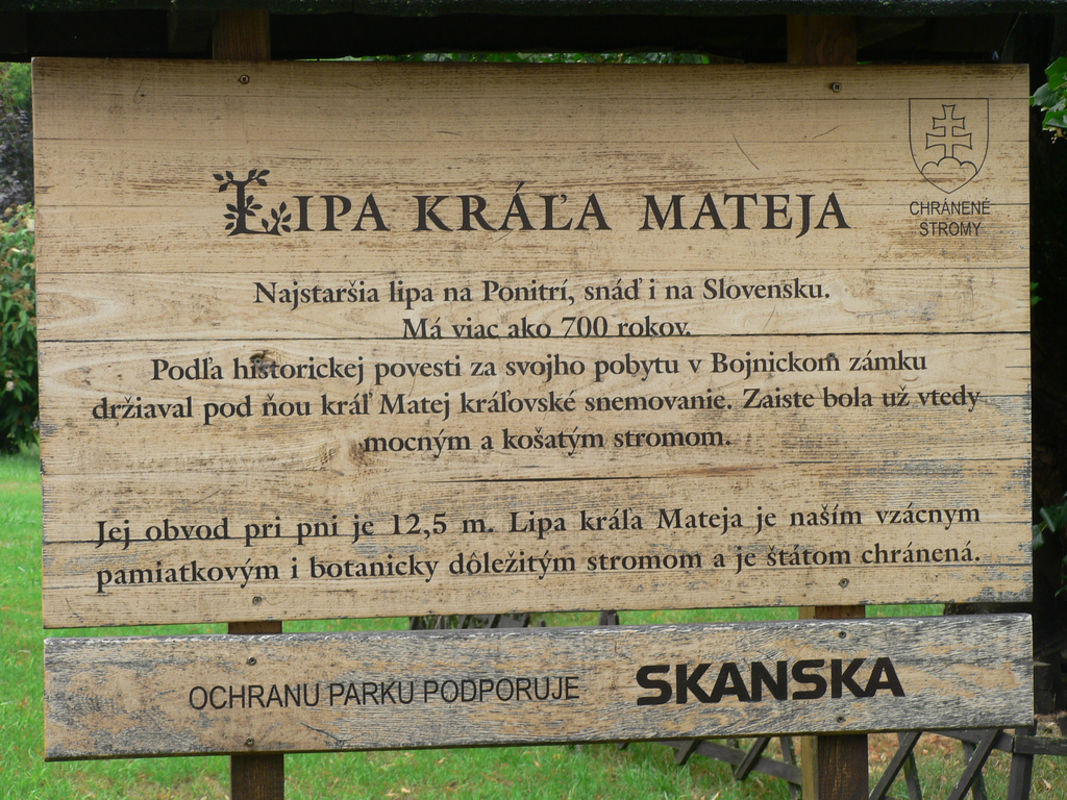