In the locality Tri vody near Osrblie stands the oldest blast furnace in the Kingdom of Hungary built in 1795.

In the forested valley below the mountain massif of Ľubietovský Vepor, near village Osrblie in central Slovakia, there exists the first blast furnace constructed in the Kingdom of Hungary. The furnace which burnt charcoal was processing the crude iron. At the iron works in locality Tri vody different iron produce was cast – among them cannon balls as well.

The compound was modernized and its capacity expanded in 1867-68. Fire destroyed the manufacture in 1882 and later it was dismantled. Part of the blast furnace though still exists and its 8.5 m tall casing was conserved. 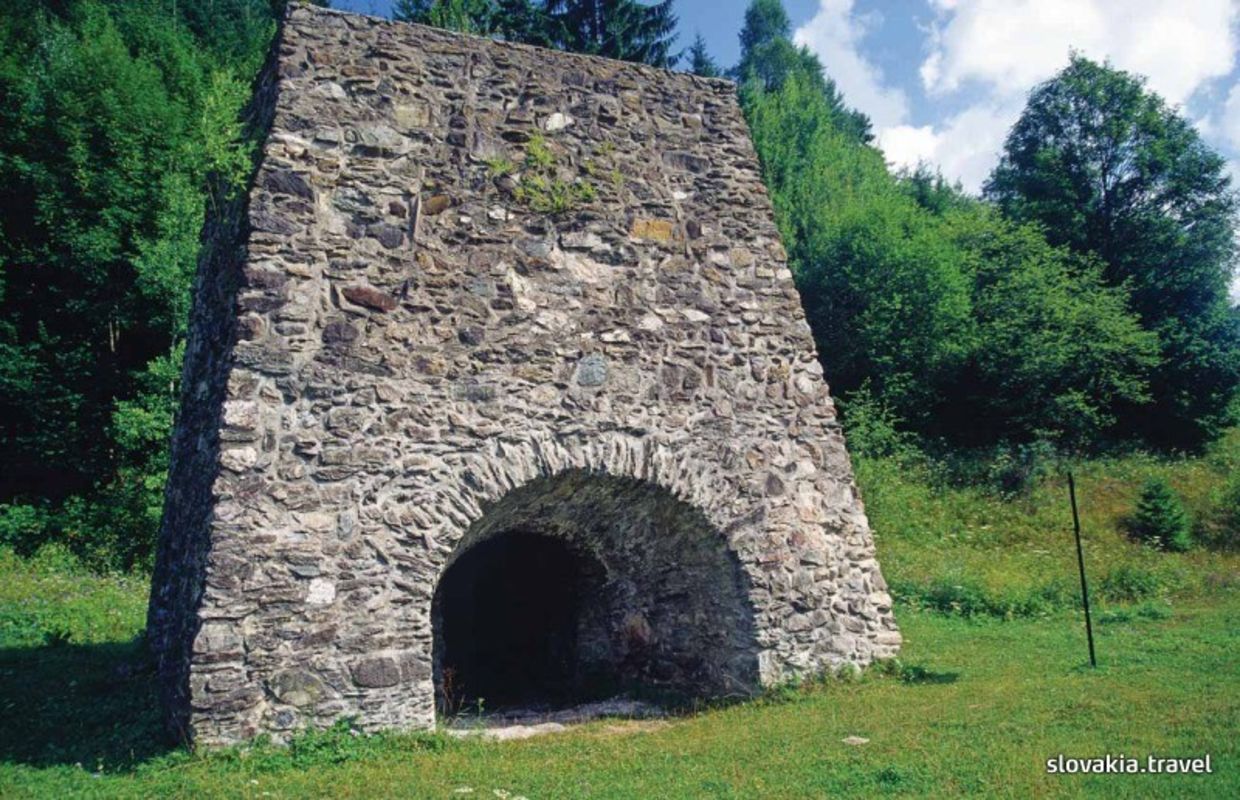