Northern Slovakia is one of Slovakia's most physically spectacular areas and also most developed in terms of tourism. Thanks to its geography, the region boasts the most significant ski resorts in the country especialy in the High Tatras, Low Tatras and Lesser Fatra mountains.

Other mountains and national parks, especially the Western Tatras or Slovenský raj (Slovak Paradise) National Park, are something of a wonderland for wildlife and hikers alike. Among the most popular destinations in Slovenský raj is the Dobšinská Ice Cave, a UNESCO World Heritage Site.

The Demänovská caves are another popular attraction in the region. Northern Slovakia is also home to the magnificent Orava and Stará Ľubovňa Castles.

The Spiš region, specifically Levoča and Spiš Castle, a UNESCO site, offers exceptionally preserved gothic monuments – a compelling attraction for tourists interested in that era. A characteristic feature of the region is folk architecture including Vlkolínec, an achingly picturesque and architecturally unique UNESCO site or Čičmany, the first folk architecture reserve in the world.

There are several thermal water-parks in northern Slovakia including the biggest in Poprad, Bešeňová or Liptovský Mikuláš as well as spas in Rajecké Teplice, Turčianske Teplice and Lúčky. 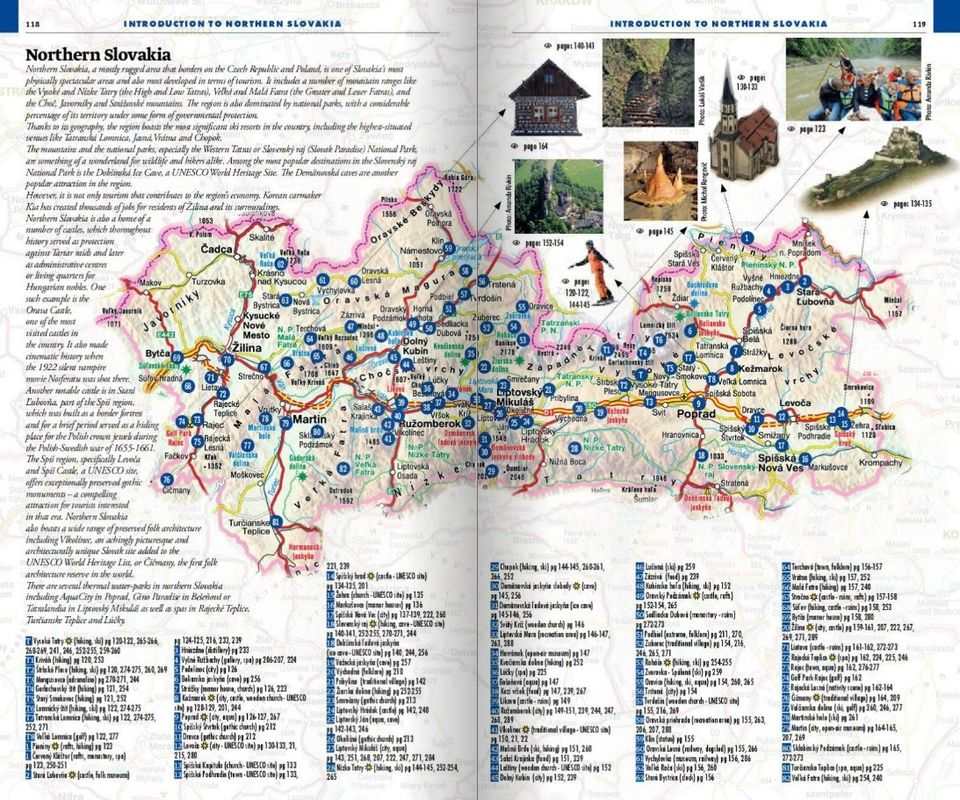