Enthusiasts of transport and its history can visit and have a great time in the new Museum of Transport Rajecké Teplice in the building of the railway station, which was officially opened in April by the Museum of Považie.

Visitors to the Museum of Transport Rajecké Teplice will see real railway tracks, masterful draisine, equipment used on the railway in the past and a showroom of an historic transport office.
Little visitors will have an opportunity to play with historic model railway.

Authors of the project did not forget about the regional particularities, as many of the acquired objects come right from the local route Žilina – Rajec. The museum will also display historic uniforms, guide’s commentary and occasionally the operation of some old machines and equipment. The route Žilina – Rajec will also run historic trains every year. 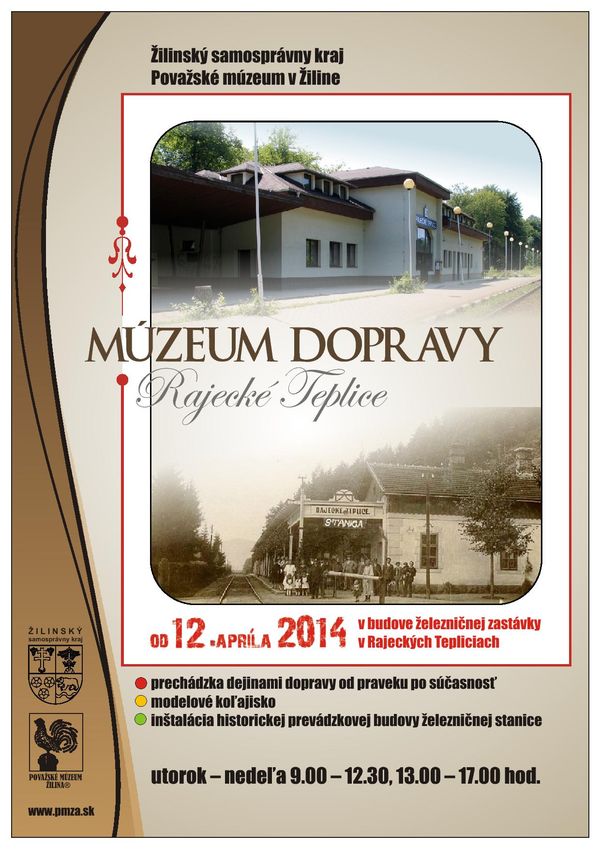