The National Stud Farm in Topoľčianky is known as being one of the most important breeding centers in all of Europe. It is the national center for the breeding and cultivation of horses in Slovakia.

Nowadays, the stud farm is not only a cultural treasure in Slovakia, but also a European rarity. No other town on the old continent has a place for the cultivation of for different breeds of horses the way they do in Topoľčianky.
It has been approved as a center for recording the breeding books of the Lippizaner, Hucul and Arabian breeds. The center maintains the central records of horses in Slovakia and is the only institution allowed to issue certificates on the provenance of all accepted horse breeds in Slovakia. The National Stud Farm is an active member of all major European and international breeding organizations.
The horse breeding farm proudly bears attribute of National Stud Farm from 1921. It is the only place in Europe where five horse breeds are bred at the same time. It focuses on breeding of Shagya Arabian, lipizzan, hutsul, purebred Arabian and Slovak warm-blooded horse. Herd's quantity is 550 pieces. Part of the stud farm is situated in the territory of Topoľčianky Castle – summer residence of the first president of the Czechoslovak Republic T.G. Masaryk.
Also hipologic exposition with lot of interesting exhibits forms part of the farm. It covers an area of more than 1000 ha what shows power and importance of the facility. Single breeding objects and centres of National stud farm were built in the course of period 1921 – 1930. Even today, 90 years later, it serves as a model of complex solution of zootechnical, biological and social needs of reproduction process in horse breeding.
Stud farm is known abroad mainly thanks to quadrille and classic school with lipizzan stud horses. Horses from national stables performed at various events, e.g. record of mega-quadrille to Guinness Book of Records in Mannheim, Germany. They are successful also at sports events in many equestrian disciplines - dressage, equestrian vaulting, show jumping, endurance riding, teams of horses. Sports and breeders’ events take place also on stud farm during whole year. Highlight of the season 2013 was World Pair Driving Championships with record participation of riders from 23 countries of the world. The stud farm is important as one of the European selection breeding and breeding centres of noble warm-blooded horses. If you prefer not just to watch horses but also to own one, you should certainly contact the breeding centre.
During its existence lasting for almost a century, the employees, riders and horses of the National Stud Farm represented Slovakia at the most prestigious national and international breeding and sporting events. Its exhibition cases are thus decorated with most precious laurels and trophies. 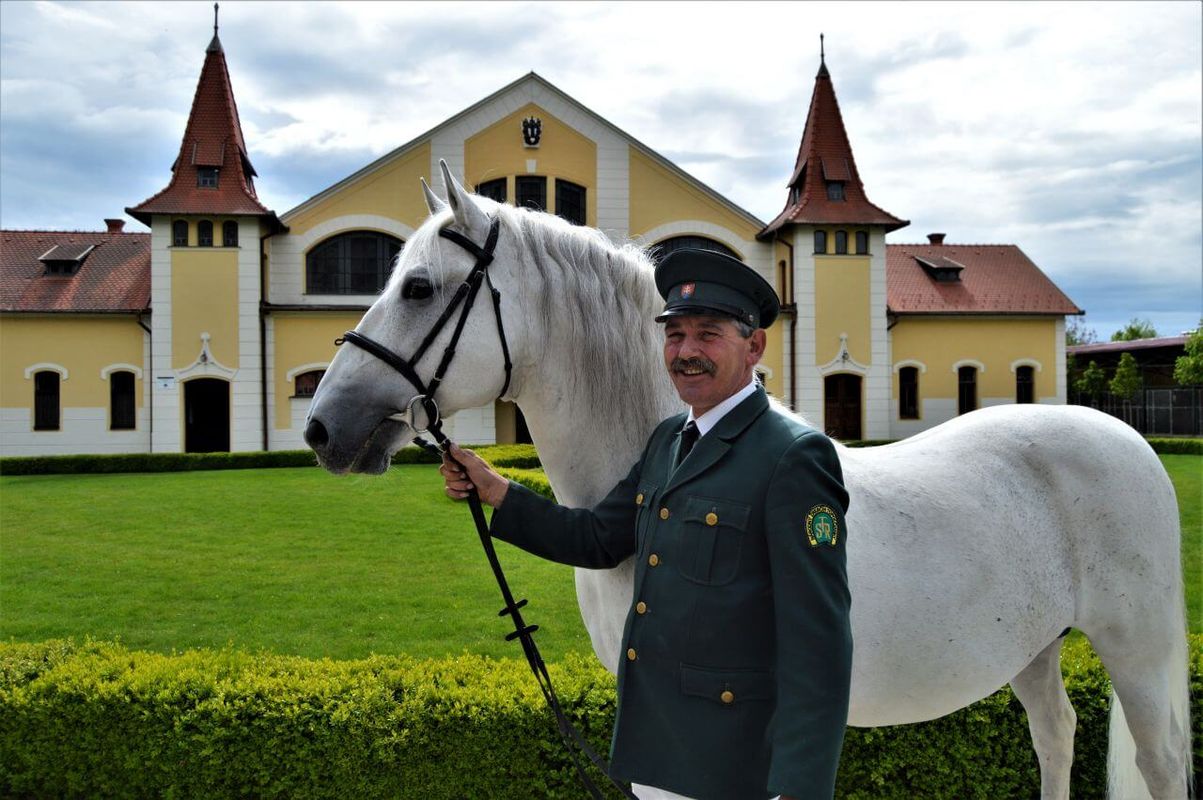 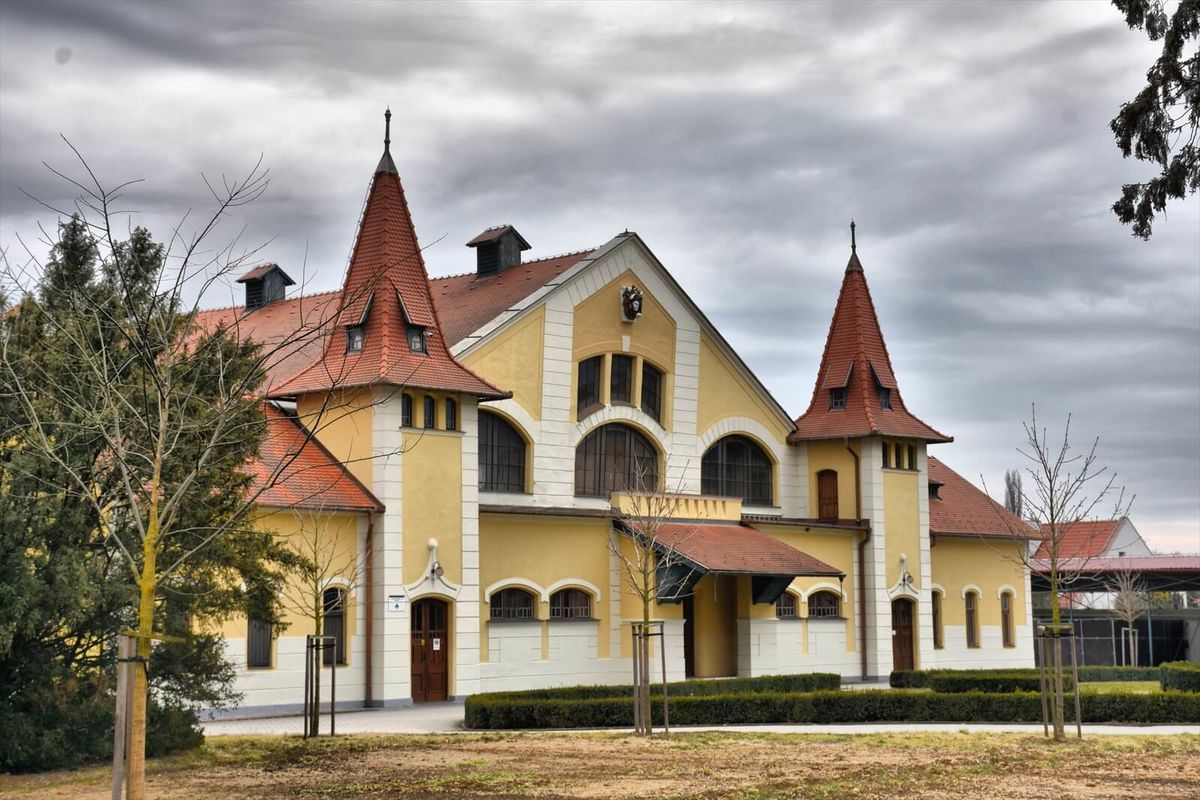 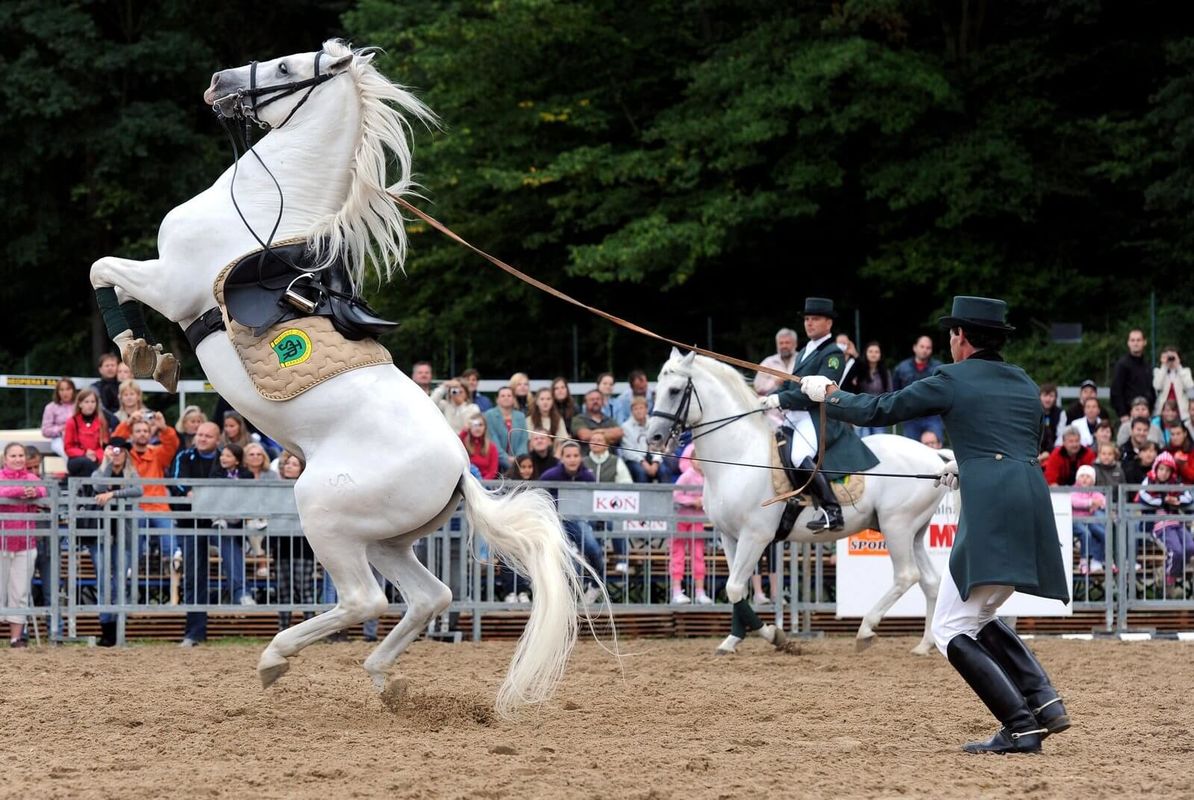 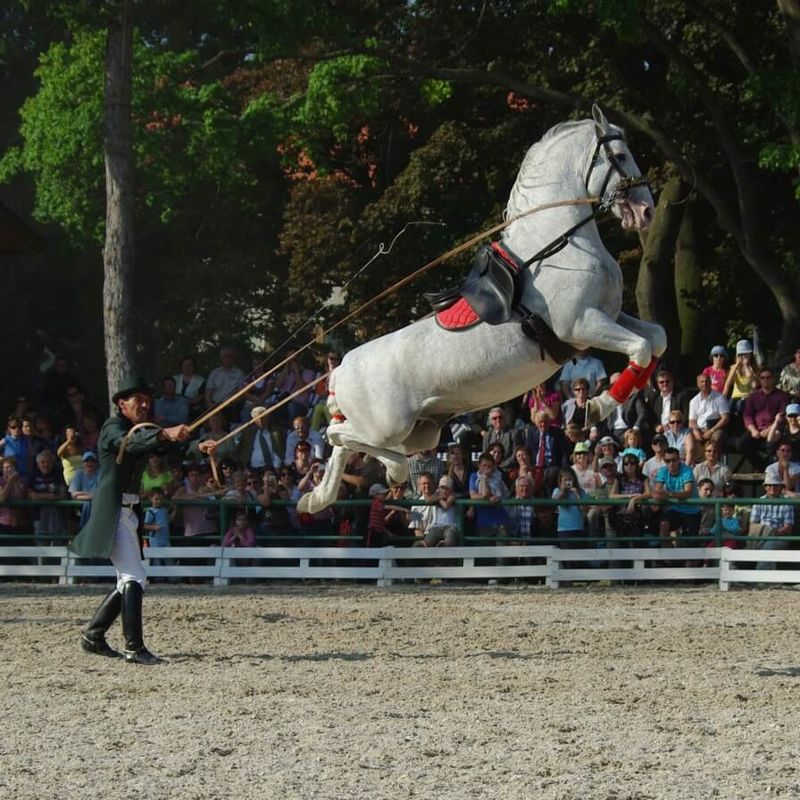 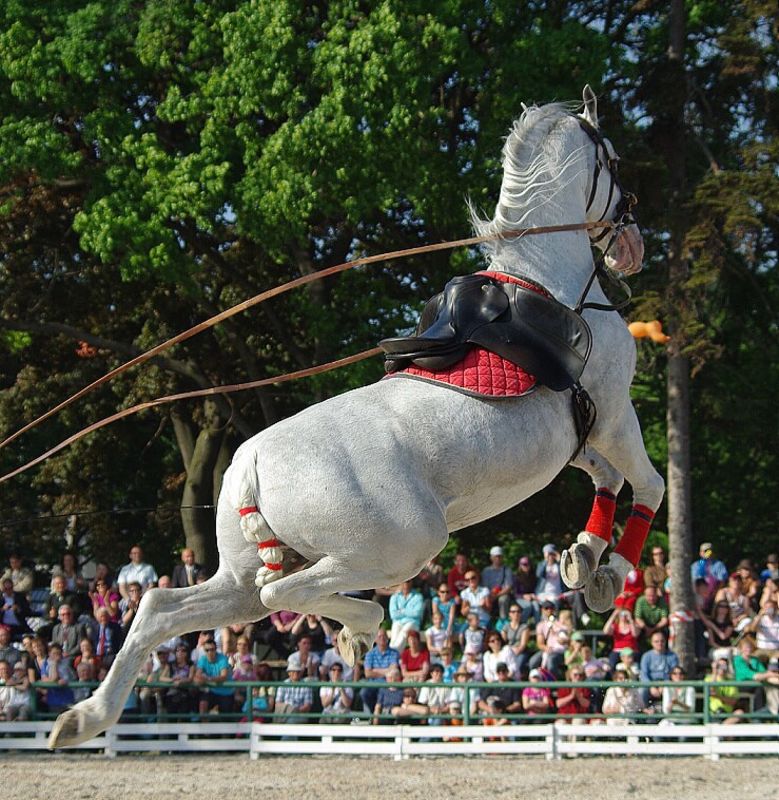 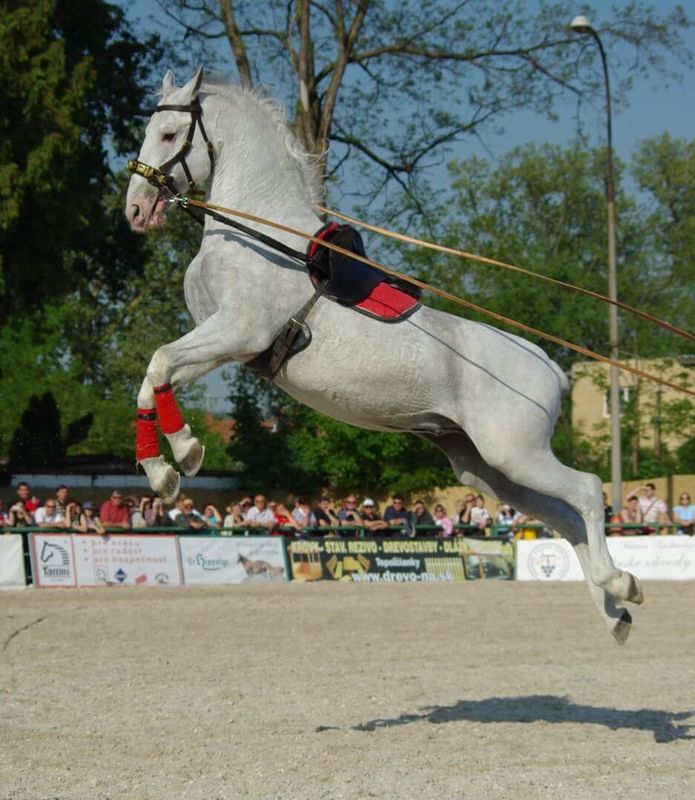 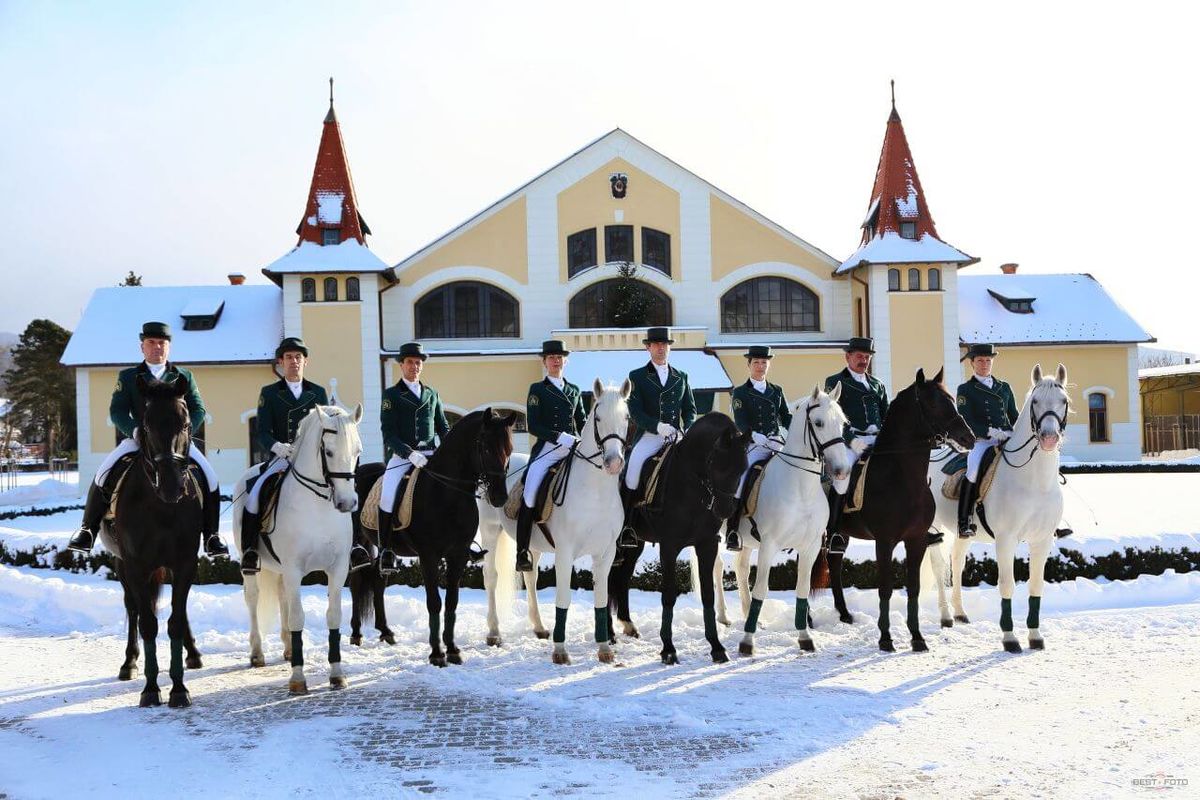 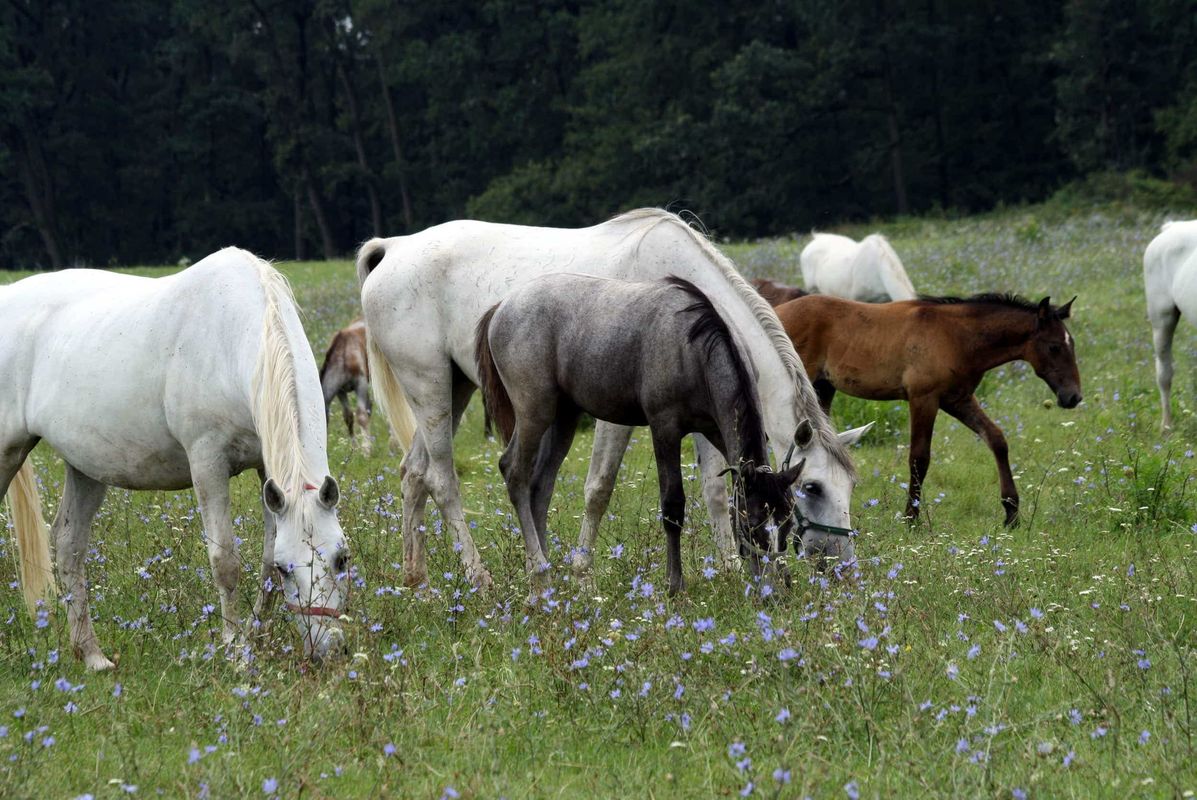 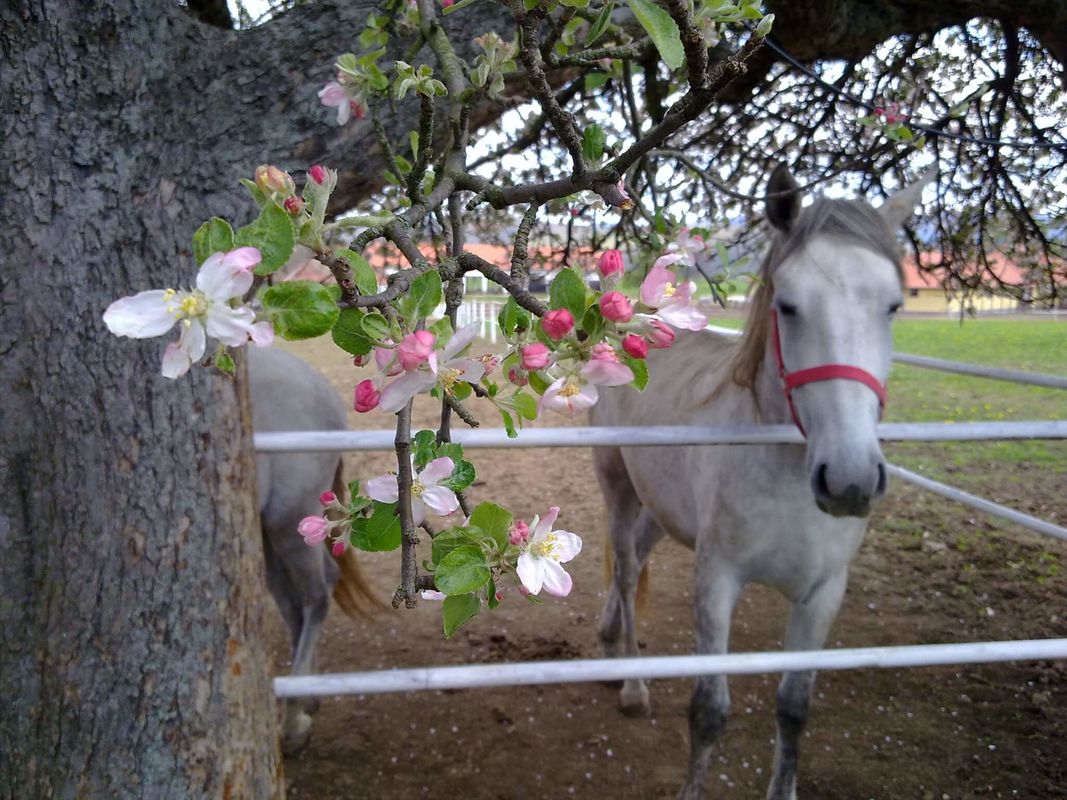 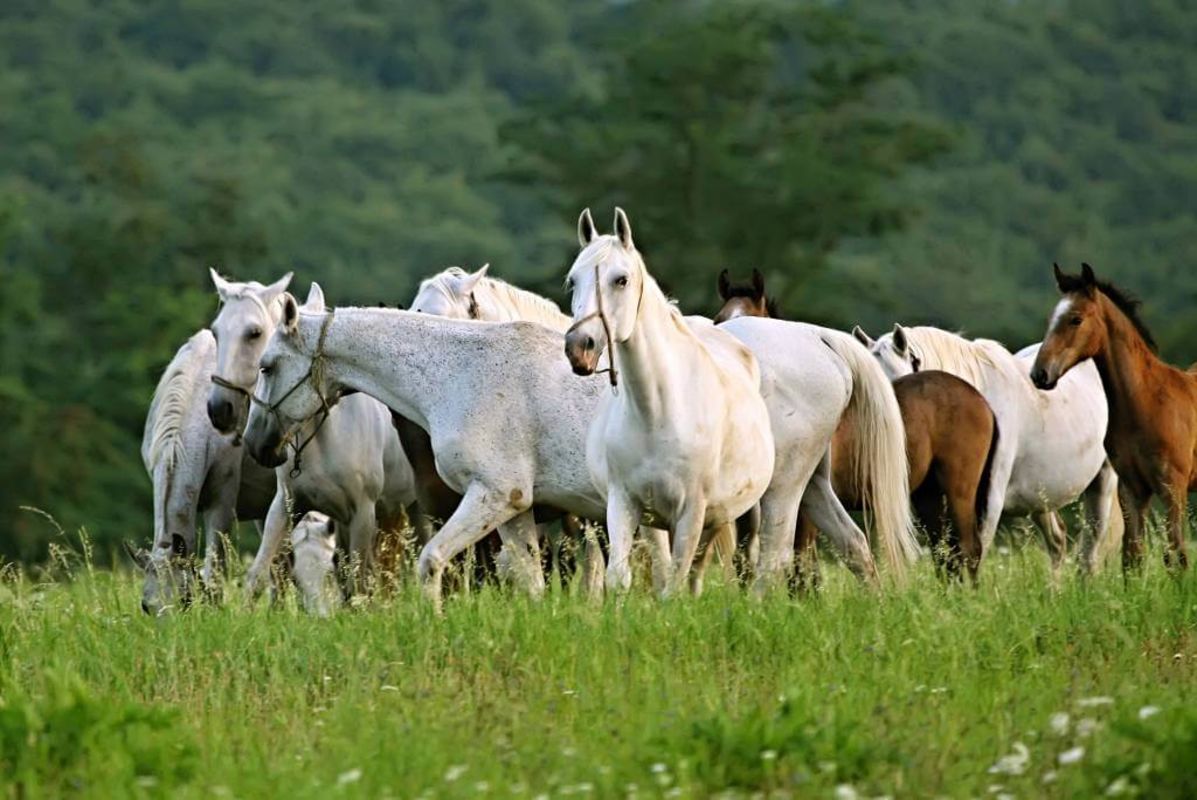 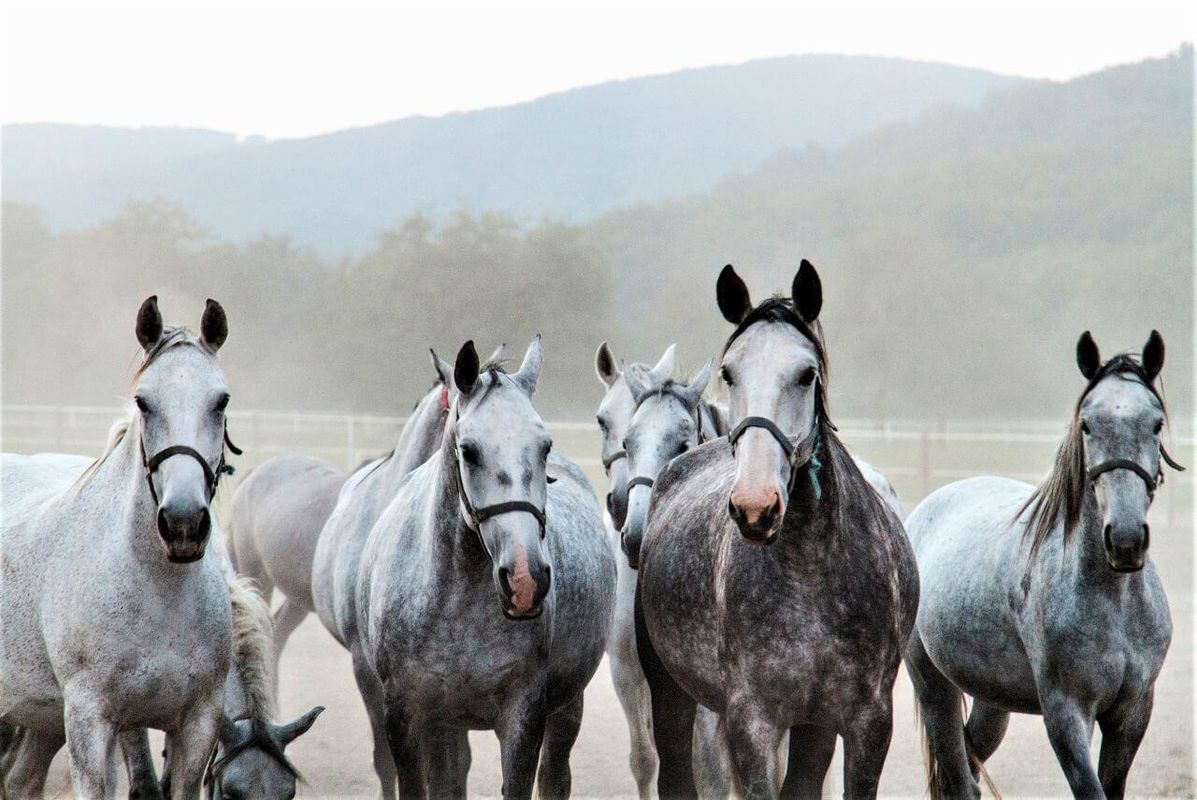