Slovakia is full of treasures. All of them are worth to discover. The most precious ones are inscribed on the UNESCO World Heritage List. The world ought to see them. 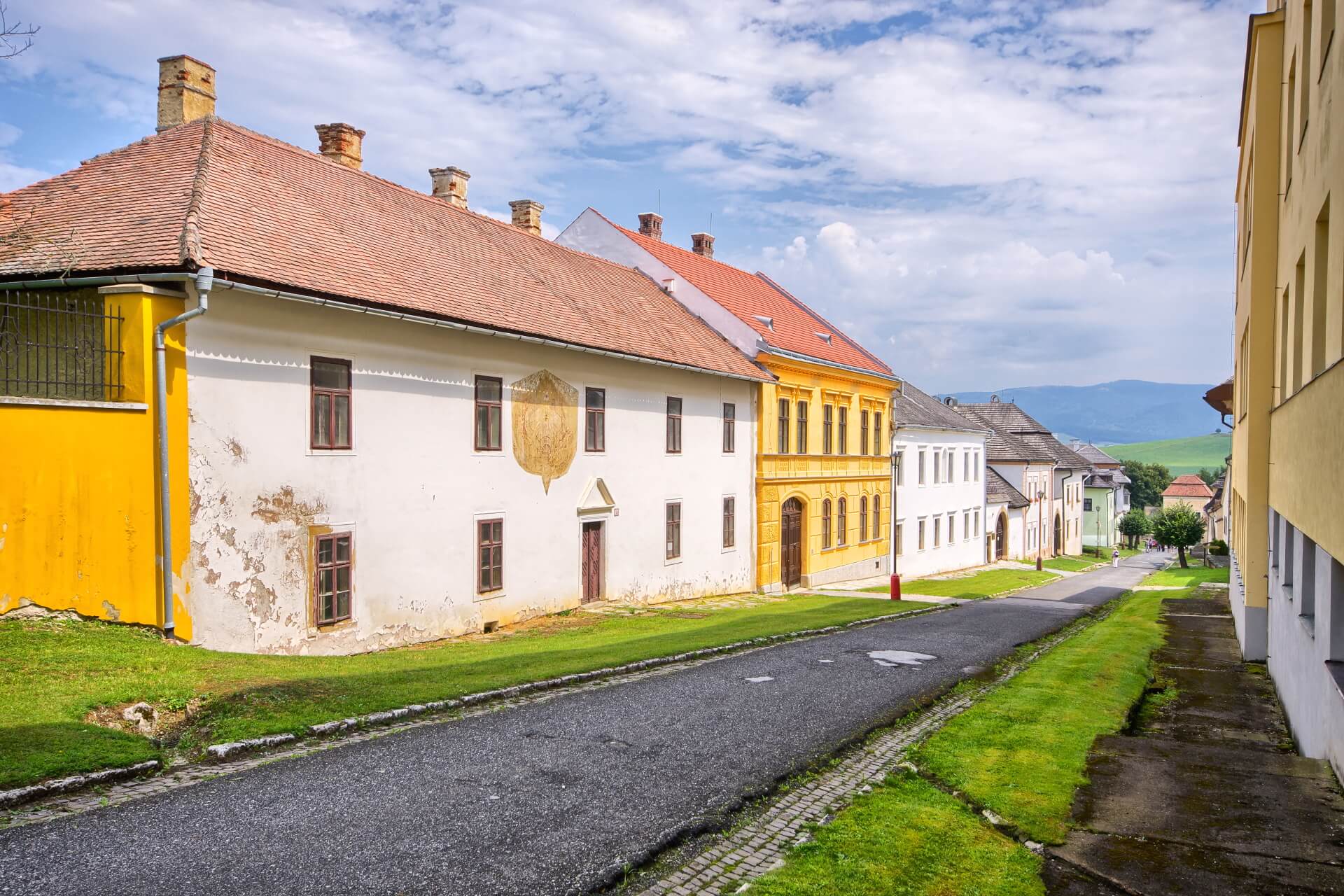 World Heritage means outstanding universal value which is so exceptional as to transcend national boundaries and has commonimportance for present and future generations of humanity. As such, itspermanent protection is of the highest importance of the international community as a whole. 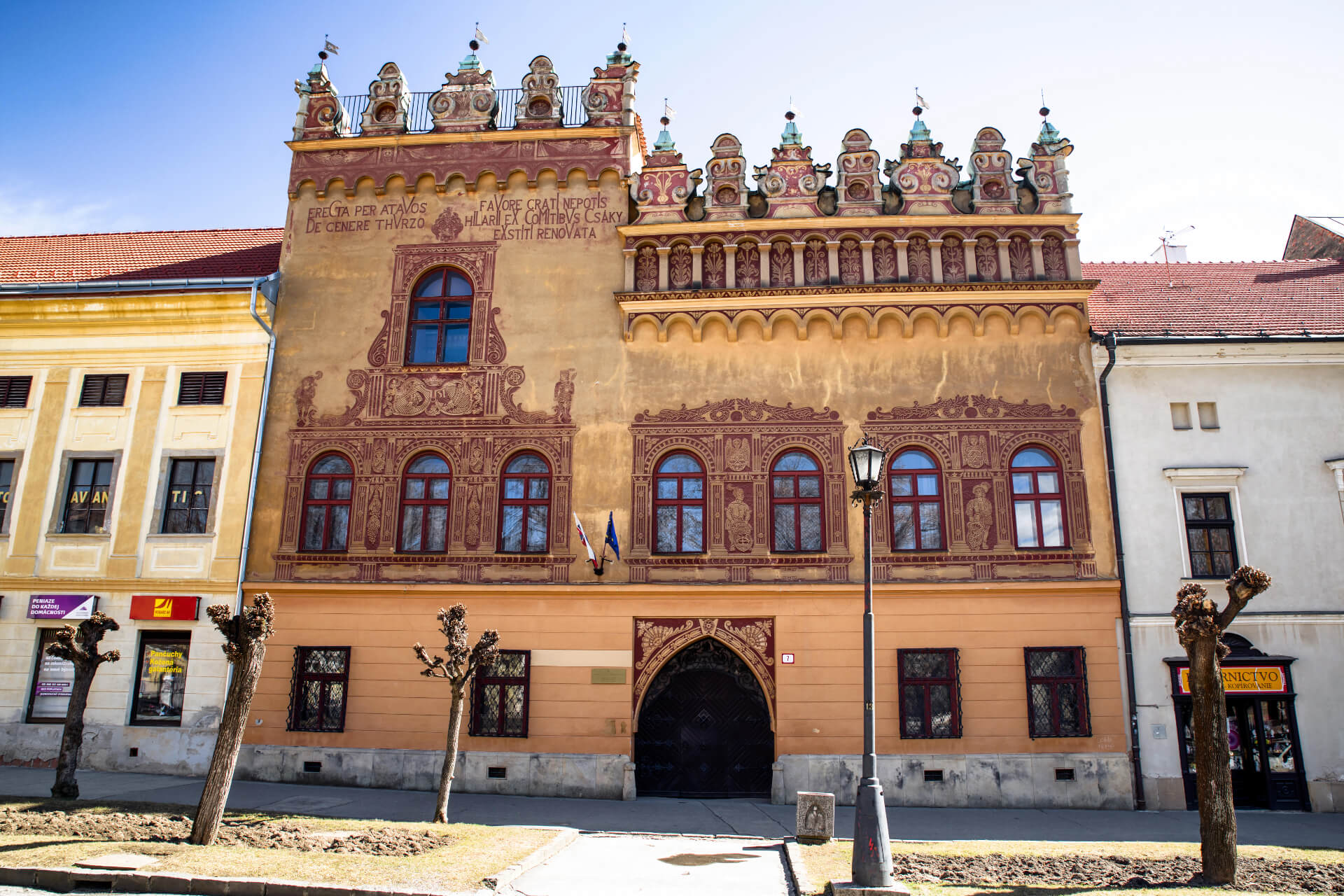 The efforts to protect the most valuable natural and cultural objects and localities of our planet led to adoption of the UNESCO Convention concerning the Protection of the World Cultural and Natural Heritage in 1972. More than 1120 properties have been inscribed on the World Heritage List so far. 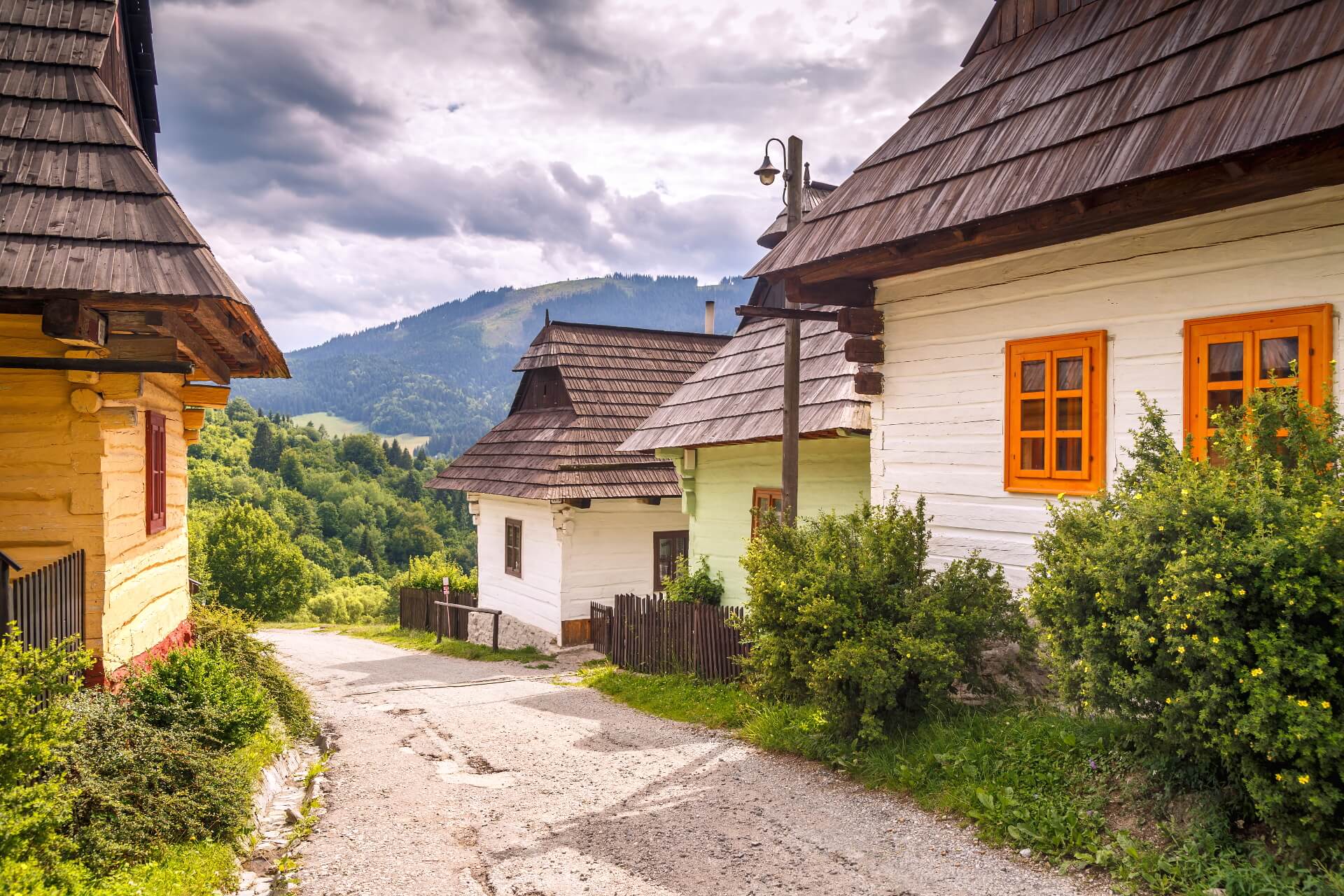 For centuries, great value of particular urban and rural settlements were crowd-pullers. Their exceptional beauty survived to present days. Charm of the past times now gives them the extraordinary atmosphere. 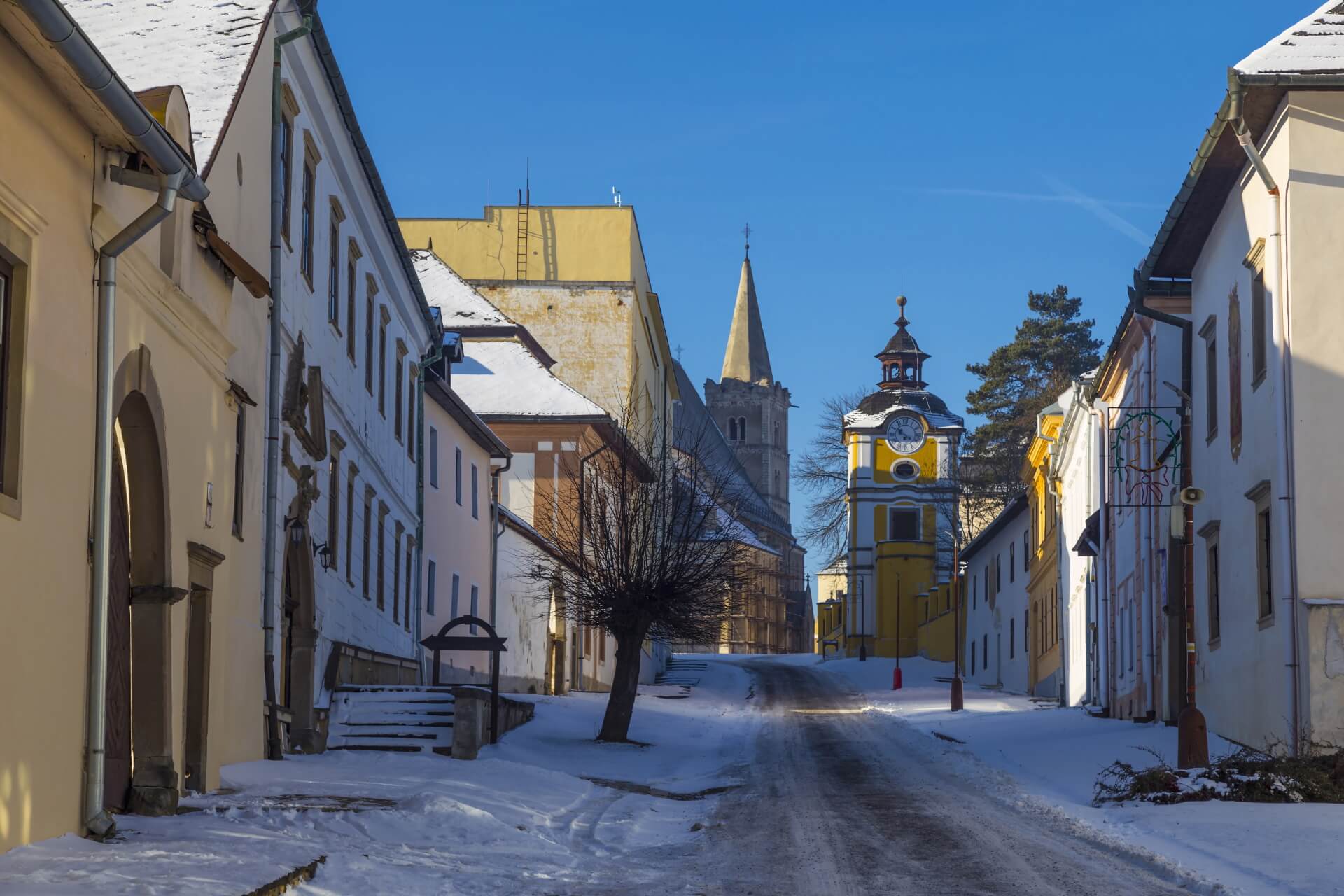 There is really a lot of precious in Slovak minicipalities. Some of them offer so unique sites that deserved a position among the cultural heritage UNESCO inscribes on the World Heritage List. As a part of the memory of the world, these locations are municipalities of the future. 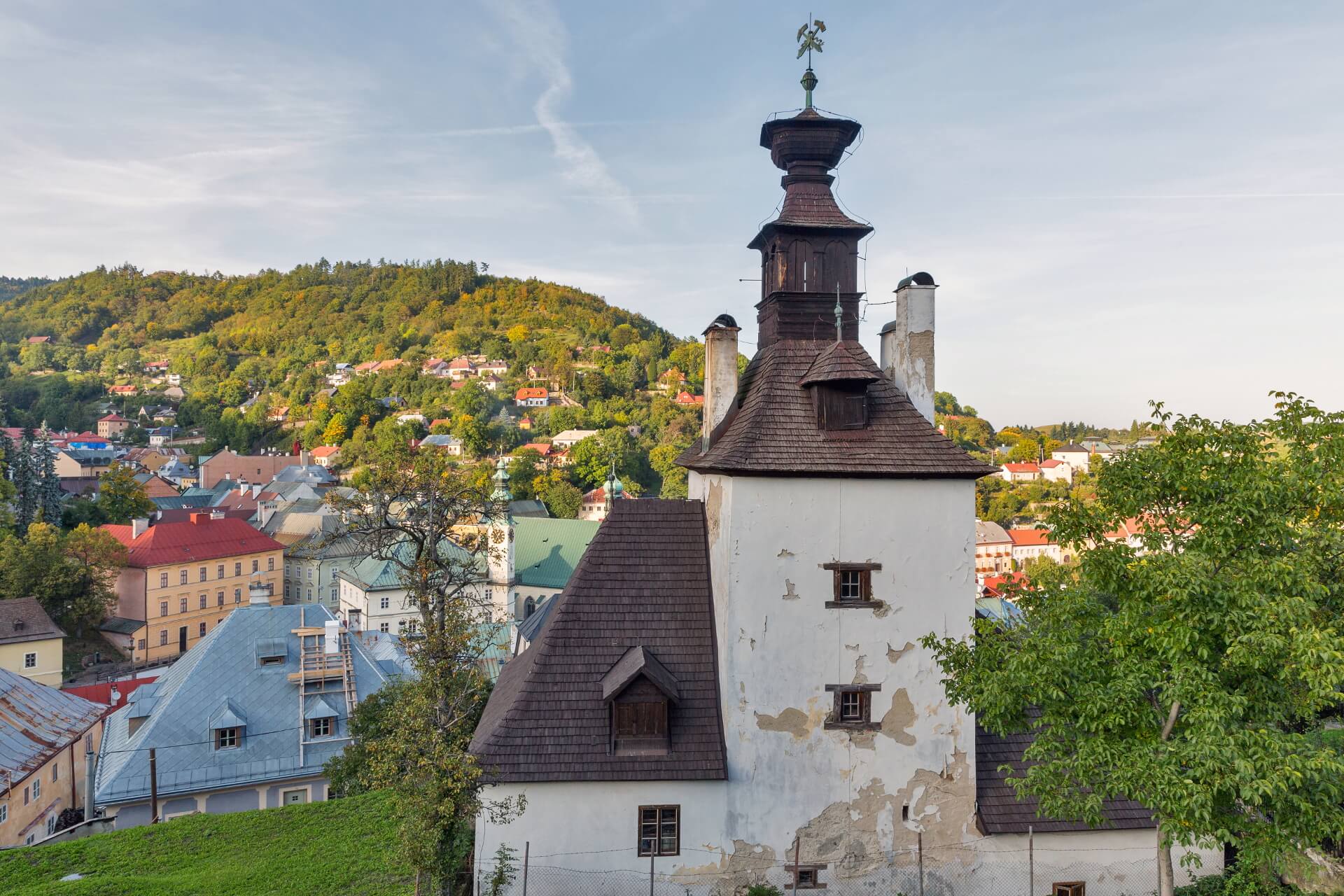 Banská Štiavnica and Bardejov are in addition both members of the Organization of World Heritage Cities that connects with more than 300 cities having on their territory a site inscribed on the UNESCO World Heritage List, with a total population of over 164 million people. The World Heritage Cities Programme is one of six thematic programmes formally approved and monitored by the World Heritage Committee. It is intended to support the conservation and management of similar heritage properties. 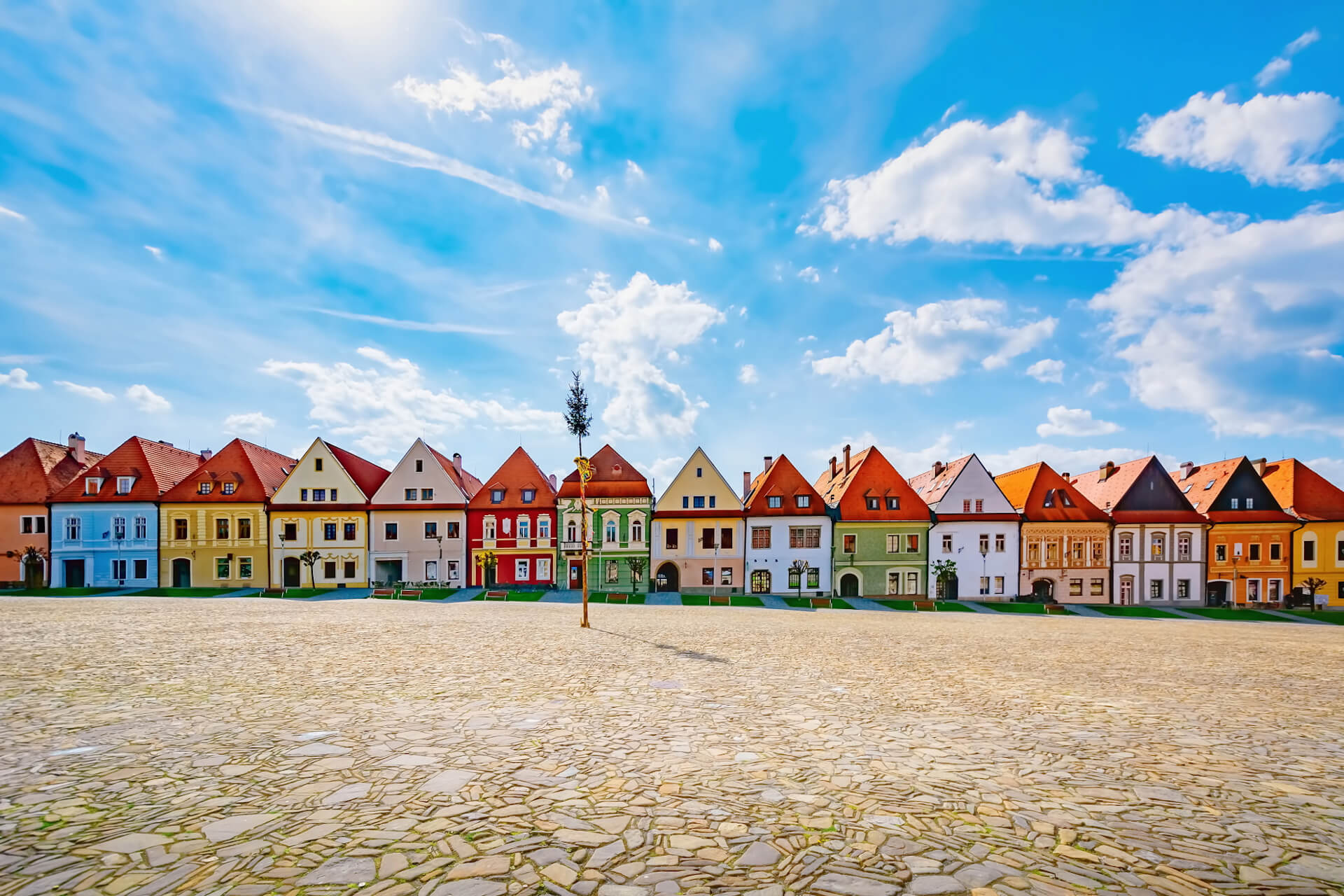 Each of them experienced a glorious golden era and thanks to their rich history they are provided with interesting sights in their premises as well as their surroundings. And all of them were inscribed into the UNESCO World Cultural and Natural Heritage List. Nowadays, all of them also face the challenges of protecting and managing their urban heritage. 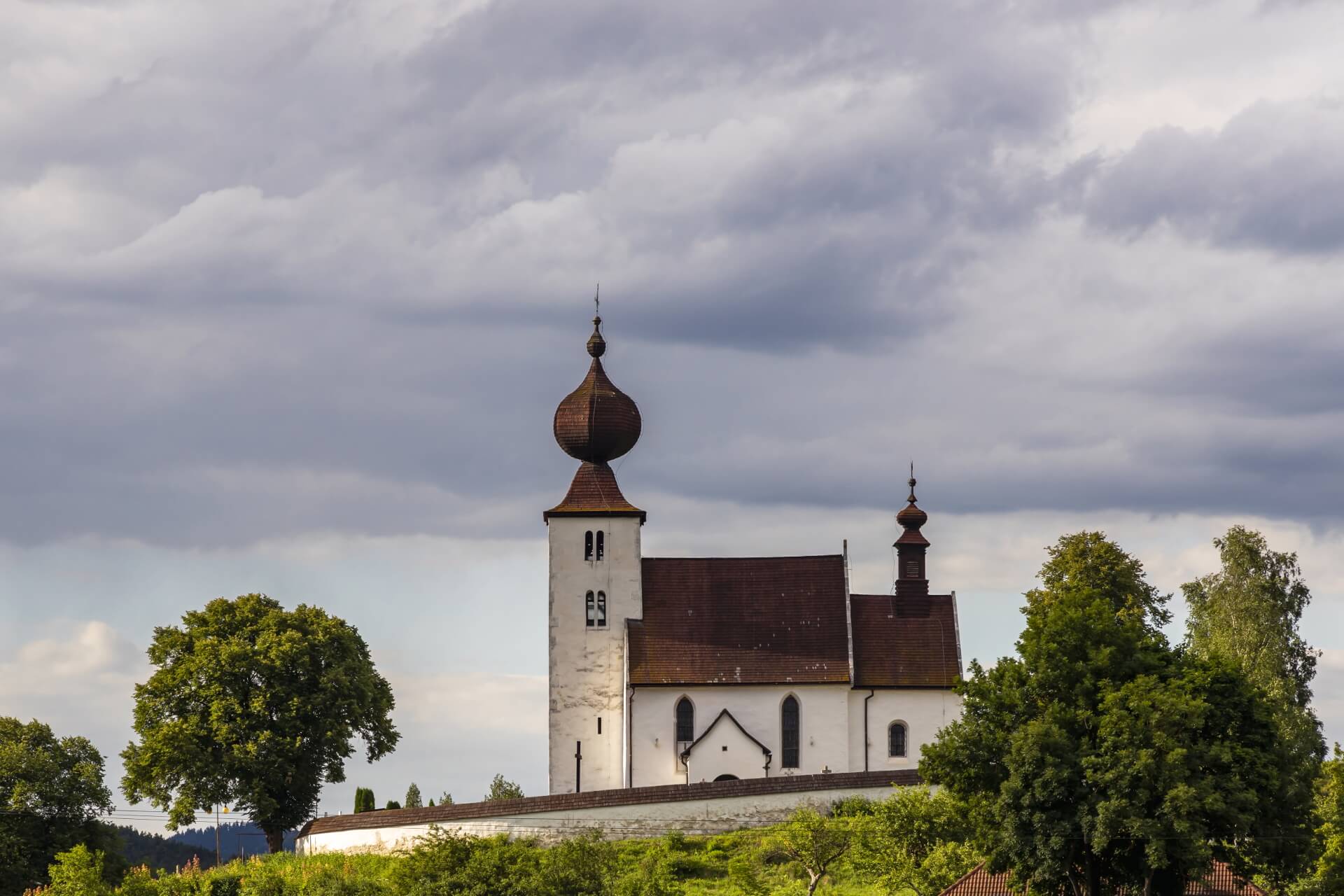 Enjoy the exceptional beauty of old popular architecture in towns, townlets and villages and and appreciate the legacy of the forefathers. A sightseeing to explore their well-preserved structures is a pleasant way to discover the heritage of Slovakia. 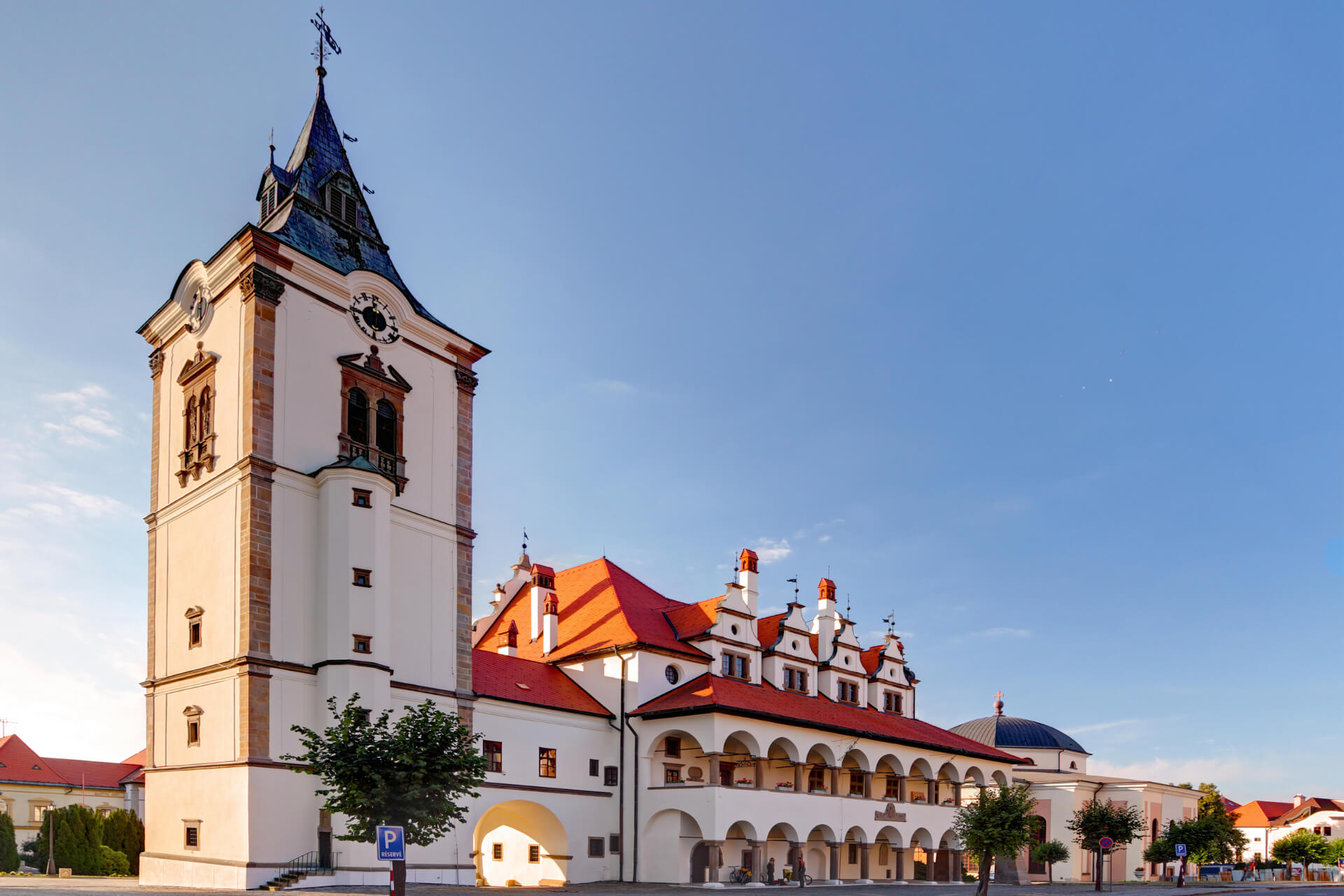 Banská Štiavnica
Fabulous Banská Štiavnica is a unique destination not only in Slovakia, but also in the world. Due to undeniable values and beauty, it became one of the first Slovak towns that has been included into the UNESCO World Heritage List. Romanesque Old Castle, medieval New Castle and Baroque Calvary you cannot overlook, Gothic Chamber Yard or wonderful Trinity Pillar are only a very few of the town's places of interest. Nicknamed "Silver Town" in the past, Banská Štiavnica is also known for its numerous mining monuments. Visiting the Slovak Mining Museum's open-air mining museum is a longlasting experience. Artificial lakes in the hills above the town also promise a nice trip. 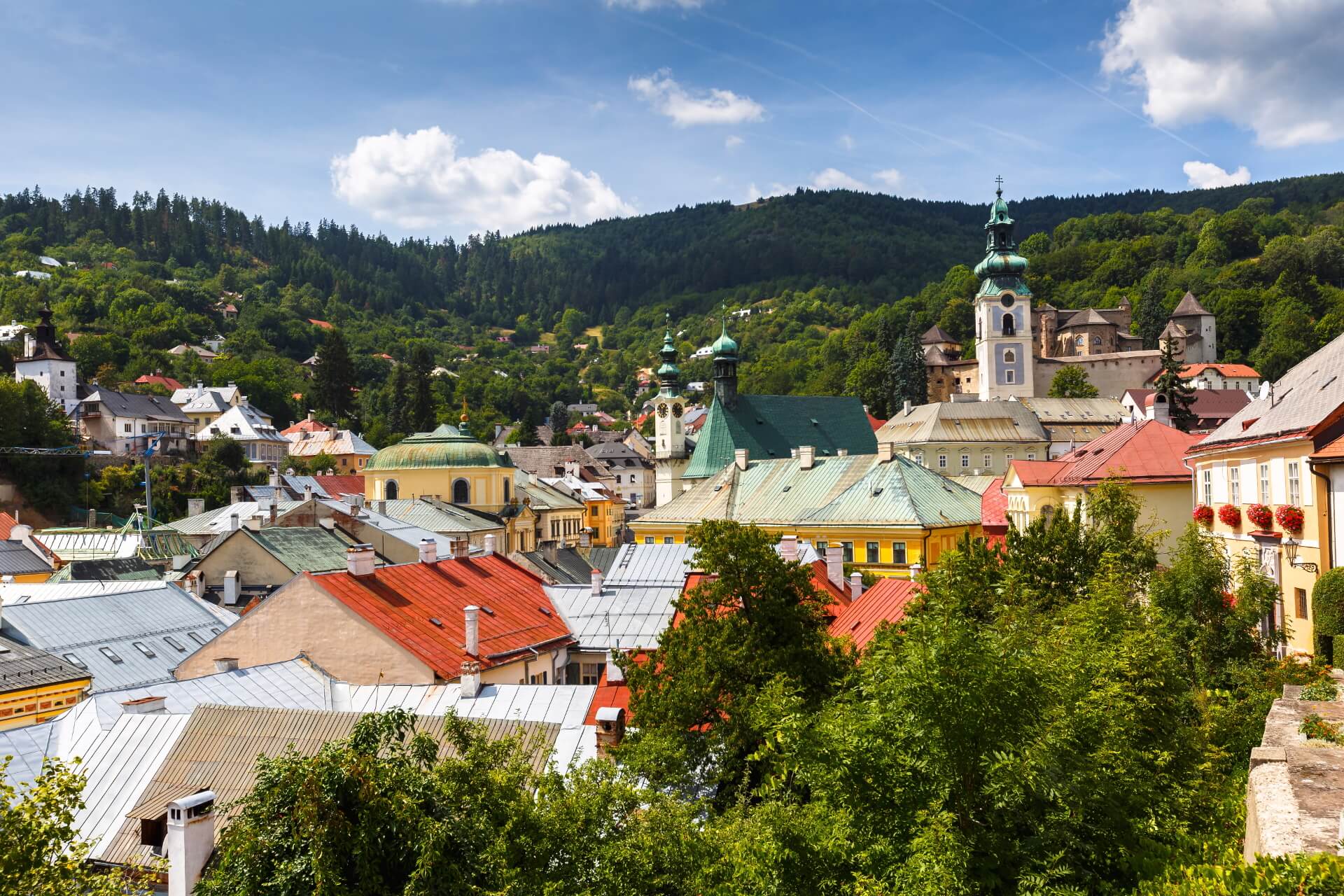 Bardejov
The cozy streets of UNESCO World Heritage town of Bardejov in north-eastern Slovakia feel good in its historical clothing. Numerous landmarks, popular sights or local spa of this ancient Gothic town have unique atmosphere whether sun-drenched or under the blanket of snow. The former free royal town and one of the oldest Slovak towns is inscribed in the UNESCO World Heritage List and is enhanced by the pleasant landscape making it a Gothic architecture pearl of Slovakia. Still fortificated town centre undoubtedly belongs to one of the most beautiful ones in whole country. 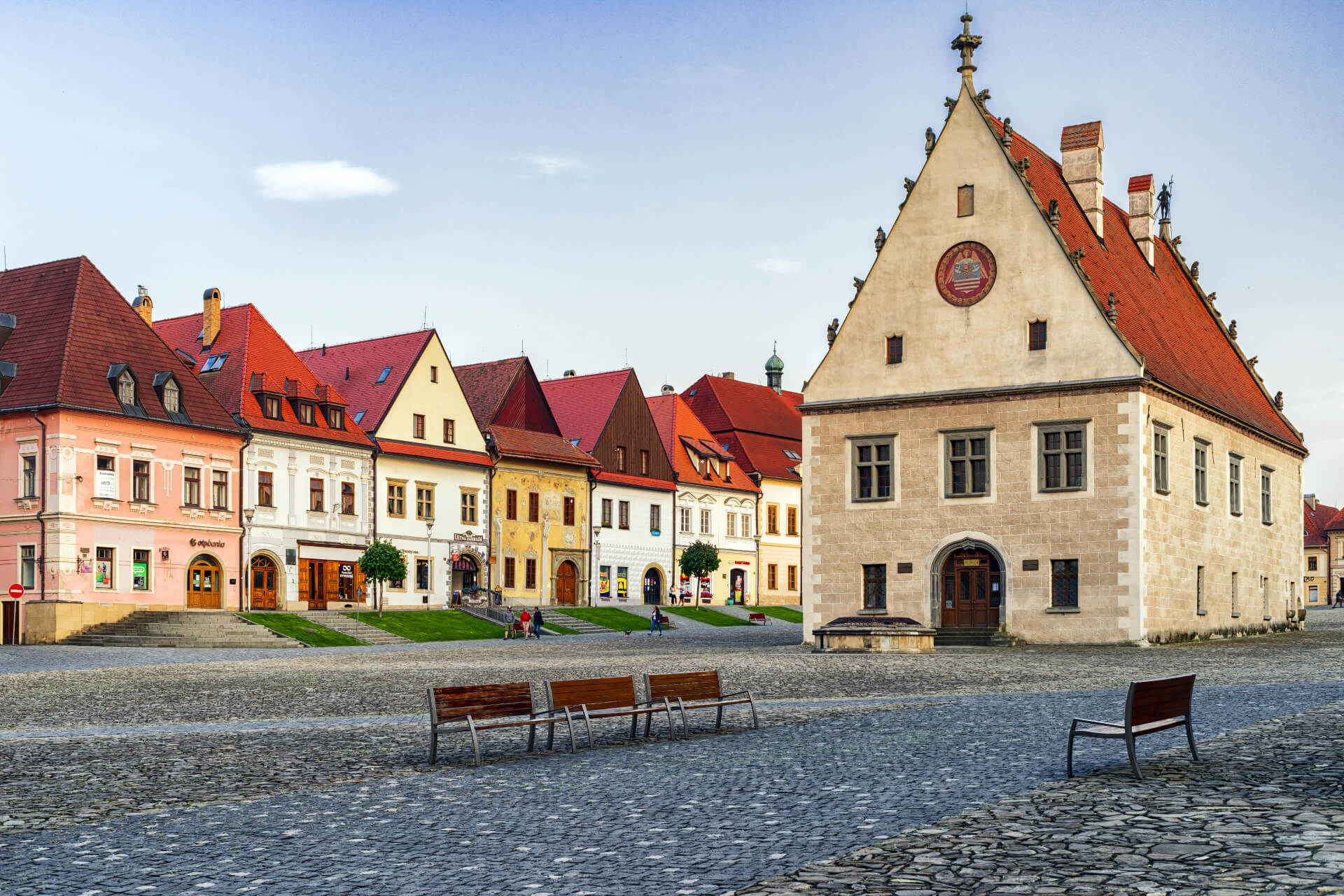 Levoča
Ancient east Spiš region town is the living evidence of the Master Paul's cultural message. Known as brightest jewel in the crown of Spiš with the tallest Gothic wooden altar in the world that celebrated 500th jubilee of installation in 2017, in Levoča you can feel the true middle ages atmosphere. Want the get a proof? The marvelous town of Master Paul of Levoča is inscribed on the UNESCO World Heritage List. 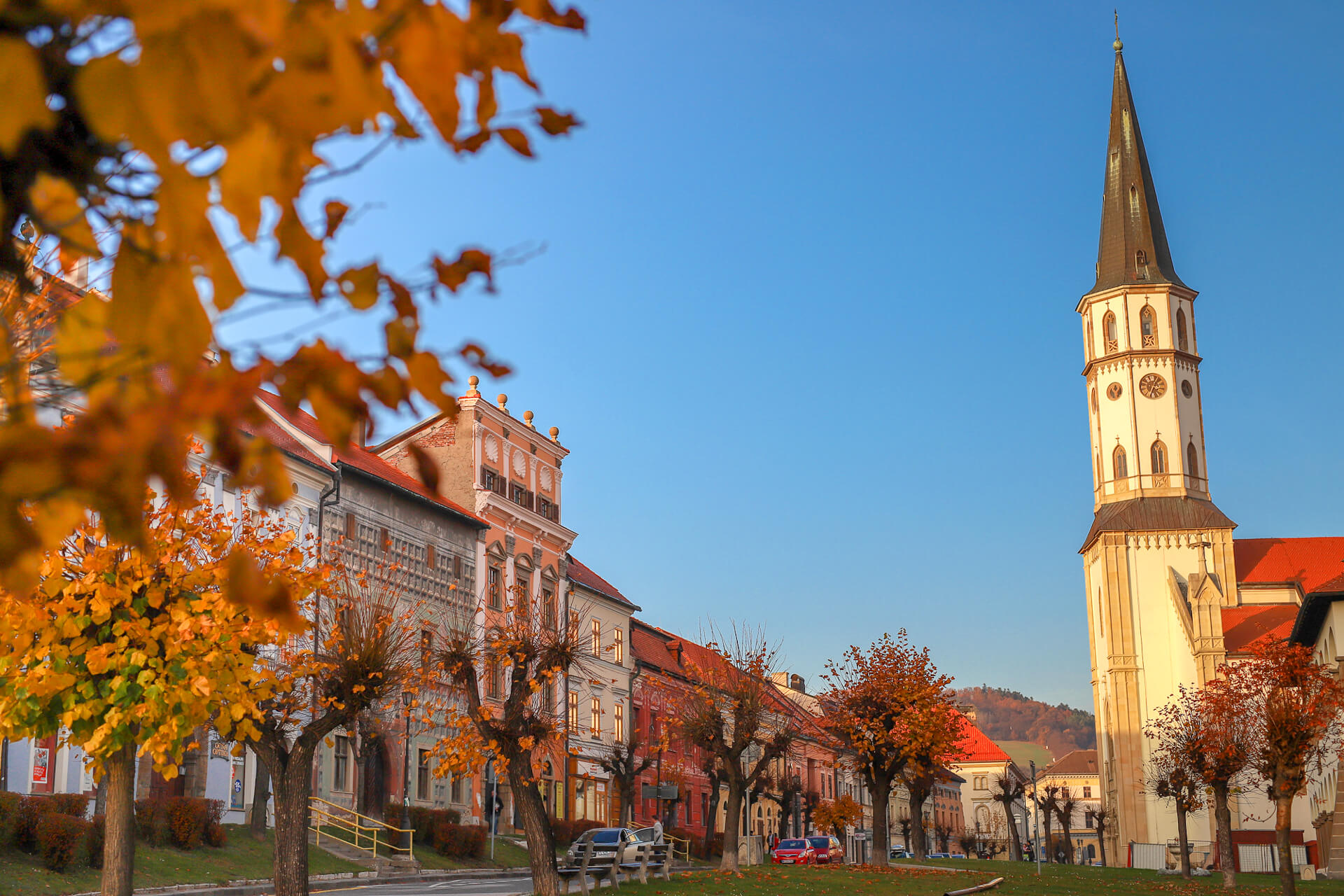 Spišské Podhradie, Spišská Kapitula and Žehra
What means Jerusalem for the Levant, that medieval Spiš Chapter means for Slovakia. Magical site under the Spiš Castle is a spiritual place for both, believers and non-believers, and for sure for all fans of history. Simply come to feel the genius loci and walk along the natural Jerusalem-type Calvary from the 17th century named Spiš Jerusalem. 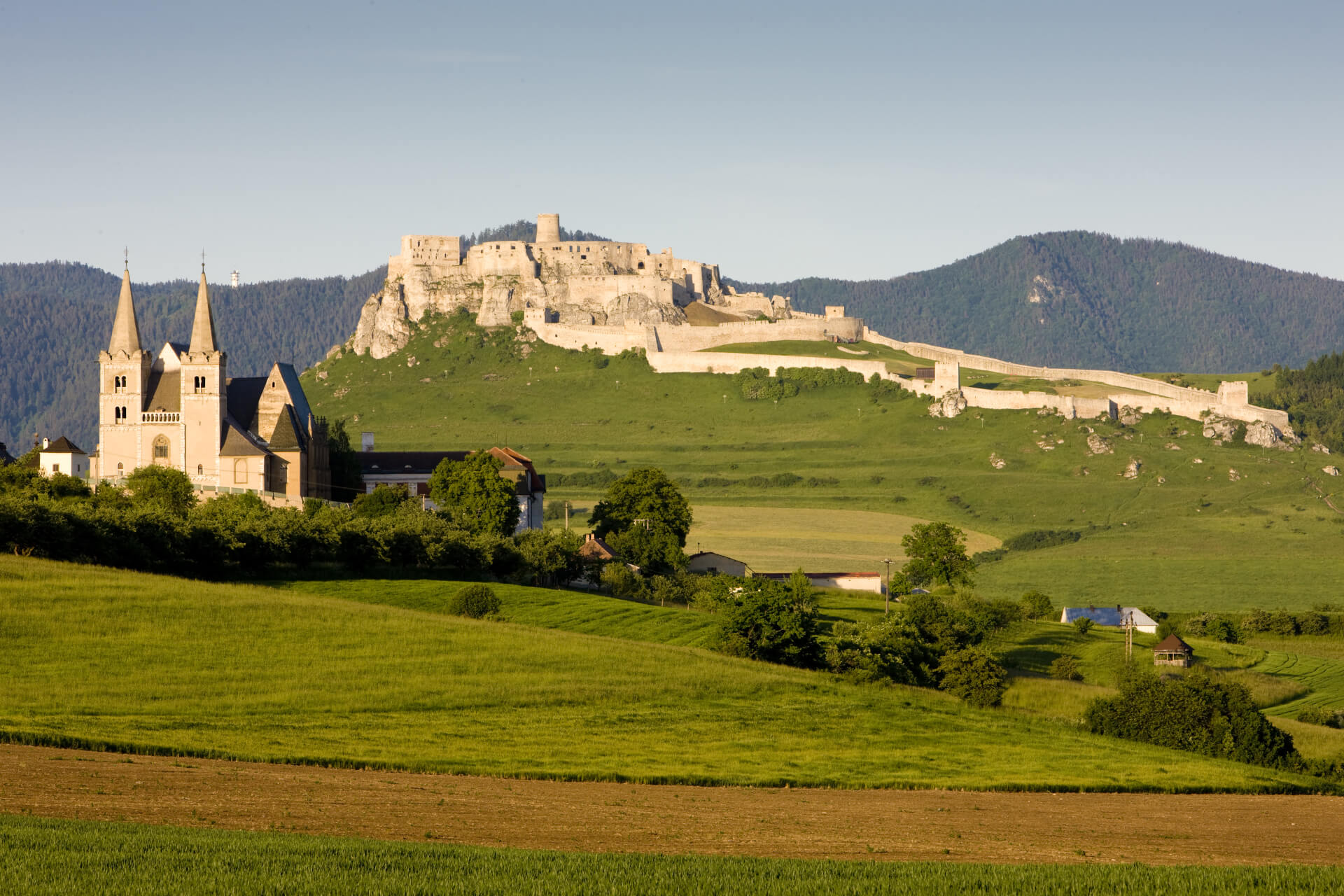 The Spiš Chapter is the ecclesiastic townlet referred to as the "Slovak Vatican" and the seat of the Roman Catholic Diocese of Spiš. Being a part of little town of Spišské Podhradie, it also reminds of Avignon in France. Besides monumental ecclesiastical architecture of the Chapter, Spišské Podhradie boast about large number of other cultural monuments. Walk down its historical streets to find out its cozy charm will win you over. 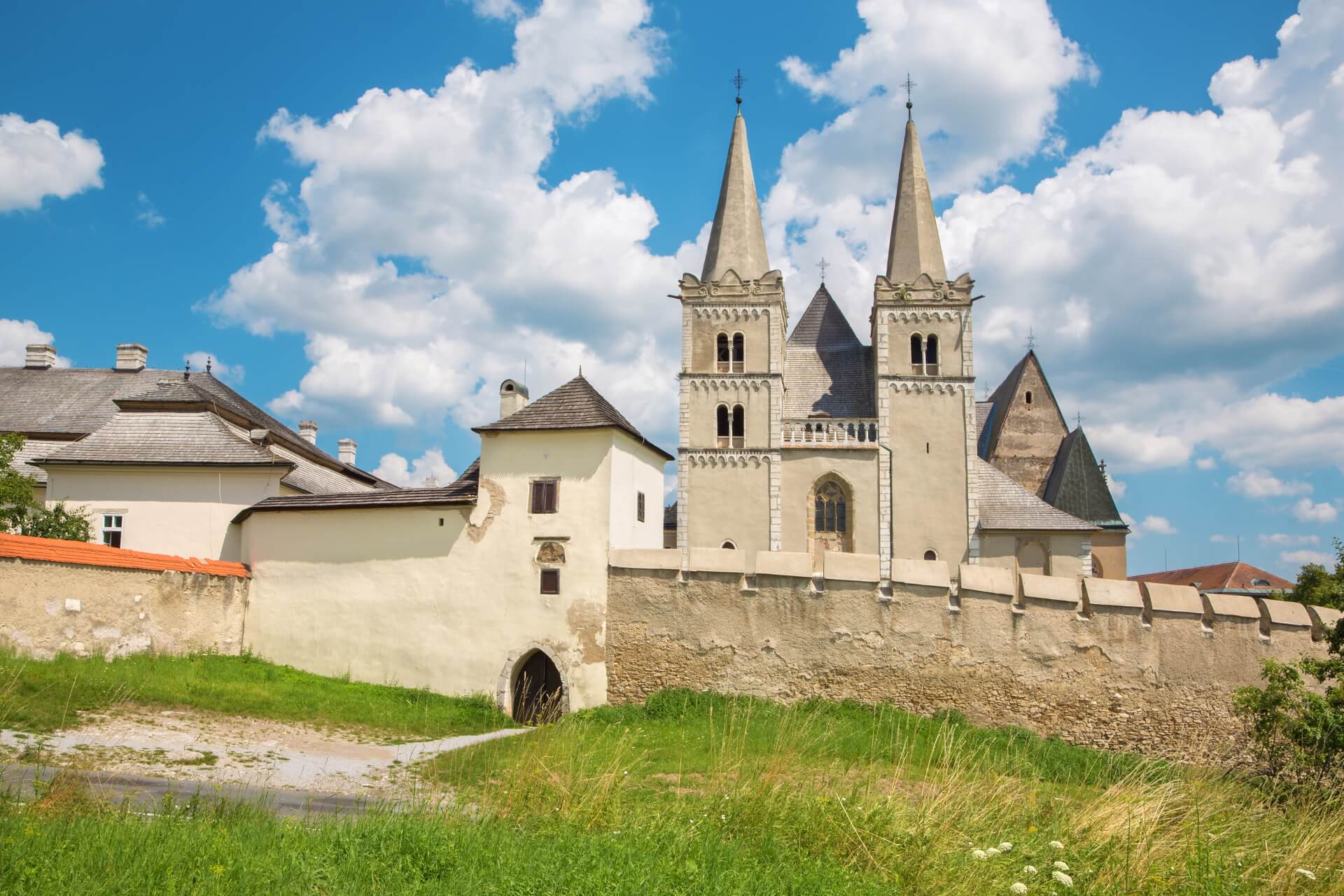 This precious structure also belongs to other monuments around the Spiš Castle included in the UNESCO World Heritage List. The 13th century Late Romanesque Roman Catholic Holy Spirit church has an interesting exterior, but it is even more captivating from the inside. Murals and frescoes of the place are a fine example of medieval wall and ceiling paintings and are remarkable for their artistic quality as well as unusual thematic diversity. 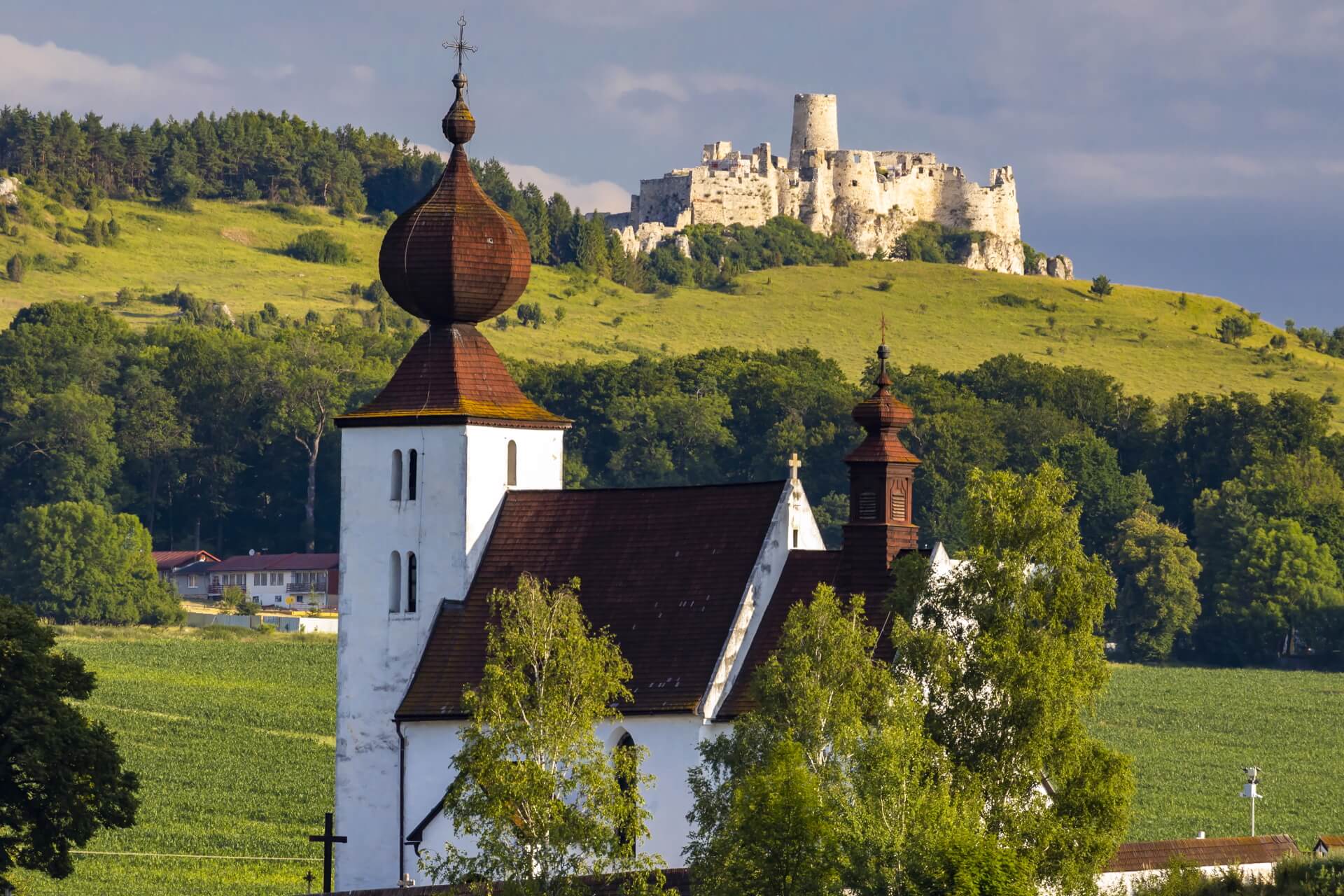 Vlkolínec
Exceptional is the folk architecture conservation area of Vlkolínec, a village that remained untouched by modern construction and has been included in the UNESCO World Heritage List. Originally the settlement of loggers, shepherds and farmers, this extraordinary and remarkable oasis of historic architecture is made for admiring a living history of Slovak countryside. Absence of modern construction provides it with an excellent charm of a fairytale. Walk through romantic sites of the village to discover a log belfry, well and houses painted in blue, rose or other paints is undoubtably a worth. 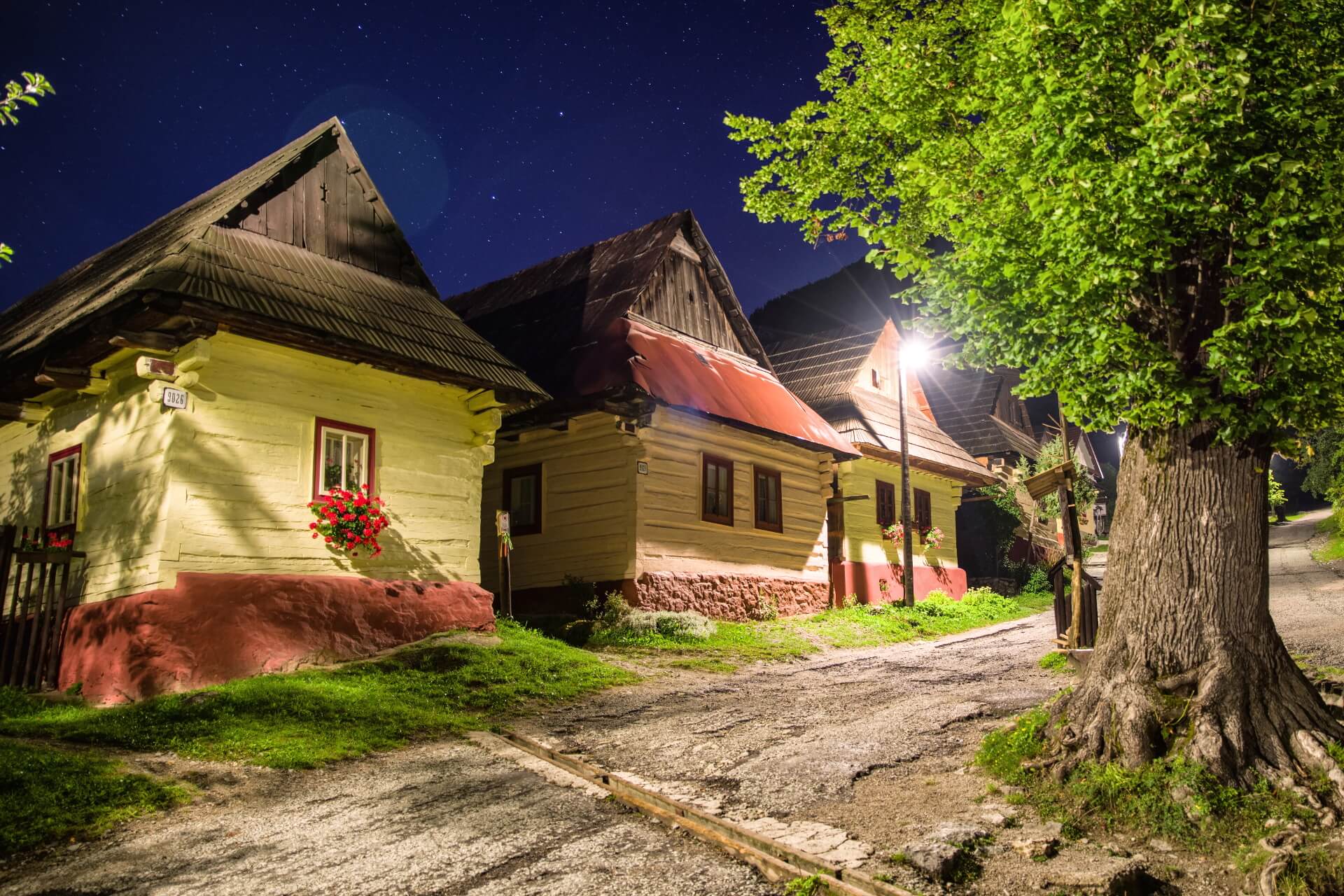 Slovakia has a lot to offer to the world. UNESCO brand can be here practically found around every corner. Not only towns, precious natural areas or folk traditions, but also geologically important territories, valuable letters, schools and universities or media art can boast the UNESCO symbol. 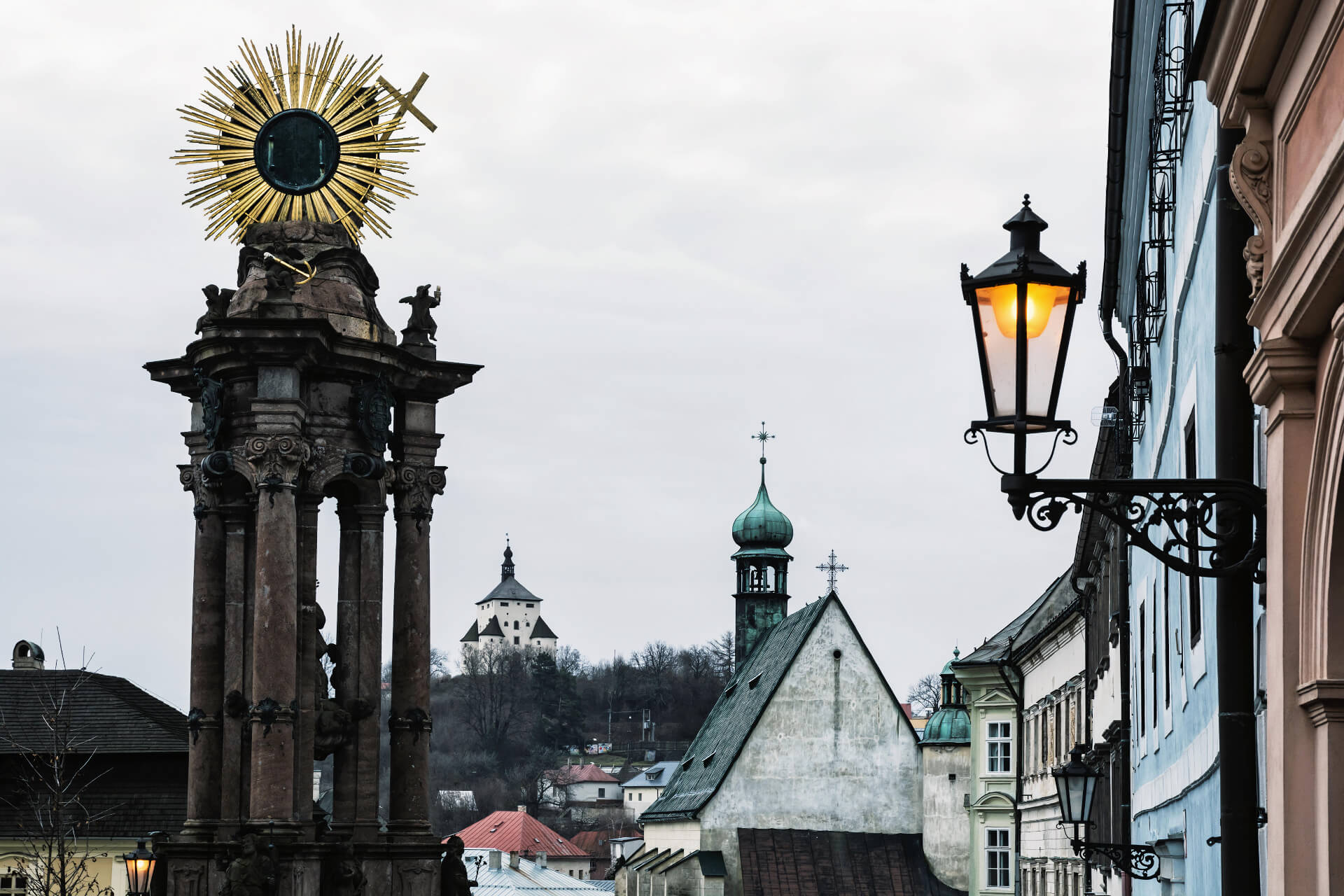 Slovakia appreciates and protects precious places of mankind's universal values. And has a lot of such places. In addition to five cultural and two natural monuments on UNESCO World Heritage List, it prides on seven intangible cultural elements inscribed onto the UNESCO Representative List of the Intangible Cultural Heritage of Humanity. Four biospheric reserves and one UNESCO geopark are located in the territory of Slovakia. The country is also proud of three inscriptions on the UNESCO Memory of the World Register and one member within the UNESCO Creative Cities Network. Moreover, four UNESCO Chairs and 22 UNESCO Associated Schools do operate in Slovakia. 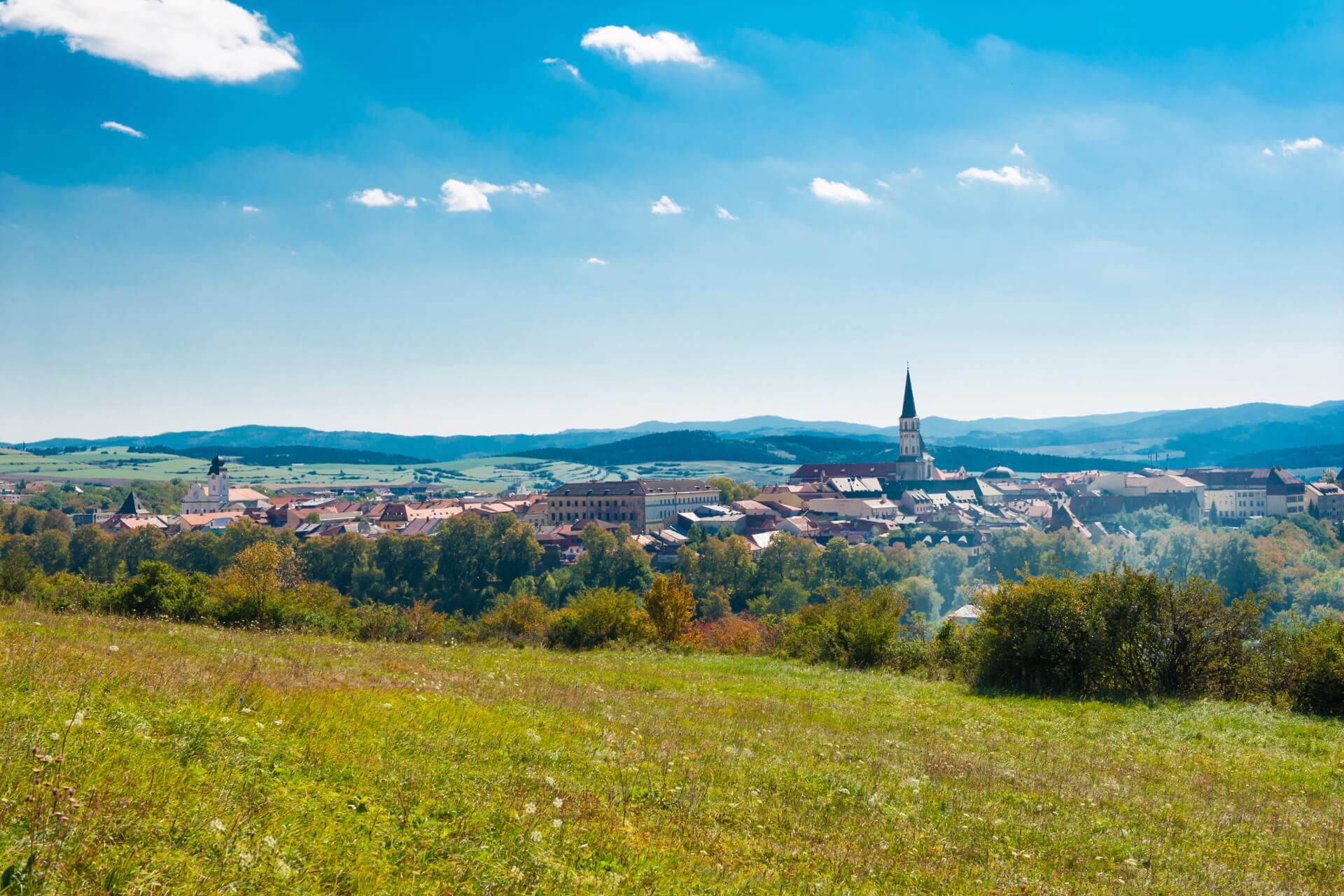 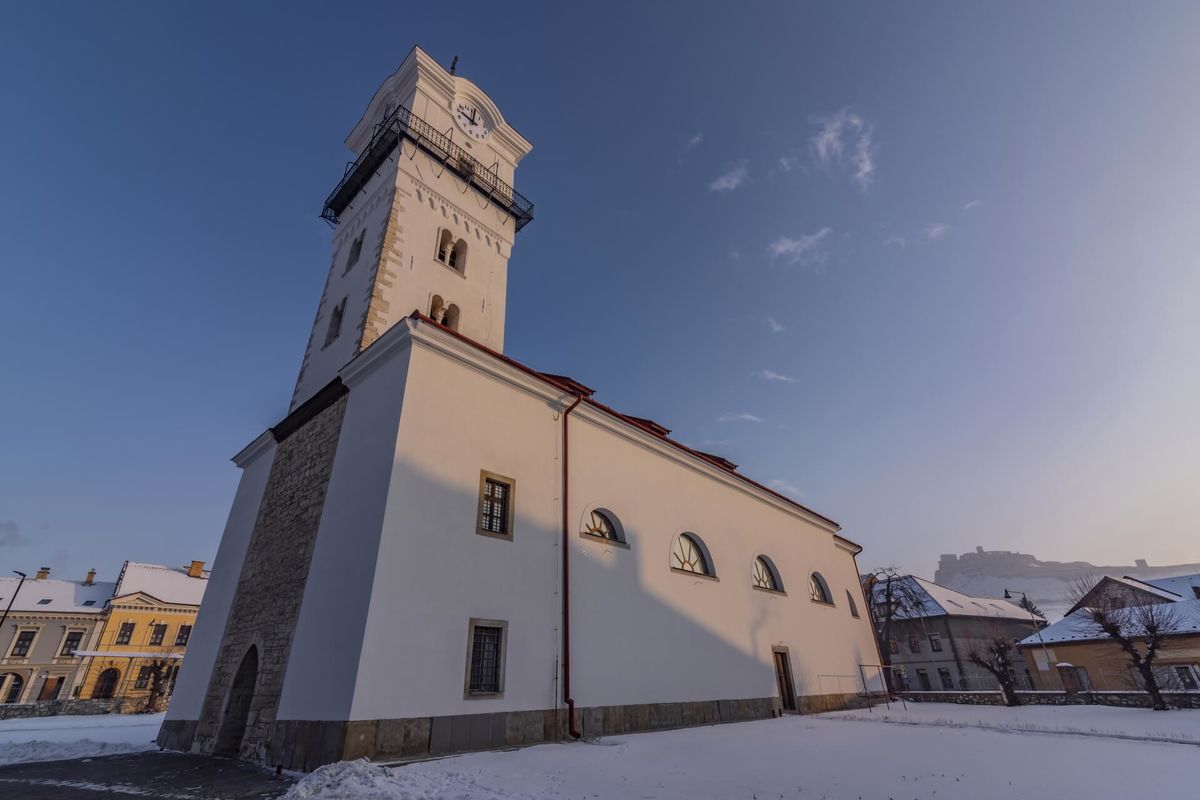 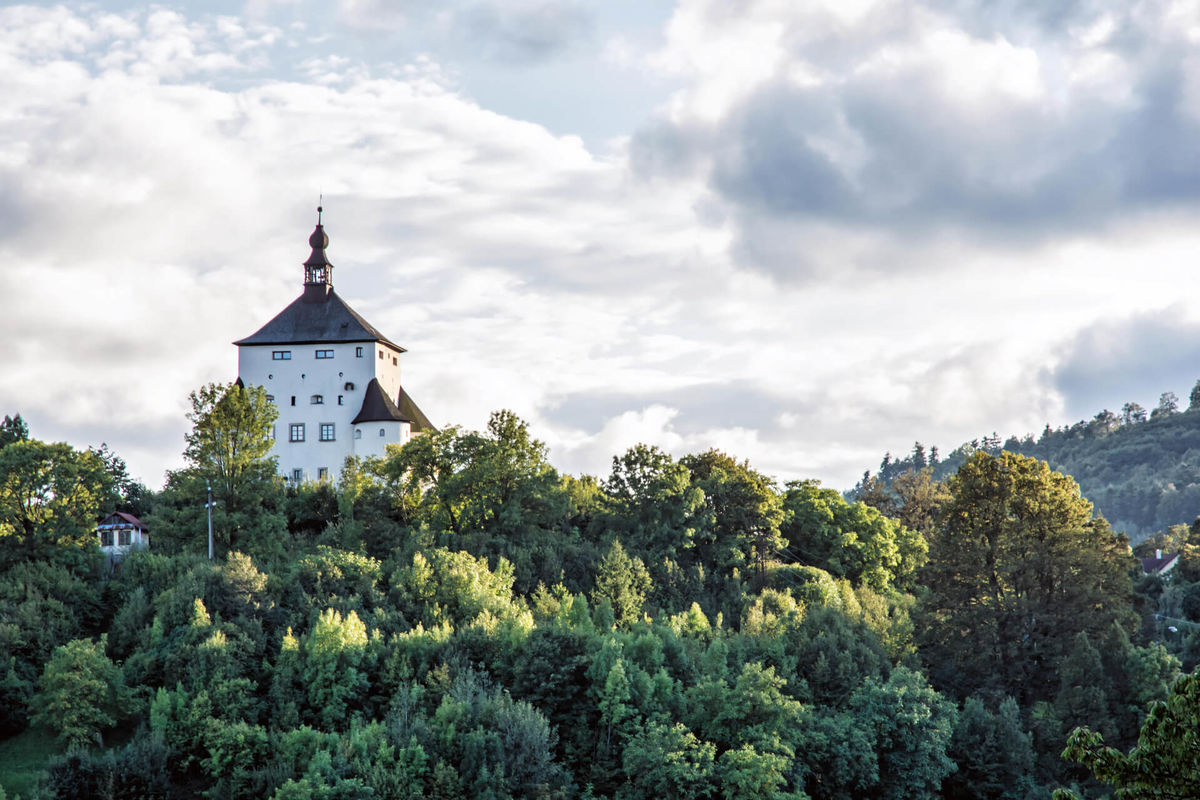 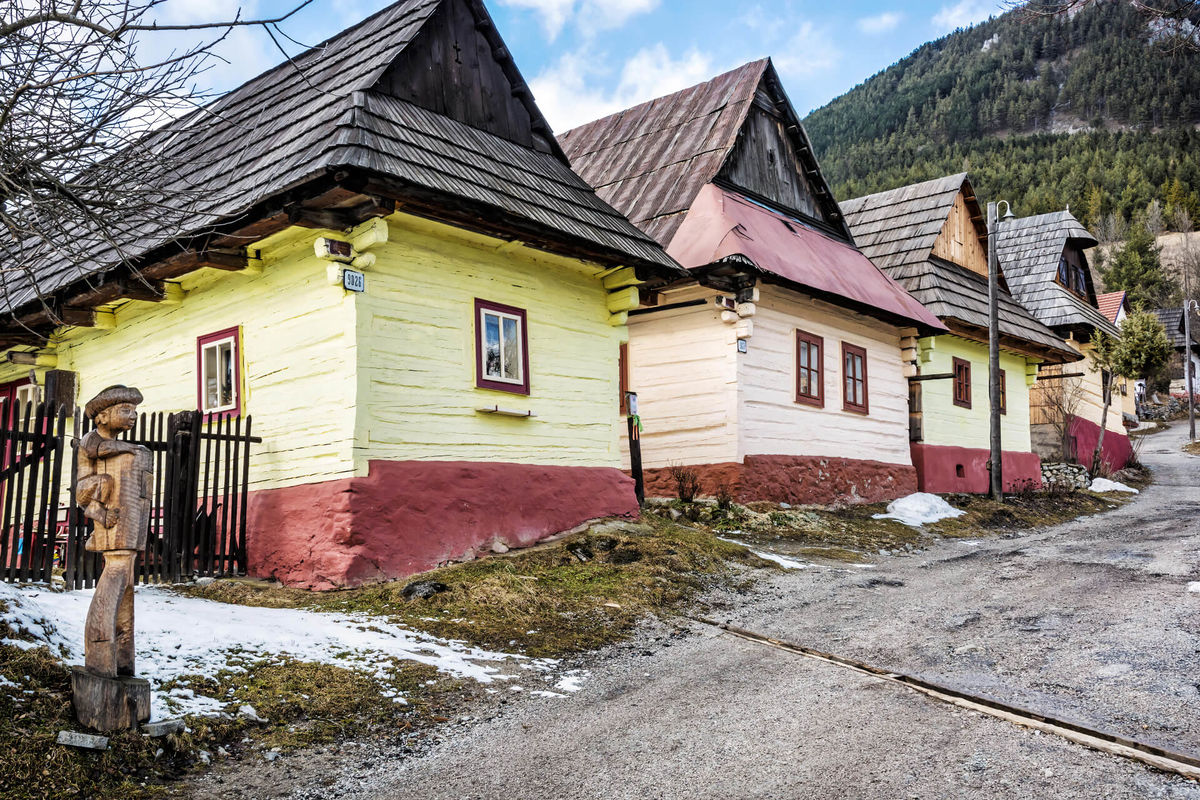 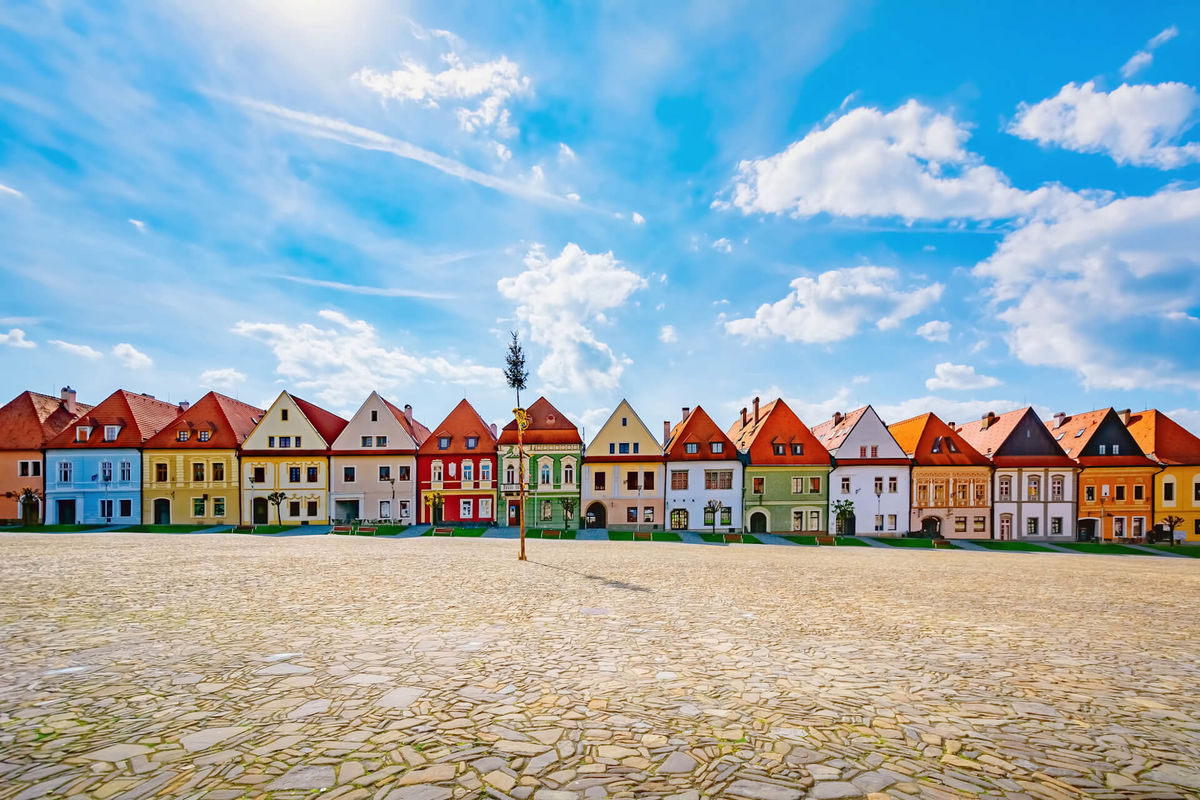 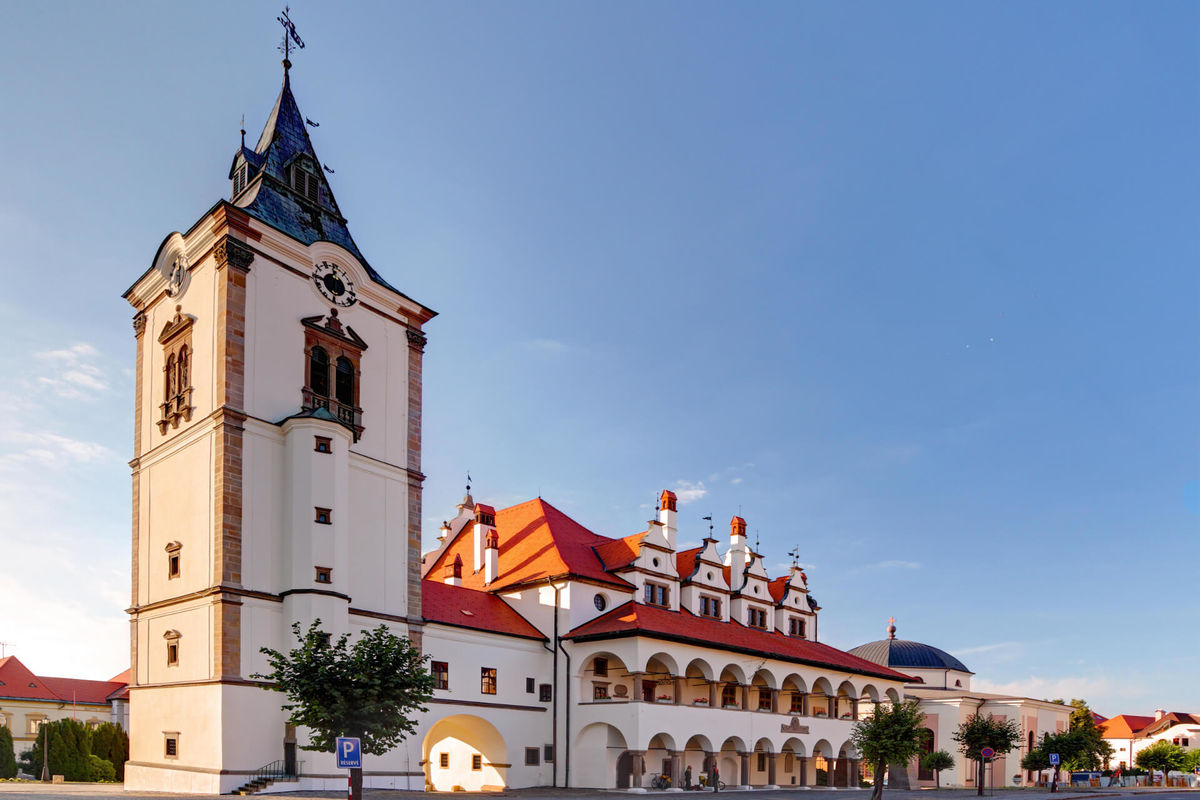 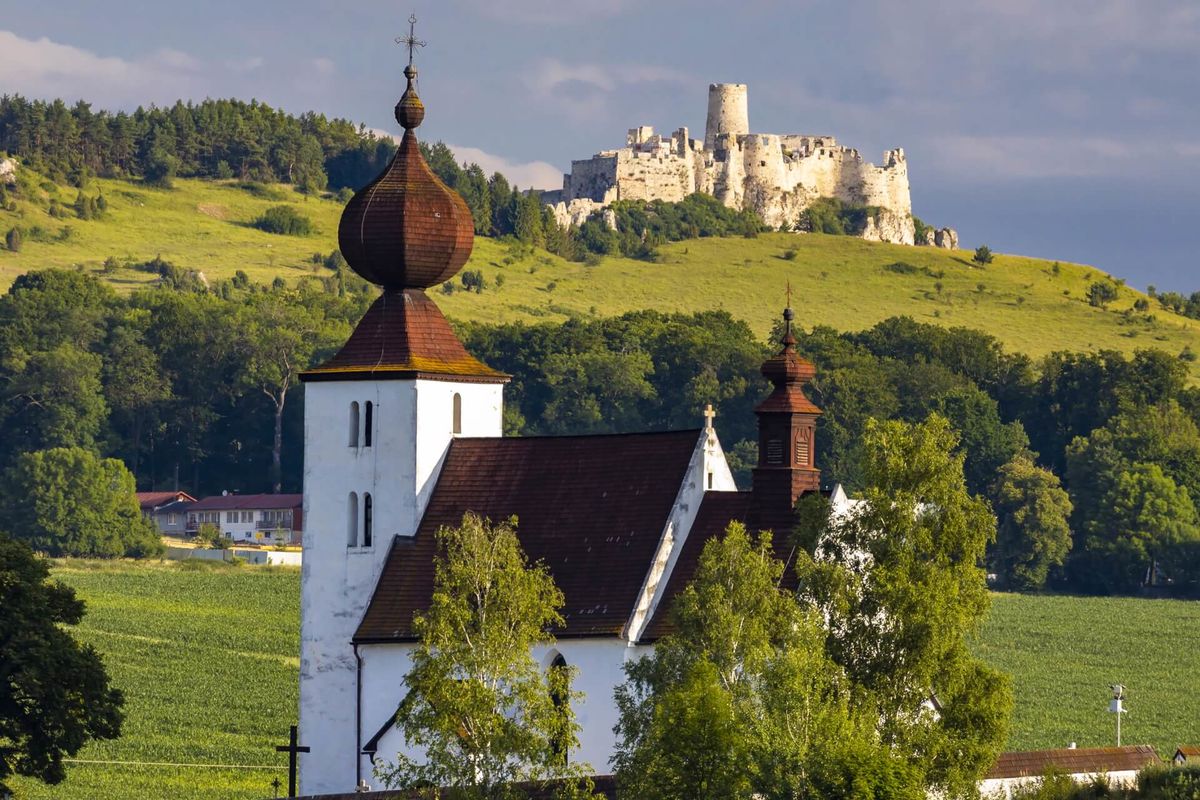