The Mojmírovce Mansion is situated 15 km southwards from the region center Nitra in the village of Mojmírovce. The first written reference to a former town with rich history dates back to 1156. There are several monuments in the village that are a testimony to its interesting past. One of them is the aforementioned Mojmírovce Mansion that is located in the romantic setting of a park reserve.

The history of the mansion started after the end of the Ottoman wars in the period when refugees returned back to villages – original inhabitants as well as new settlers. In 1721, the Hunyadis built a large mansion in Baroque style, later on, after a fire, the mansion was rebuilt in the Classicist style. There used to be a botanical garden called a "glass-house" which was part of the mansion, however, it does not exist any longer.

The Hunyadis were proud of a big horse-breeding farm where they bred thoroughbred breeds of Arabian, Spanish and Italian horses. The success of the horse-breeding was an incentive for organizing public horse racing which took place at the Hunyadi estate in 1814. It was to become historically the first horse-racing event in the then Hungarian Kingdom.

After several reconstructions, the mansion and the former Žrebčín (horse-breeding farm) were turned into a modern hotel and congress facility with comprehensive tourist services. The Baroque – Classicist mansion in Mojmírovce is not only a significant monument, but also a cultural, tourist and education center of the Nitra region.

The mansion is used for accommodation and as a congress center. 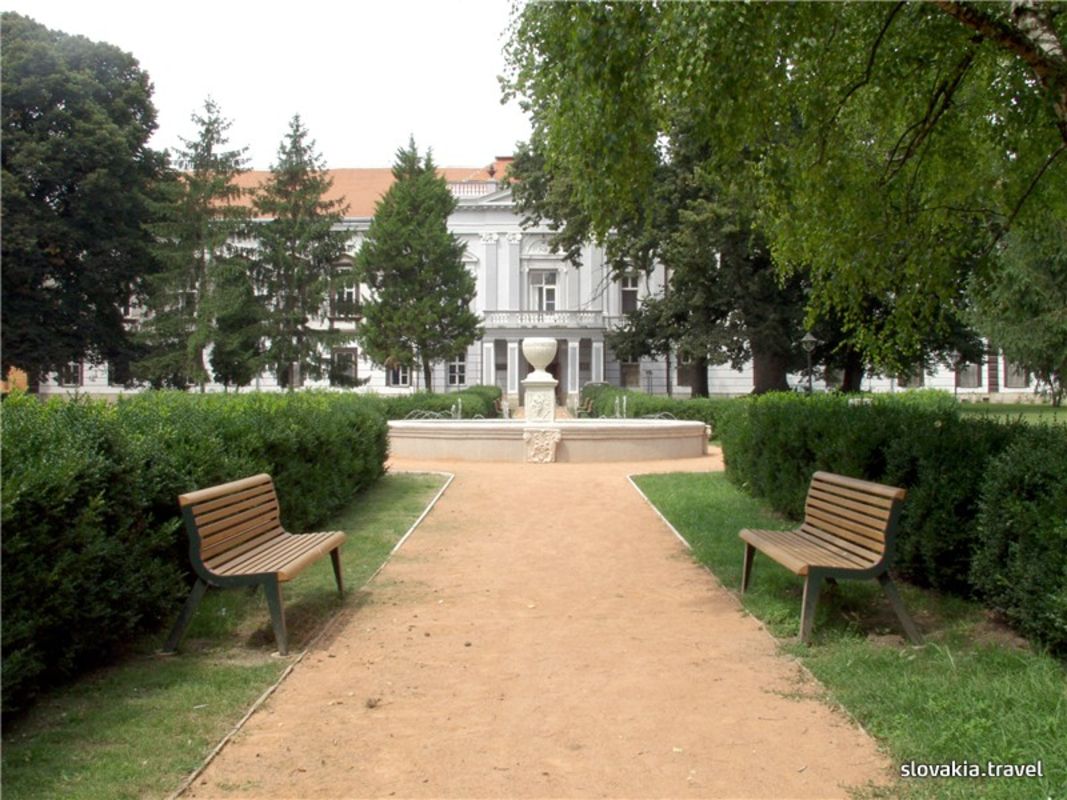