A via ferrata (stemples, ladders and steel cables) route leads to Martinské hole, a majestic mountain in the southern part of the Small Fatra mountains.

The upper part of the route was completed in 2013 - with resting spots, bridges and technical equipment. Three resting spots are ready, some benches and tables, and bridges span the stream. 220m of steel cables and over 40 stemples were installed, over 80 anchor points drilled, and one ladder erected.
In 2014 the lower part of the route should be added. After completion it will run from the Stráne public transport stop to Martinské hole. It will be 5 km long, with a height elevation of 800 metres. 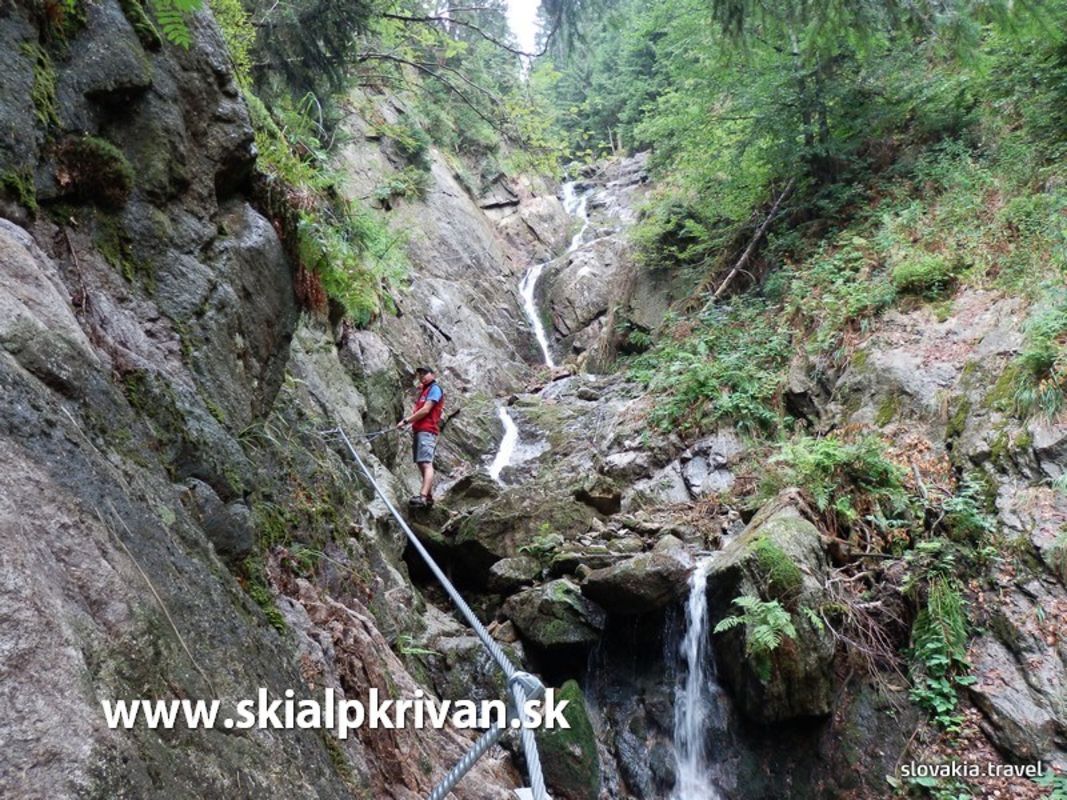