The exposition presents authentic environment and visual works of art of prominent, versatile artist, but mainly painter nad illustrator - national artist Martin Benka. In line with Benka's last will, the interior of the museum (Benka's workroom, studio and bedroom) is preserved in its authentic form.

The studio is the room that is most characteristic for Benka's personality. In addition to the artist's favourite works, objects relatd to Benka's personal interests will also draw a great deal of attention. He genuinely admired, collected and was heavily inspired in his paintings by traditional folk art (ceramics, glass paintings, shepherd's kitchenware, musical instruments and traditional folk clothes). Besides his well-known works (Spring in Sliače, 1936; Ploughland Under Snow, 1937; Autumn Days, 1937; Timbermen under Ďumbier, 1949; Simple Melodies, 1948; Under Hradová - Boca, 1962), a series consisting of 24 items called Guards and Guardians of Slovakia (1939-1942) is also included. The modest furniture of the bedroom, mostly from his parents' house, proves Martin Benka's simpleness and humbleness. As far as the collection of musical instruments is concerned, the violin that Benka himself designed and made between 1942-1963 is the most valuable piece. The Small Gallery, which started to be a picture gallery during the artist's life in 1960, provides a sample of a very small part of Benka's paintings. Oil paintings on canvass give an overview of the artist's works and provide us with an idea of his artistic inclinations. It is a representative selection of his works along with studies on Slovak landscape (1926-1968) made in plenair. It presents the individual stages of development of Benka's artistry as well as a representation of topics and areas of Slovakia that had their place in Benka's works. 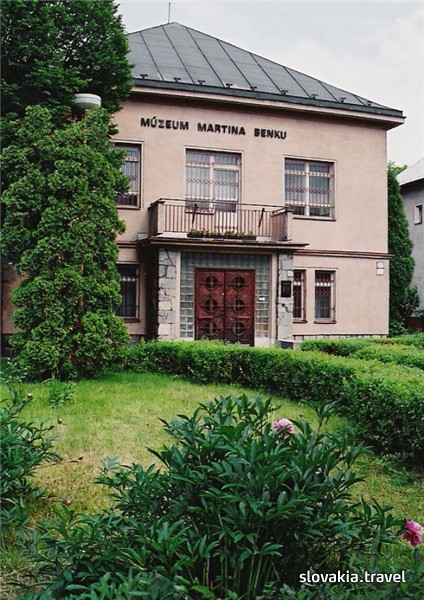 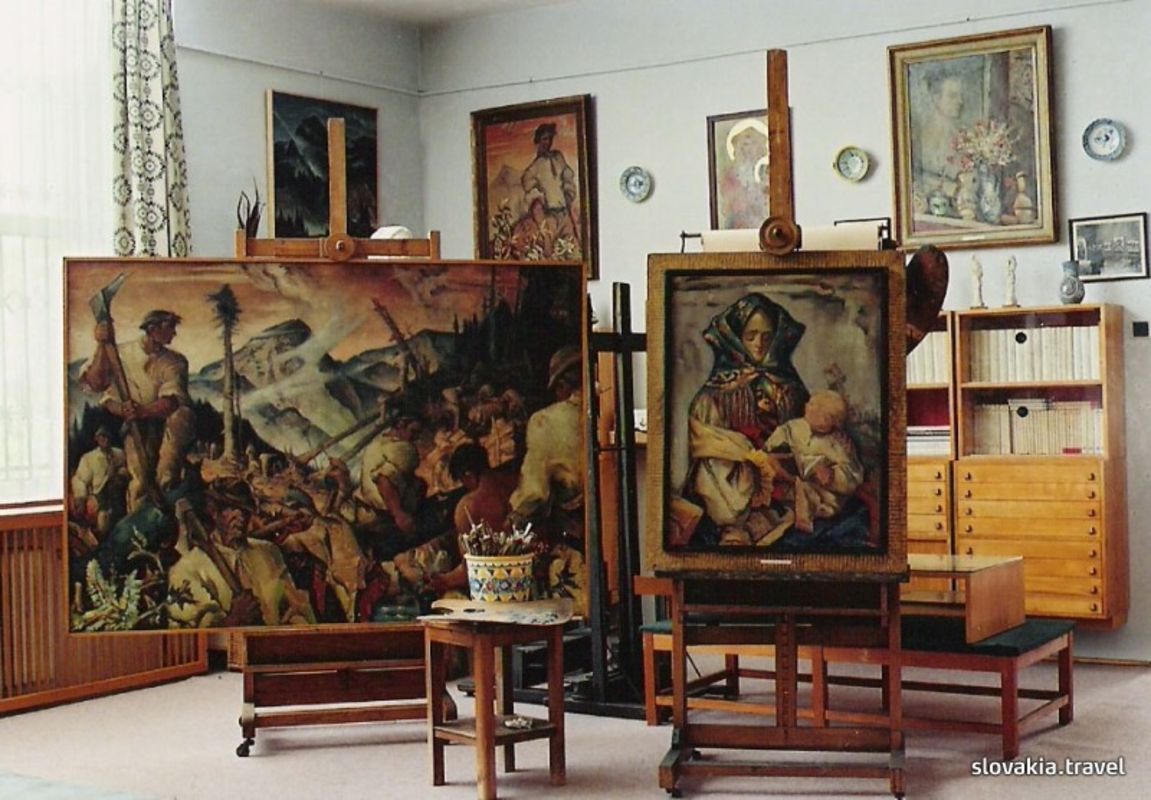