The city of Levoča is often considered the brightest jewel in the crown of Spiš. There is the tallest Gothic wooden altar in the world and other interesting monuments enclosed within the town walls. Levoča has been inscribed on the UNESCO World Heritage List since 2009.

The focus of ancient Levoča is the large Námestie Majstra Pavla square (The square of Maestro Pavol). In its centre the Roman-Catholic St. Jakub church from 14th century stands. It is one of the most important sacral buildings in Slovakia. The tall slender tower of St. Jakub from the first half of the 19th century is the most distinct feature in town's silhouette.

The interior of the church is especially precious, which is in fact a unique museum of medieval sacral art. The 18,6 m tall Late Gothic main altar of St. Jakub is the tallest of its kind in the world. Made of lime wood in 1507 – 1517 in the workshop of Maestro Pavol of Levoča, it is of extraordinary artistic value, whilst the board paintings are attributed to the painter Hans.

The church neighbours with the arcaded building of the former town hall built after the fire in 1550. It is one of the finest buildings of secular Renaissance architecture in Slovakia.

The cage of opprobrium on the square is from the turn of the 16th and 17th centuries and was used in the past for the public humiliation of petty criminals. The central square is skirted by more than 50 remarkable burgher and patrician houses, many of which carry the name of their former owners. Of especial interest is Thurzo's house, which acquired its Neo-Renaissance graffiti facade in 1904. 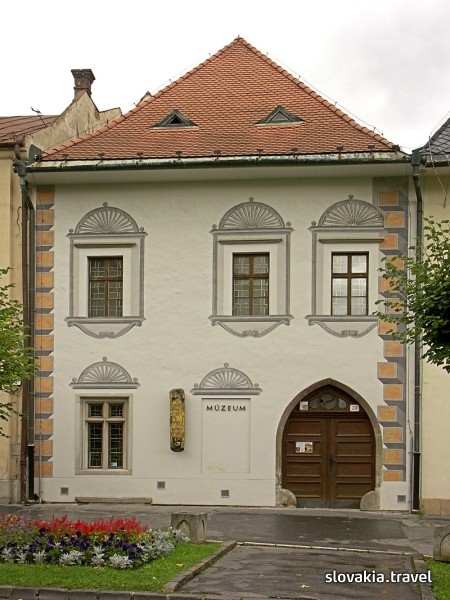 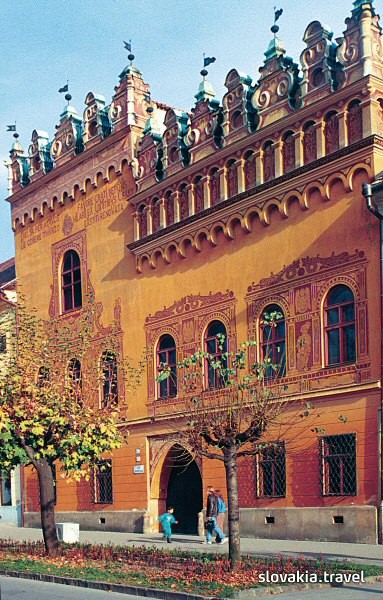