The clock tower stands like a silent guard at the top of the Námestie SNP square. Slender, beautiful, stately, it is the queen of the square, somehow guarding the life going on "on the spot right at its walls".

The clock tower, also known as the green, weigh officeand lately also as the leaning tower, stands on the upper end of the Námestie SNP square in Banská Bystrica. It is one of the dominating features forming the outline of the historical centre of the town.

Initially, the tower had also another purpose besides the one of the clock support – that of the watch tower. From the tower people could communicate with other watch towers on Vartovka and on Šachtičky, from where they were notified of any potential danger threatening the town. There used to live buglers in the tower, who in case of a fire went to the tower gallery and sounded the bugle alarm.

The clock tower also used to be referred to as the weigh office tower, as it stood next to the town weigh officebuilding. Below the clock tower, there were the town torture chamber and prison. Since its construction, the tower has burnt out several times and undergone several modifications and changes. Since the start of the 20th century the tower has been leaning from the center line, which is visible even with the naked eye. At present the tower is leaning by as much as 68 cm. An old legend also provides an explanation as to why the tower is leaning: It was tilted by angels who crashed and seized its top while flying over its roof at night.

Currently, the clock tower is open to the public, you can get to its top using the wooden staircase with 101 steps and from the tower gallery you will have a beautiful view of the cityscape of the whole square under your feet and the distant summits of the Kremnické vrchy Mts., or the Low Tatras. 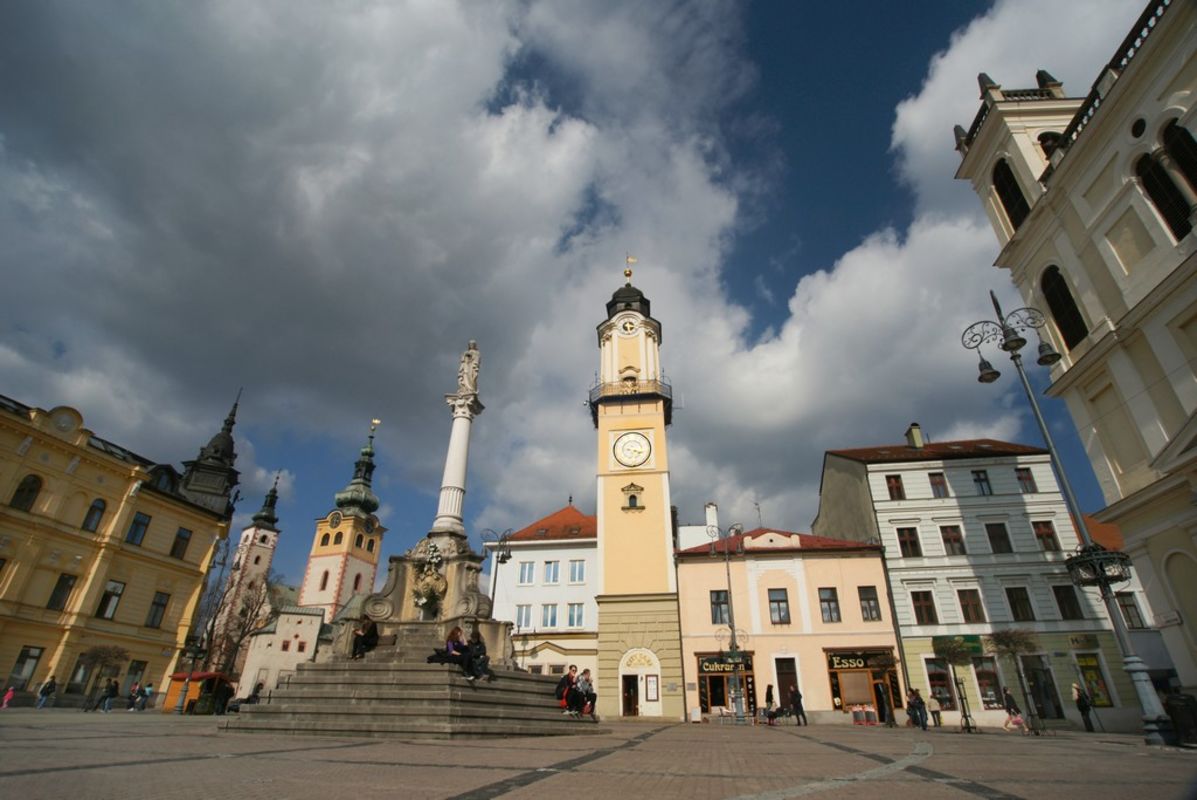