Lace became the typical adornment of clothes, accessories, handkerchiefs and other decoration objects on the territory of Slovakia where it was given its characteristic features.

Bobbin-lace-making for sale spread on the Slovak territory in the second half of the 16th century. It was brought there by the Croatian colonists and also by the Czech and German miners.

From 17th century lace-making developed especially in the mining regions as an important supplementary occupation. Among the most important centres of this craft are the environs of Banská Bystrica, Banská Štiavnica, Kremnica and Prešov.

At the end of the 19th century lace-making became the source of income in rural areas, too. In this period the Hungarian state founded lace-making workshops and schools in the original centres (Staré Hory, Kremnické Bane, Hodruša, Špania Dolina and others).

Today one can find lace-making in Špania Dolina where laces can even be bought. 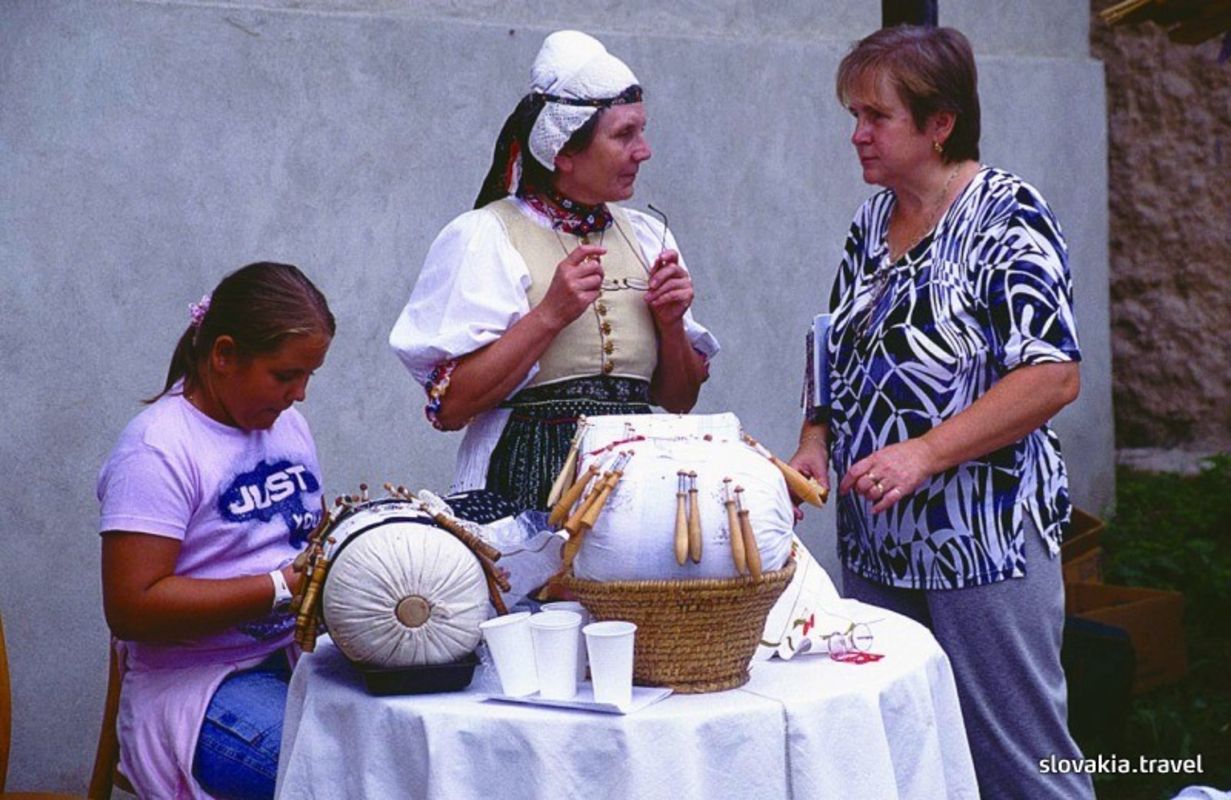