Košice modernism and its context

The exhibition Košice modernism and its context presents the diversity of artistic tendencies and the wealth of cultural events in the Eastern Slovak city. The opening of the exhibition will take place on December 4th at 6 pm in the Slovak National Gallery in Bratislava.

In the 1920s and 1930s, Košice was without doubt an important cultural and artistic centre. It had a strong genius loci and was characterised by the entirely cosmopolitan atmosphere, tolerant of different ethnicities and religions and by its rich cultural and artistic traditions which enabled the creation of “Košice Modernism” whose surge accelerated in the 1920s.

The exhibition puts the phenomenon under scrutiny into a wider context; it follows not only the historically and artistically strictly defined creation of the protagonists of “Košice Modernism”, but also looks at other artistic and cultural and historical aspects which immediately preceded it, influenced it, and thus complete the fascinating story of the artistic life of inter-war Košice.

The exhibition will remain open until March 15th 2015. 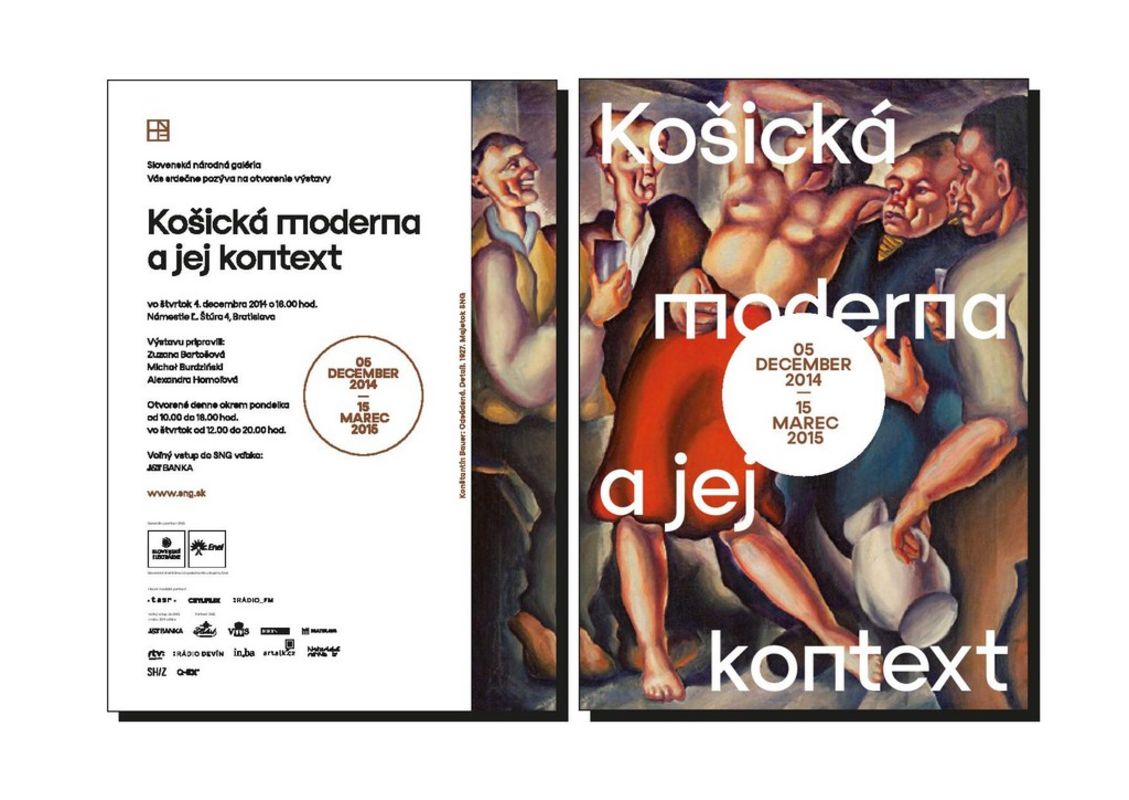