He fulfilled his dream. The first man to film a travel documentary about Slovakia in English

He was born in Nitra, but you won't really be able to talk to him in Slovak. Despite this, he decided to do something no one had done before.

He filmed the first English travel documentary about Slovakia in the world.

Former History Channel's Pat Uskert decided to set out on a journey he'd dreamed of since little.

He set out on a journey to his homeland, he spent over six months here, and the result is fascinating – the movie 'Slovakia: Treasures in the Heart of Europe.'

Pat believes that Slovakia is one of the most beautiful places on Earth, even having spent a long time in Germany, Japan, the Philippines, Nepal, and India.

However, his effort is not over by finishing the documentary. He's managed to have the film aired by KCSM TV San Francisco, and to get it on the NETA (National Educational Television Association) network. Thanks to this achievement, the movie will be broadcast by up to 300 TV stations across the USA.

“I lived most of my life in the USA curious about my Slovak heritage, but there was very little information about Slovakia while I was growing up. And certainly no travel shows or films,” says Pat.

“I eventually worked in television, working for the History Channel, and creating a show (about UFOs.) When the show finished, I attempted my own film about something totally different - a lifelong fascination of mine - Slovakia.”

Pat was also driven by the fact that Slovakia is practically unheard of in the English-speaking world. “And that's a real shame,” he says.

“I was irritated that there were NO television shows or films about Slovakia. None of the major networks or travel shows ever explored Slovakia. Famous travel hosts - Michael Palin, Anthony Bourdaine, Rich Steves - travel all over Europe but never to Slovakia."

"Because most networks and producers know almost nothing about Slovakia, it is impossible to anyone interested in a show about Slovakia. So I decided to make my own film. With my girlfriend and a camera, I set out to make the first tv program about SLovakia to broadcast in the USA. And I am very excited that the dream is coming true.” 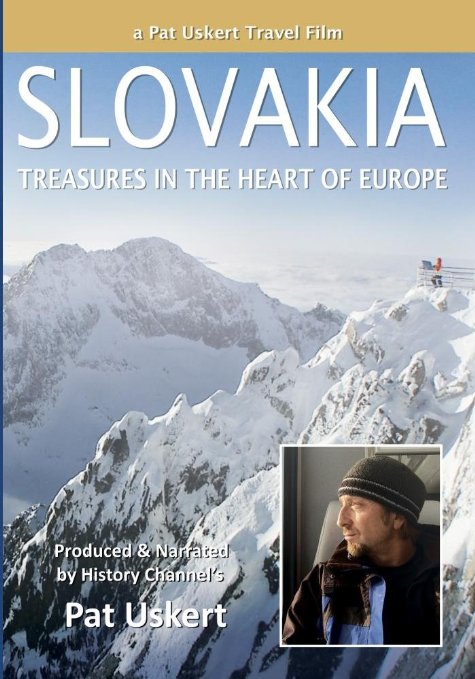