The most typical Slovak national food is sheep cheese gnocchi with bacon. They are from potato dough mixed with a special kind of sheep cheese – „bryndza“ that tastes best in the so called cottages of the shepherds or mountain chalets.

The dish is topped by fried bacon with melted lard. The cheese gnocchi are best suited with buttermilk or acidified milk to drink. Slovakia can boast by a remarkable world curiosity. Every year, in the mountain village of Turecká at the foot of the Veľká Fatra mountains the lovers of sheep cheese gnocchi meet at the world championship in their cooking and consuming.

Procedure:
Peel the potatoes and grate them finely. Mix flour and salt into the potatoes. In case the potatoes released little water, add water. Mix the dough well, it should be stiffer, but so as it could be pushed through a sieve. Then push the dough through a sieve with bigger holes into boiling salted water.
Stir the gnocchi occasionally throughout the cooking. When they float to the surface of the water, let them boil for another 2-3 minutes. In the meantime, fry the finely grated bacon. Take out the gnocchi with a sieve and allow them to drop and then hot, without washing them, put them into a bowl, where you have previously mixed sheep cheese with the gravy left after frying the bacon.
Mix well, if they are too thick, add 2-3 tablespoons of water, in which the gnocchi were boiled. Sprinkle with bacon and pour over by a part of the gravy left after frying the bacon. 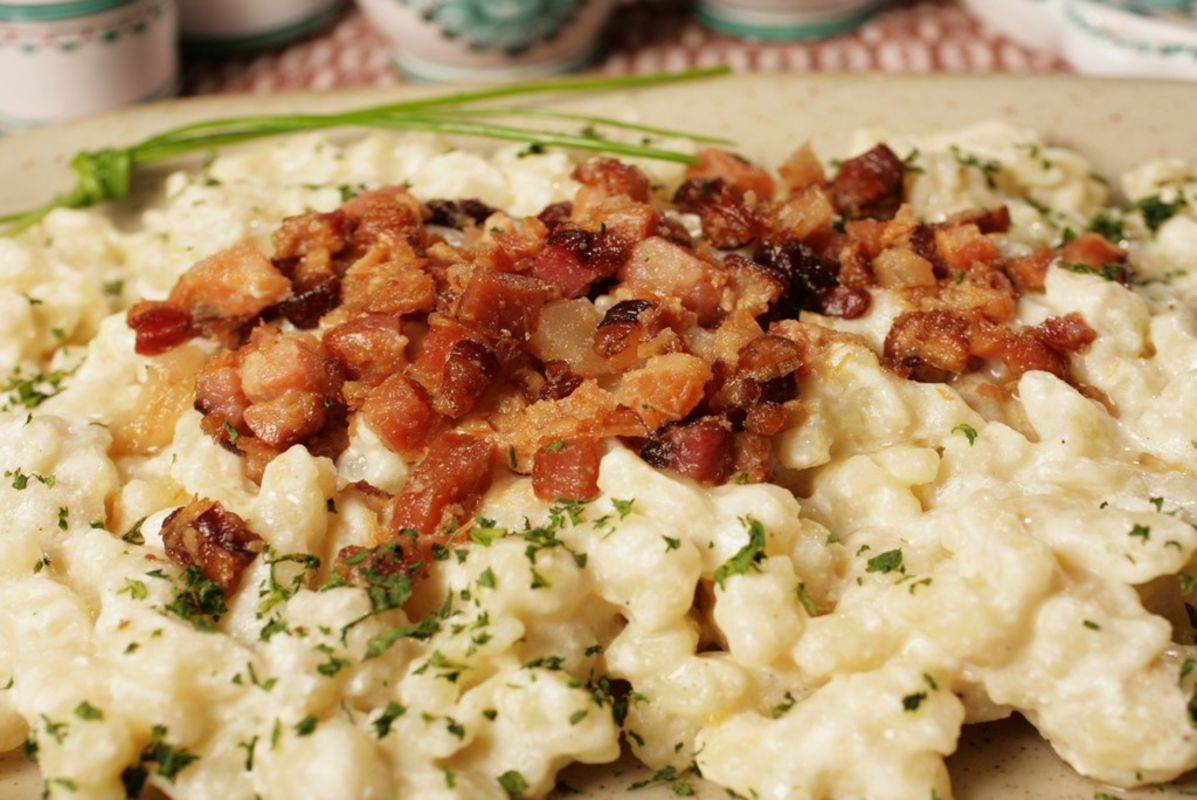 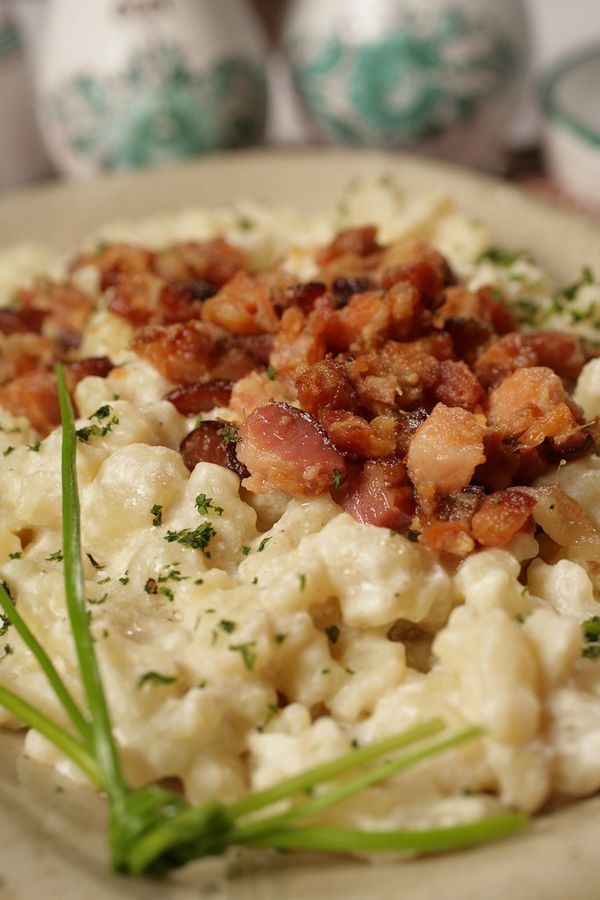