Getting here by plane

M. R. Štefánik Airport in Bratislava (BTS) offers the largest number of international connections in Slovakia. Visitors can fly directly to Bratislava from many European cities, with Ryanair providing the most direct flights to the Slovak capital.

The airport offers 30 regular flights to 29 cities and 15 countries, including stops in dozens of holiday destinations.

Out of 30 regularly-scheduled flights, 19 will be provided by Ryanair, 2 by Czech Airlines (Prague, Košice), and 1 each by Pobeda (Moscow), flydubai (Dubai) and Wizz Air (Skopje). Moreover, there are 8 regular seasonal and charter flights that will be operated by Smartwings.

In comparison to last summer, new options include Ryanair flights to Berlin (daily), connections to Brussels’ main airport (instead of Brussels-Charleroi, 6 times a week), Manchester (3 times a week) and Korfu (once a week).

New flight to Nis in Serbia in winter schedule 2016 will operate 2 times per week.

Pobeda provides a daily connection to Moscow-Vnukovo – replacing UT AIR, which used to fly to Moscow once a week.

The city under the Tatras has a direct airline connection with London (Wizzair). Between December 13, 2015 to March 2016, there will also be flights from Latvian Riga (AirBaltic) to Poprad.

To the Vienna Airport Schwechat (Austria)

Vienna Schwechat Airport (VIE) is only 50 km from the centre of Bratislava, highway ride from there takes up to 45 minutes. A taxi by a Slovak company from the airport to Bratislava is bout 50 € . Regular buses running to the Bratislava centre and Bratislava airport (BTS) are provided by Blaguss (45 minutes, 7.20 €) and by Slovak Lines (60 minutes, 7.70 €).

To other towns in Slovakia

Mostly by charter flight you can get to international airports in Poprad, Sliač, Piešťany and Žilina. 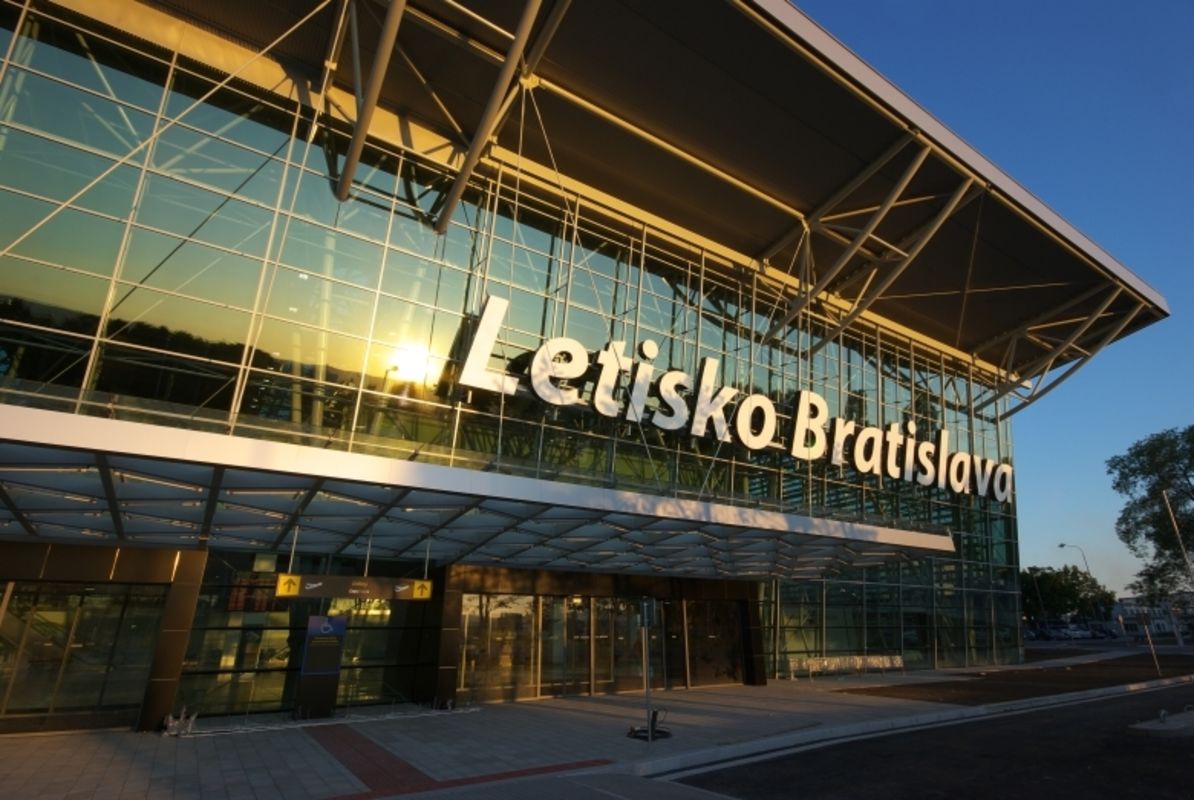