Despite the generally friendly atmosphere in Slovakia, we do not recommend LGBTI people to show signs of their mutual affection in public, outside the capital city. However, there are enough tolerant places, as you can read below.

Bars, Clubs, Night Life
The centre of the Slovak capital is tuned friendly towards LGBTI people, lots of bars, cafes and restaurants are often popular with the gay clientele. Especially hipster businesses, as are Štúr, Urban House, Gorila Urban Space, KC Dunaj, Foxford, St. Germain, U Fúza, Nu Spirit, U Kubistu, Tri-Šty-Ri are known for their very friendly and open atmosphere.
In Bratislava, The Apollon Club, which already has a long history and was one of the first of its kind in Slovakia, is exclusively oriented on LGBTI people. In particular, the club offers disco hits, home pop music, performances of drag queens. Similarly, are targeted other gay clubs outside Bratislava, i.e. Shanghai in Vrútky and Marseille in Košice. In Bratislava, also the „Be Happy“ bar and the „Club Sauna Expert“ is primarily aimed at gay clientele. These are homely businesses that already have their permanent regular guests.
The activities of the Queer Slovakia brought fresh wind on the Slovak scene. In Bratislava, at the Batelier club and in Košice at the Tabačka club, there is a queer party Tepláreň every two months, which is enjoying increasing popularity. It attracts colorful and interesting people; gays, lesbians, bisexuals transgender people enjoy entertainment together at Tepláreň. Musically, the Tepláreň focuses mainly on quality dance music, especially on deep house, tech house, techno style. The Tepláreň DJs have played in several European capitals, and thanks to queer atmosphere it attracts more and more people.
Another very popular action is the Homomat, which is usually held every other month in the Bratislava HSC club. It is the party with the highest concentration of sexy muscular men. Cheerful house music sets, quality DJs, welcome drink from attractive hostesses and captivating video projection ensure the success of the party. The Homomat alternates in the HSC club with two other events: the Tutti Frutti party, which brings radio hits in particular and the Kiki party, focusing on the concerts of foreign queer artists.
Queer Slovakia organizes also another smaller event - the Queer Beer, which is held every other Wednesday in Bratislava. Spaces vary according to season, from pleasant bars in the centre, to popular locations close to the Danube, during the summer months. The exact schedule of events is to be found at: www.queerslovakia.sk.
Art and Culture
The LGBTI culture in Bratislava is becoming more diverse and brings rich opportunities for cultural experience. Slovakia owes this also to the NoMantinels theatre, that prepares new theatre performances in each season, organises the BLOQ literary club; in autumn it brings the festival of queer dramatic art, the Drama Queer.
An important event on the LGBTI scene in Slovakia is the Film Festival of Diversity/Filmový festival inakosti, which always takes place in Bratislava in autumn and in spring it travels through several Slovak towns. The Month of LGBTI history/Mesiac LGBTI histórie annually provides rich program, which showcases a wide range of gay culture, from music, through theatre, literature to film. The Radio Kiki queer music festival, which found its place at the end of summer is destined for the fans of electronic and contemporary music.
Sport
In Bratislava, the LGBTI sports club the Lotus Flowers/Lotosové kvety, focusing mainly on volleyball, badminton, and hiking, has already been operating. This civic association organizes in the autumn also the Lotos Cup, an international gay volleyball tournament, with participating teams from London, Rome, Sofia and Moscow.

Social Acceptance
Despite the generally friendly atmosphere, Slovakia has still a long road ahead to the social acceptance of the LGBTI people. The Constitution prohibits marriages of the same sex couples and there is no other form of legal recognition of these couples (such as e.g. registered partnerships). We do not recommend LGBTI people to show signs of their mutual affection in public, outside the capital city.
In Bratislava, annually at the end of June, the Rainbow PRIDE Bratislava/ Dúhový PRIDE Bratislava is held, accompanied by a number of associated events. The event, which seeks to enhance the visibility of the LGBTI community and its problems, is regularly attended by visitors from the European countries. 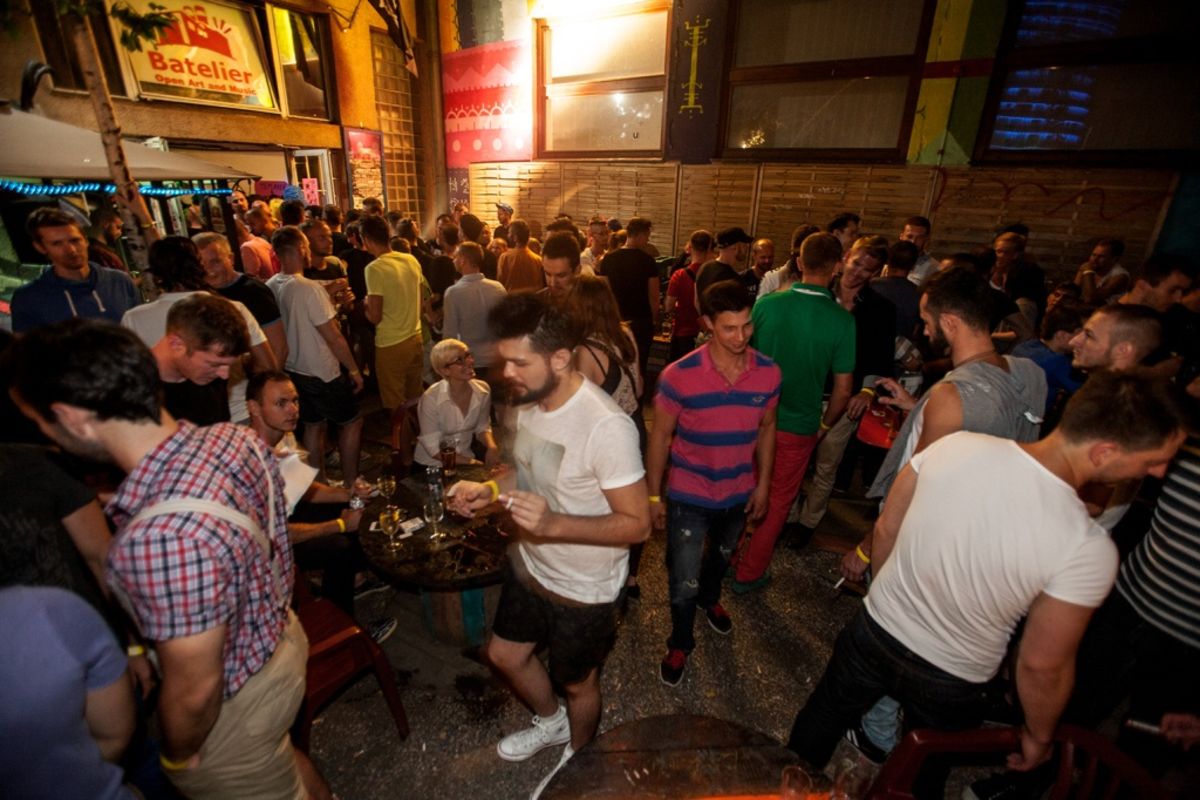