Gallery in the Theater, SNG a SNT Have Joined

Slovak National Theater (SNT) and Slovak National Gallery (SNG) have joined to enrich the time that visitors spend in the new SNT building the visit to the theater is not only about performance - but that it becomes a cultural ritual. Jointly they prepared an exhibition cycle Gallery in the Theater, which will last throughout 2014.

On 22 January 2014 the first two exhibitions will be made available - namely the exhibition of theater posters from the collections of SNG called Game for the Eye in the curatorial conception of Viera Kleinova and the exhibition Poetics of Periphery, which in the artistic works of contemporary authors (Lucia Tallova, Rastislav Sedlacík, Dominik Hlinka and Olja chills Stefanovic) will reveal sometimes worrying, another time poetic face of periphery. The exhibition is conceptually prepared by Alexandra Tamasova.
The gallery along with the theater have included in the exhibition plan several titles so as to cover a wide range of gallery collections, but also diversity which is offered by visual arts. Some titles correspond with focusing on the host - the theater, such will include also the exhibition dedicated to the selection from the theatrical poster and a monographic presentation of the legend of Slovak scenography To Ales Votava.
The selection will also include a sample from the collections of Naive Art, which contains unique painting, sculpture, sketch and graphic works of unexpected and poetic and quality. When preparing the project, the focus was set on qualitative selection, cultivated adjustment and all "gallery" parameters, with the intention of exhibitions being a really respectable partner of performances in the theater.
More 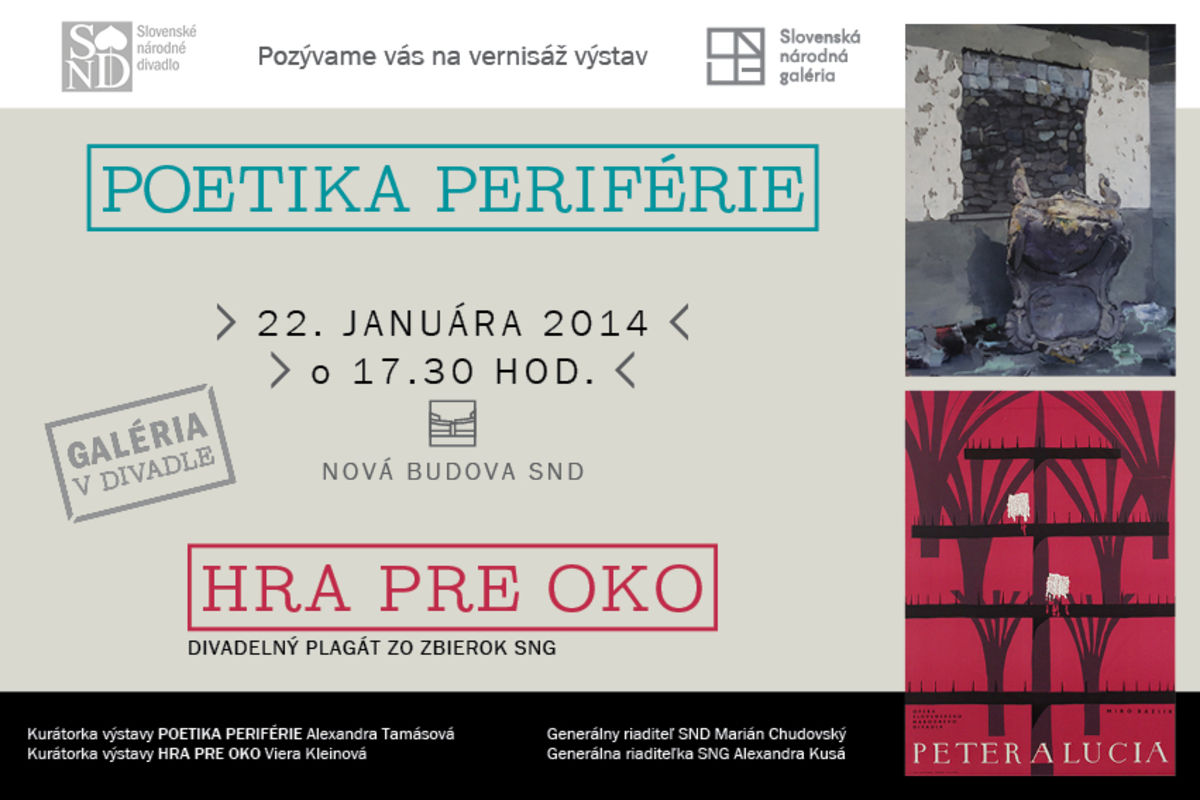