The sightseeing of Žilina starts at the Mariánske námestie square, with charming arcades. The Pillar of the Virgin Mary with the statue of the Immaculate erected in order to commemorate the conclusion of re-Catholization in 1738 stands in its centre.

One of the architectural dominants of the square is the Barque church of St Paul the Apostle with two towers and the Jesuit monastery from the mid-18th century. The most conspicuous building on the neighbouring square Námestie A. Hlinku is the Roman-Catholic parish church of the Most Holy Trinity and the Burian Tower standing next to it. It is one of the oldest Renaissance belfries in Slovakia. It is worth the toil to climb to its top as it offers a fine view of the roofs and lanes of the historic core of Žilina and the panorama of the surrounding mountain ranges.

The last steps will lead to the Castle of Budatín lying on the confluence of the Váh and Kysuca rivers. 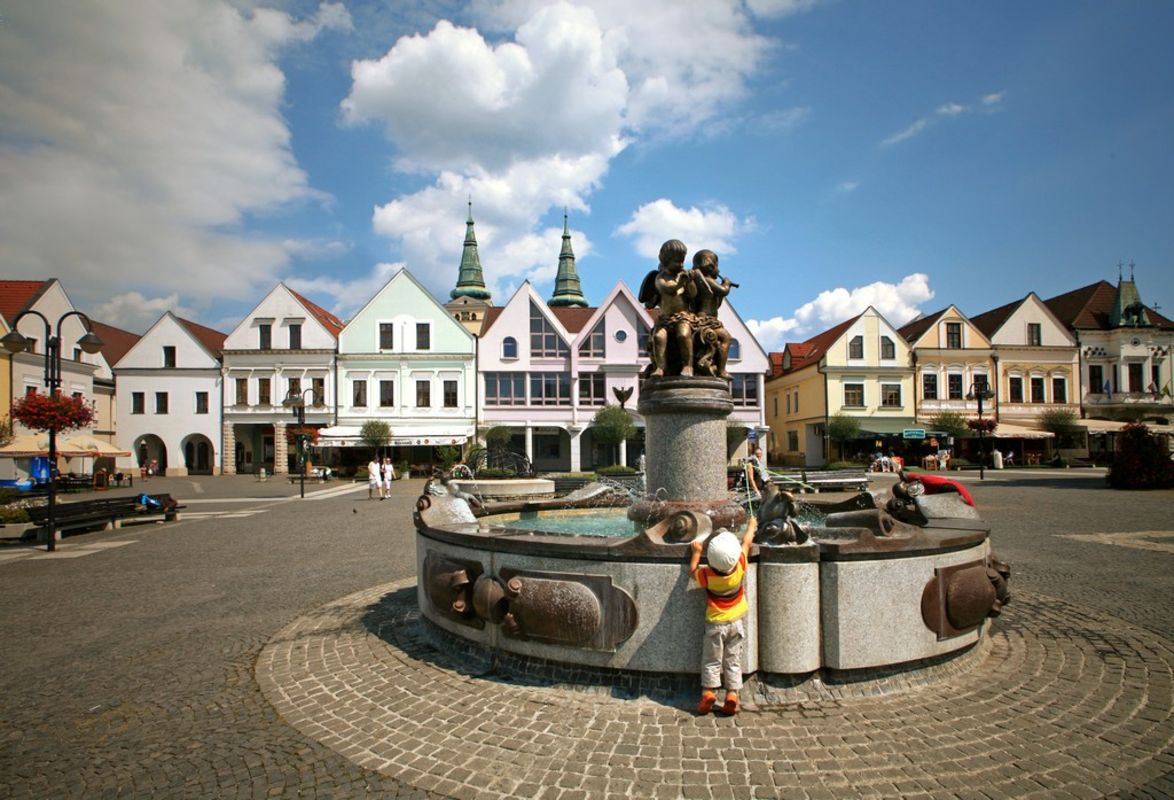