From the goblin Valentine to the Well of Love (Trenčín)

The walk around the town starts next to the synagogue from the beginning of the 20th century. The fount in front of it contains the statue of Trenčíns goblin. Passing below the town gate you will get to the Mierové námestie square. Its dominant is the Trinity Pillar erected in 1712. The square is mostly formed by the Renaissance and Baroque burgher houses from the end of the 16th and the beginning of the 17th century.

The most important building on the square is the originally Jesuit, later Piarist, monastery and the St Francis Xavier church built in the 17th century in the style of the Early Baroque. At present, there is a grammar school on the premises of these historic buildings.

The roofed staircase built in 1568 known as the Parish Staircase (Farské schody) leads to the Mariánska hora mountain, situated between the Castle and the town centre.

The dominant of the town is the Castle of Trenčín. Perhaps the most popular part of the Castle area is the 80 metres deep Well of Love and the story of Omar and Fatima associated with the well. After returning to the Mierové námestie square it is worth visiting its northern extreme next to the Tatra Hotel, where you can see the inscription on the Castle rock from 179 left here by the Roman soldiers or to visit the Gallery of M. A. Bazovský in the near Palackého street. 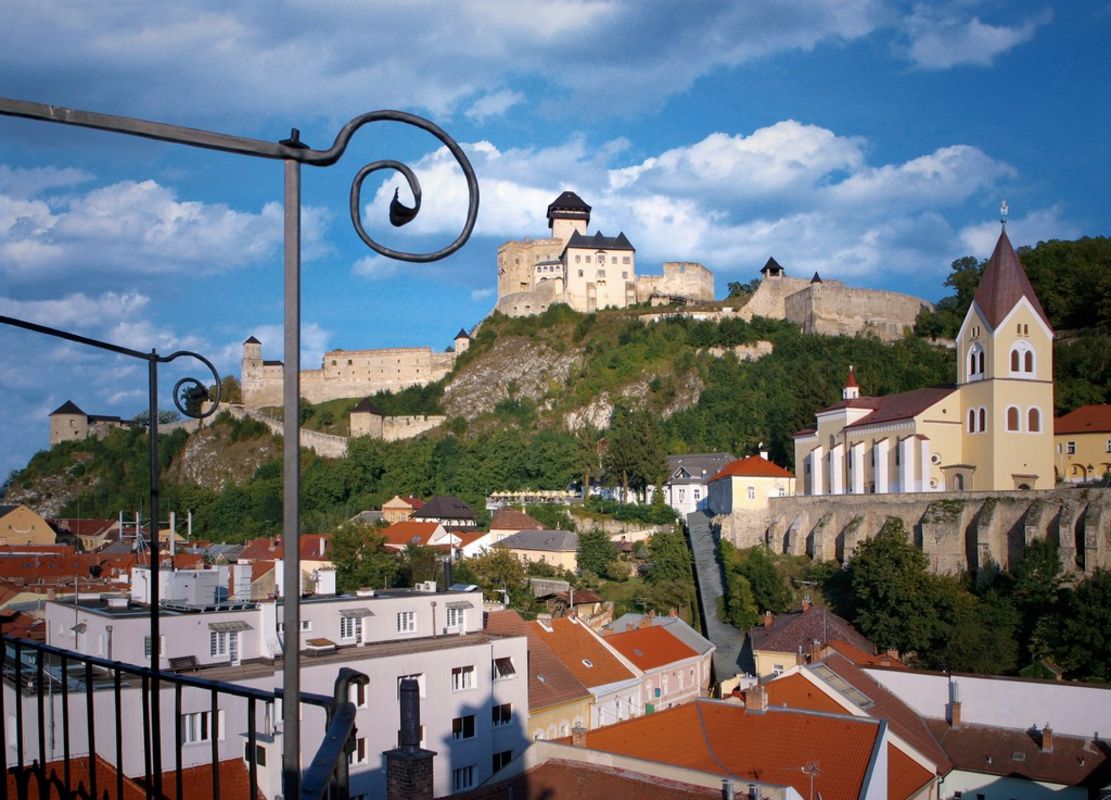