A monumental square with a large green space and the biggest fountain in Bratislava. The influential architecture around the square evokes memories of building socialism while evoking respect and nostalgic and the same time.

The current arrangement of the Freedom Square (Námestie slobody) is from the 1980’s and buildings around of functionalistic style are also a heritage from the communistic era. Important events were taking place on this square in the past. The Slovak inventor Ján Bahýľ in the year 1897 took off on the world’s first helicopter. The dominance of the square is Družba Fountain, which is the largest fountain in Bratislava. The core of this stainless steel artwork is the linden flower which is a symbol of Slavs. The flower itself is 9 m in diameter and is the centre of the circle which is 45 m in diameter. The original cascading pools surrounding the fountain have a difference of 2.5 m.

Prior to the revolution the square was officially known as Gottwald Square, but the old town people used to call it Firšnál. Klement Gottwald used to have a gigantic statue here which was demolished. On the Westside of the square are the Governmental Offices of the Slovak Republic (Úrad vlády), the original summer castle of the Ostrihom Archbishops. The original seat of the 17th century was reconstructed and rearranged in the following centuries. In the garden of the castle there was a work shop of the important baroque Austrian sculptor Georg Raphael Donner for almost 10 years. 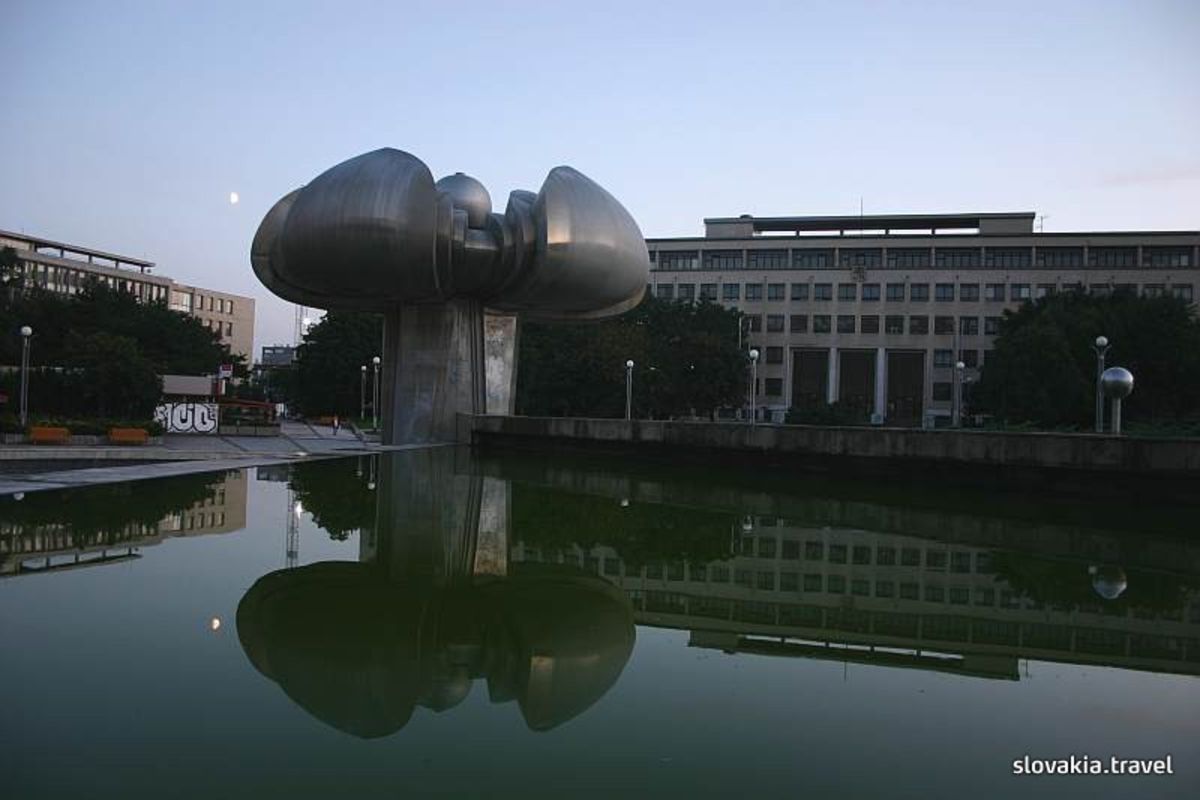