Following the steps of the Good Soldier Schweik

In the East of Slovakia a new Zemplín bicycle trail that follows in the footsteps of the Good Soldier Schweik, was festively inaugurated on 9. May 2014.

Following the footsteps of the Good Soldier Schweik, is the title of the new bicycle trail, which will appear in the Northeast of Slovakia. The 52 kilometre route, which begins in Laborecky mountain saddle near to the village of Palota and ends in front of a statue of the soldier Schweik at the Humenné Railway Station, continues the Schweik cycle path from Poland, which however starts in the Ukrainian Lviv.
The bicycle route follows the railway line, by which the frontline troops were travelling in the past, during World War I, and according to the world-famous novel by Jaroslav Hašek also the legendary figure of the Good Soldier Schweik did. This is the first part of the bicycle route, which should continue to the Slovak-Hungarian border, where it should then connect to other bike paths under the heading of Schweik through Budapest, Vienna, Ceske Budejovice to Prague.
The new route for cyclists has been built by the Phoenix - Fénix organisation, in collaboration with the Regional Board of Tourism of Horný Zemplín, Horný Šariš and the Northeast Regional Board of Tourism - the Northeast of Slovakia - Prešov, to commemorate the 100th anniversary of the outbreak of the First World War. 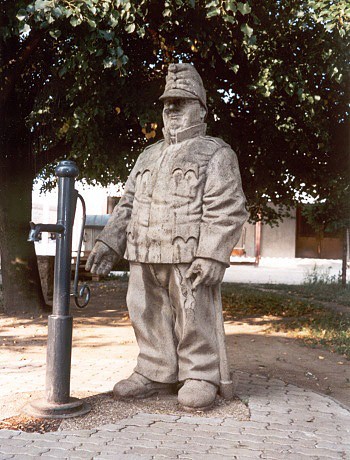