Rivers and streams once provided freshwater fish more than today. In Slovakia, the most popular are carp, trout and pike even at present.

The Christmas Eve table could not lack fish, usually carp. On the other hand, Slovak forests provide plenty of different kinds of edible mushrooms. In the cuisine, mushrooms are used with meat, scrambled eggs, soup or sauce. Mushrooms got into our tradition also as festive food.

Procedure:
Cut the onion into little cubes, roast in lard until glassy, add chopped bacon, roast for a while and add sliced mushrooms. Season with salt and pepper, add the cumin and roast shortly for about 10 minutes. Then add the parsley, thyme, sprinkle it with about two tablespoons of fine bread crumbs and roast just a few minutes more. Let cool slightly.
Wash and dry the trout, season it with salt also from inside, fill it with the stuffing and place on a baking pan or baking bowl. The stuffing which remains put alongside the fish. Sprinkle the trout and the stuffing with lemon, put the pieces of butter on the trout and roast in a preheated oven at 180 ° C for about 10 minutes. Then you can raise the temperature and roast it for 5 more minutes. Serve with boiled or baked potatoes.
More 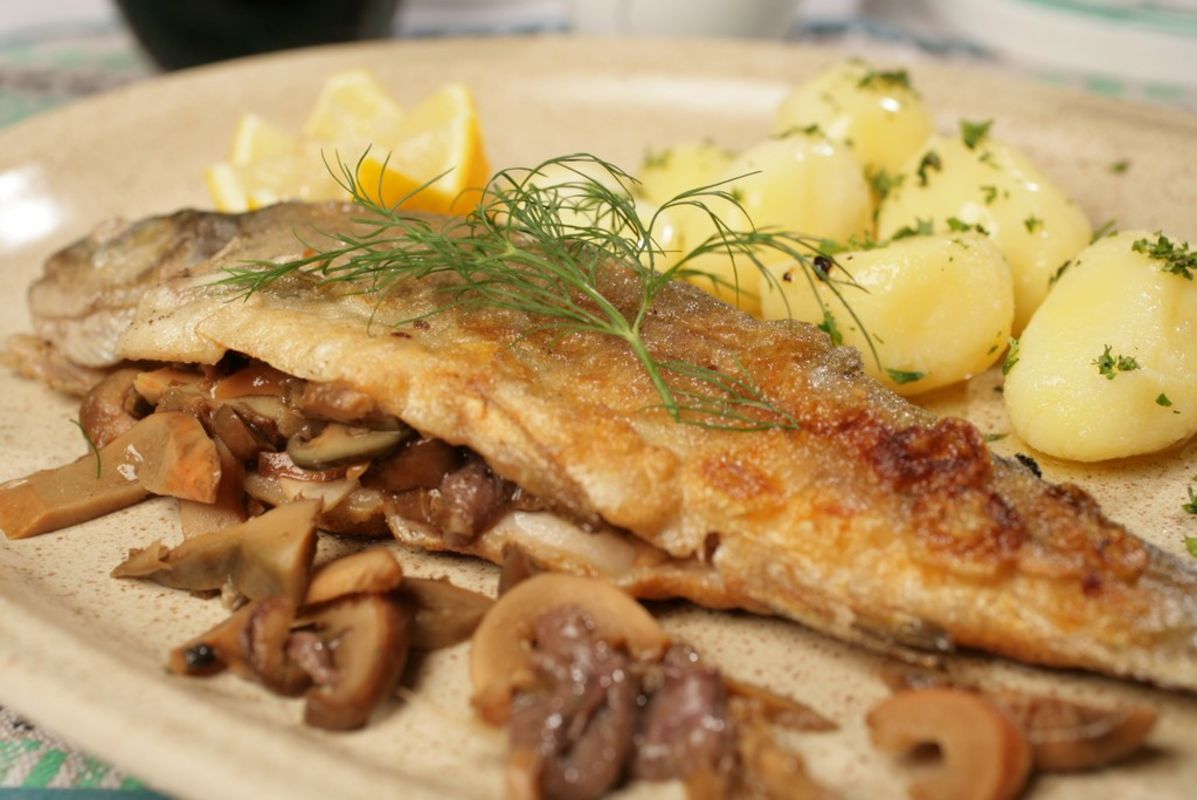 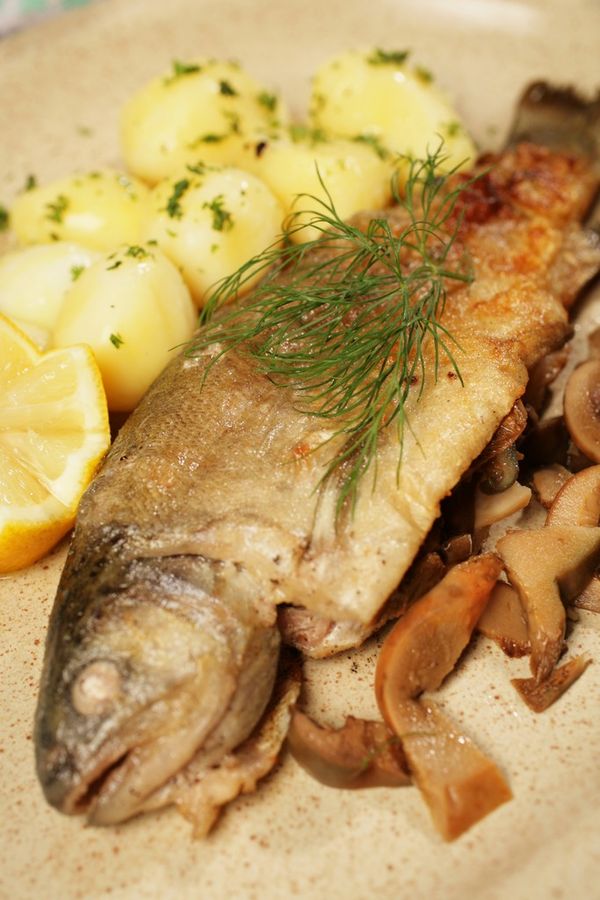