The most important dominant and the pride of the village Kraskovo is the old Early Gothic Evangelical church built on the site of an old church from the 13th century as the archaeological research confirmed.

On the walls of its presbytery and on the northern wall of the nave are the Gothic wall paintings from the 14th century. The church was fortified by wall and rebuilt in the 15th century. In 1555 Turks damaged it but it was restored again in the years 1814 and 1906. The paintings including the Ladislavs Legend and the church furniture was restored for the last time in 1985.

The same artisan made the Renaissance altar and the pulpit carved in wood from 1668. The wooden painted chancel is from 1669. The wooden panel ceiling from 1758 with folk paintings was adapted to the preserved fragments of older Renaissance ceiling from 1562. The stone baptistery with Romanesque elements is from the end of the 13th century and the Classicist organ is from 1818. The church was taken over by the Evangelicals after the Reformation. The wooden Renaissance belfry from 1657 stands next to the church. 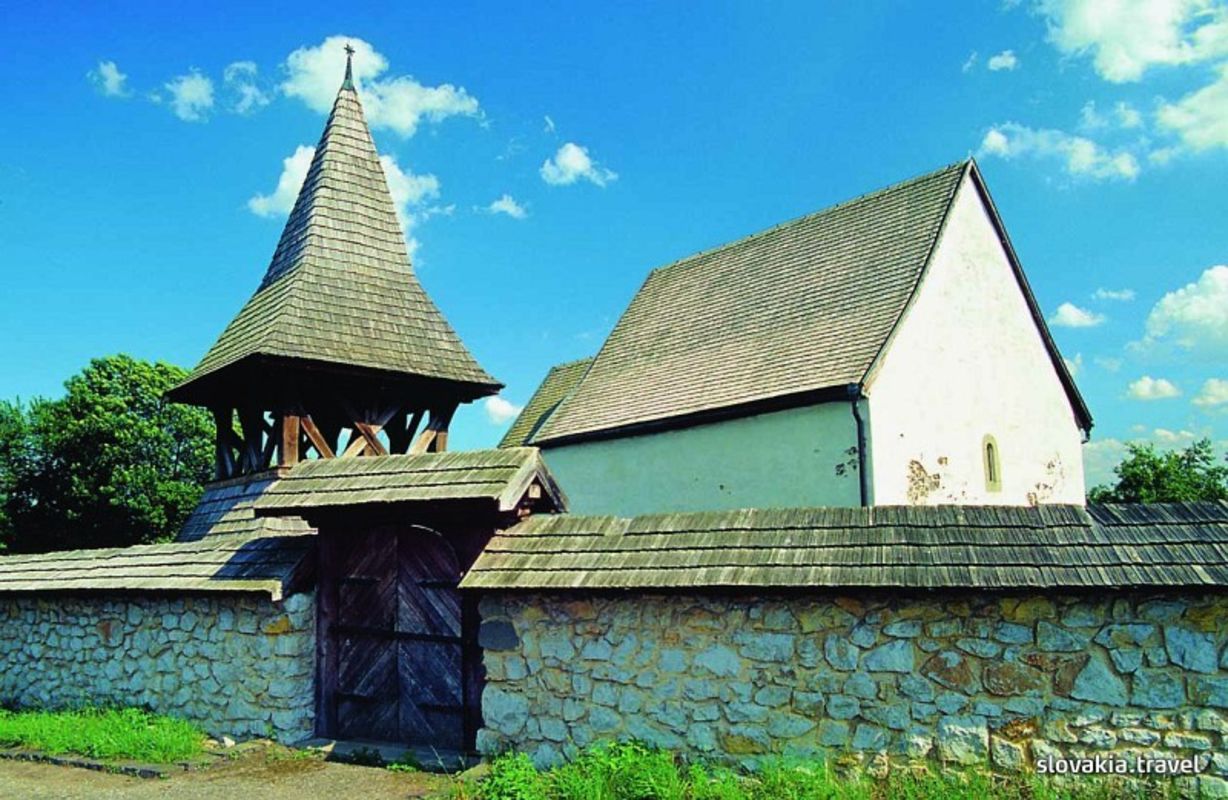