Eastern Slovakia, with its hilly terrain in the north and lowlands to the south, as well as borders with Poland, Ukraine and Hungary, is something to be seen.

The region is perhaps the richest in man-made lakes and the biggest can be found at the Zemplínska šírava summer resort. The sunny hills in the south are an ideal setting for vineyards and Tokaj is the most famous wine from this area. The bulk of Slovakia’s wooden churches are in the northeast of the country.

Those located in Bodružal, Hervartov, Ladomirová and Ruská Bystrá have been listed as UNESCO sites.

Part of this list are also several caves from the region like Domica and the Ochtinská Aragonite caves or for the more adventurous the Krásnohorská Cave.

The capital of eastern Slovakia is Košice, the country’s second largest city, which boasts arguably the finest Gothic construction in the whole country, St Elizabeth’s Cathedral. Another notable city Bardejov, once one of the richest towns in the Hungarian Kingdom, is now listed as a world heritage site by UNESCO. 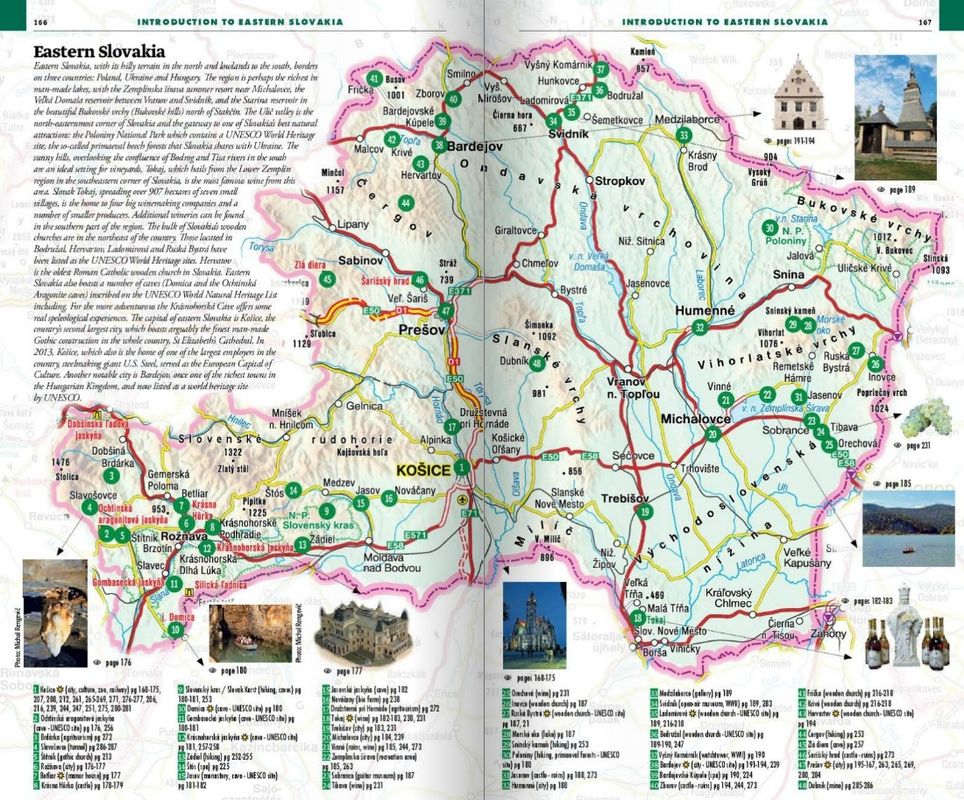