Thanks to skiing possibilities they offer, The High Tatras are well known also abroad. But not everybody knows, that in winter there are good conditions for skiing in almost the whole territory of Slovakia.

Slovakia is mostly a mountainous country, typical for its vertical unevenness. This fact, together with the continental climate, creates favourable conditions for skiing. Ideal natural conditions are mostly in the Tatras where winter sports have been developing fully since the end of the 19th century in the local centres.

The first races started in the Tatras in 1911. The first downhill race was organised on the 6 km track starting at Sliezsky dom and finishing at Tatranská Polianka. Two years later, the first cross-country skiers set off for the race. The ski jumpers made their first jump on the wooden springboard over Tatranská Polianka. Today the length of the jumps makes us smile as the longest of them was only around 25 meters long. The history of skiing was later connected with Štrbské Pleso and its centre Areál snov which in 1970 became the place of the skiing world championship.

Today, alongside with other well-known ski centres of the Tatras and the Fatra ranges, several centres in lower mountains have been built and their offer is still growing. In winter there are good conditions for skiing in almost the whole territory of Slovakia. Ski tracks with lifts are in all mountain ranges from the Malé Karpaty Mountains in the west to the Nízke Beskydy Mountains in the east. The use of artificial snow has now equalled the differences that previously existed in the duration of ski seasons between the high-mountain and sub-mountain ski centres. Many ski tracks are also lighted in the night. 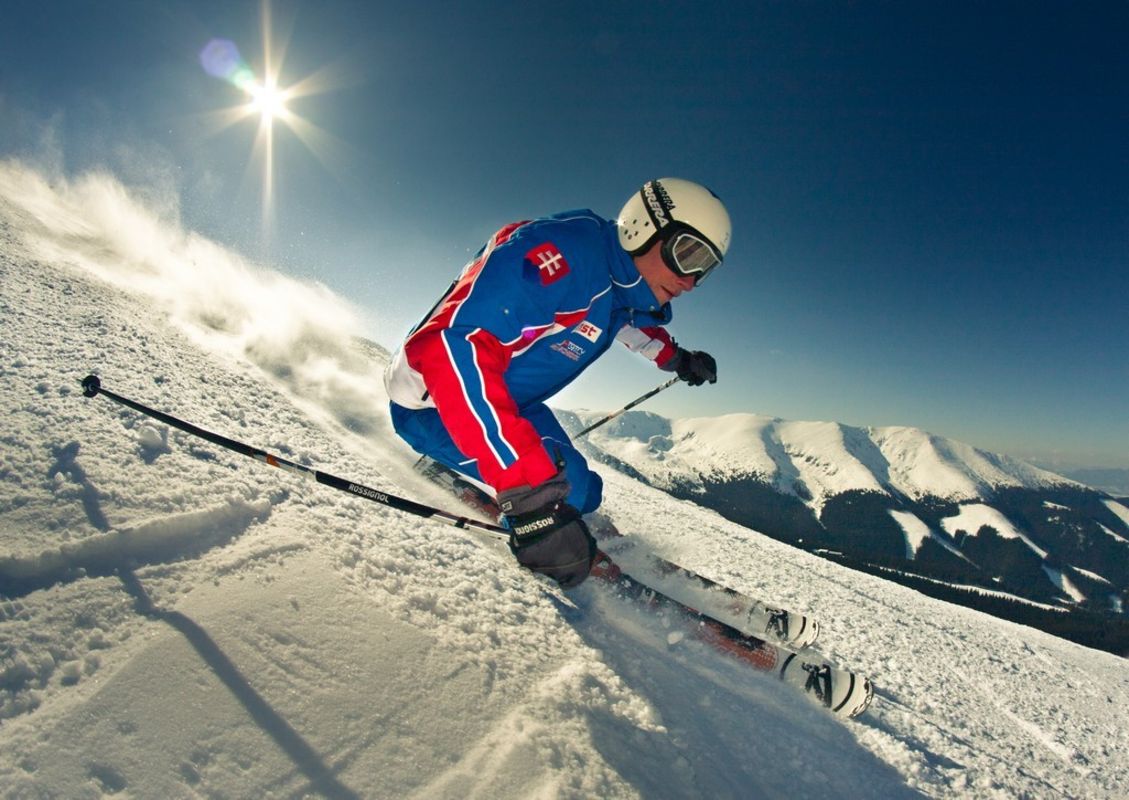